9/11 Anniversary: We Watched the Attacks from Our Classroom 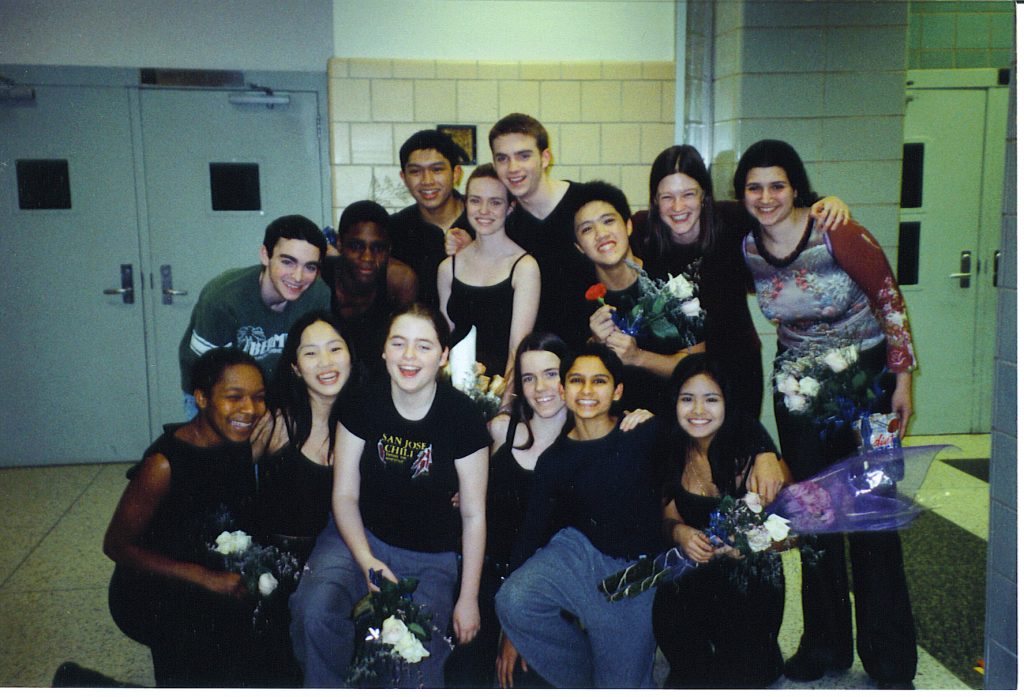 On Sept. 11, 2001, Annie Thoms was 25 and just starting her second year teaching English at Stuyvesant High School, which is located just four blocks from Ground Zero. The students and faculty watched as tragedy unfolded around them.

Although the school was not structurally damaged, classes were moved temporarily so the campus could be used as a center for rescue and recovery operations. Thoms instinctively knew that she and her students needed to make art from what they had experienced. She began working with 13 young actors and directors to create a play that was based on interviews with Stuyvesant students, faculty and staff. Those interviews captured what it was like to witness the nation’s worst act of terrorism and the emotions that followed.

“I was trying to model the kind of work that Anna Deavere Smith does, which is such a powerful form, because it’s oral history, journalism and poetry all wrapped up together,” Thoms said.

Over a two-month period, the students conducted interviews with people of all ages and races, including students, faculty, janitors and secretaries.

“It was an exercise in asking open-ended questions and then really listening to what people had to say. That’s a different kind of listening, and the students felt a real responsibility to portray that person very accurately.”

After the interviews were conducted, the students pored over the recordings and decided which portions to put down on paper, in what order and how to best represent each person’s speech using spacing and line breaks.

“It was something they took incredibly seriously, how to communicate on paper what the person’s voice should sound like,” Thoms said.

The result was a play-length poem of monologues called “With Their Eyes: September 11th–The View from a High School at Ground Zero.” It was published by Harper Collins and has been performed by schools and repertory theaters throughout the country.

Thoms has been gratified by the response and has attended several of the productions. She adds with a laugh, “It’s been funny to see that some people across the country think that all New Yorkers sound like characters on “The Sopranos.”

Fifteen years later, Thoms is still teaching at Stuyvesant, while the students who wrote the play have scattered across the country. Some are doctors and lawyers, several are now parents. But every year, many of them gather together for a reunion to remember that awful day and the play that they created together.

Thoms thinks the work has had such resonance, because it documents the event with such complexity.

“Normally, when we think about history, we get single points of view. But what is great about this monologue project is that it opens the door to a wide variety of complex reactions. It shows there’s not just one way to react or one way to come back to normal. There’s a rich tapestry of emotion.”

From “With Their Eyes: September 11th–The View from a High School at Ground Zero.”

huge plane it was…

it looked much bigger than the first one,

it looked like one of those jets, you know, in the movies,

you know, Air Force One or something, one of those big jets.

It was one of those and it just hits –

It hit the building right there.

I noticed it enough to say to my class

it must have been a truck

you know how sometimes you’ll hear something like that.

We all went to art.

My art class is on the tenth floor

we couldn’t see anything but

everyone was looking out

but I still want you guys to draw.

You can tell your kids that when

the World Trade Center was

you guys were drawing

I got this weird transmission

the strangest transmission in my life

that a plane hit the World Trade Center

and I ran into the computer room to see.

I haven’t gotten back into that office.

The recollection of what I saw is framed in that window,

like if I had to draw you a picture I would

have to draw the window frame as well.

just looking at these banners I get a little choked up.

So I – I fear going into that office

and take it in

We didn’t know what was going on

psycopathic lady running down the hallway

What is wrong with HER?

But then we heard that thing on the speakers

tiny and they were telling us out of respect

and everyone had a moment of silence.

but I saw my friend and he was telling me

like about all those things he was seeing out the windows

to touch base with their parents

to see if they were okay…

and there were actually many of them crowded into my room

and the electricity went out

momentarily and the lights started flickering and everyone screamed

and dropped to the floor, frightened.

And I just tried to comfort them.

Find more free resources on remembering the events, victims and families in our 9/11 Memorial Collection.

This article was originally posted by PBS NewsHour Extra and can be found here.