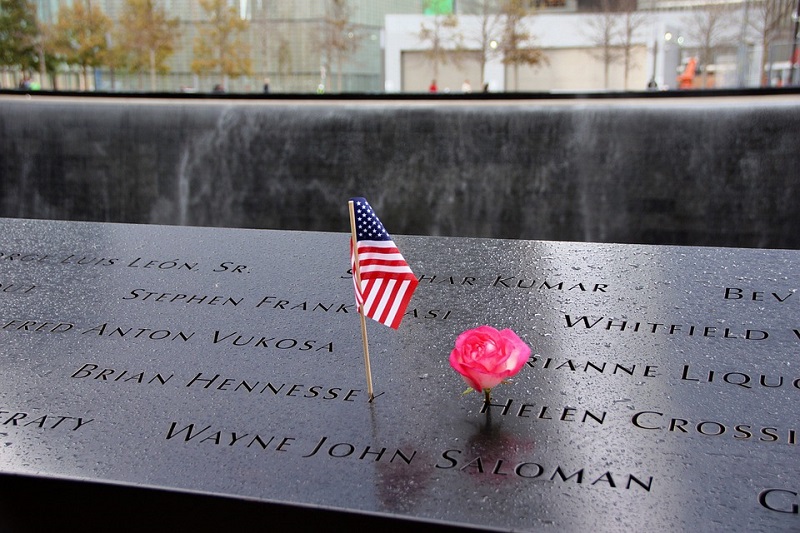 I was 25 on September 11, 2001, or 9/11, beginning my second full year of teaching at Stuyvesant High School. On that morning, I emerged from the subway station to see Chambers Street filled with people, all looking up. I looked up too. Both towers of the World Trade Center were on fire, smoke billowing from the gashes left by the two airplanes which had crashed into them minutes before. From those gashes flew swirls of paper, and small black objects fell from the windows. After a moment, I realized that the small black objects were people. I caught my breath and turned down the hill, toward school.

Moments from that morning are burned into my memory: The way the building shook as the first tower fell. Meeting my freshman homeroom in the cafeteria, one girl crying beneath her hijab; two other girls who had met only days earlier trying to comfort her. Walking down the stairs as if for a fire drill, understanding for the first time the purpose of fire drills, feeling oddly normal even as one of my colleagues yelled, “This is not a drill! This is a real emergency!” Walking north on the West Side Highway, watching students disperse in small groups. Looking back at one point to realize that the second tower had fallen.

I was deeply aware in those moments – I think we all were – that the world had changed irrevocably. It is a strange thing to know this at the moment it is happening.

Teaching 9/11 as a History Lesson

In the months following the attacks, I worked with a small group of students to create and perform the play, “with their eyes.” Ten student actors interviewed 23 members of the Stuyvesant community – students, faculty, and staff – recorded, transcribed, and edited the interviews, and performed them in the character of the interviewees. Each interview-based monologue used the actual words and speech patterns of the interviewee, complete with pauses, “likes” and “ums.”

The play was a patchwork of individual experiences: a senior who had to move out of his apartment near ground zero, furious at the tourists who came to take pictures of the site; a pregnant English teacher; a security guard who saw his life flash before his eyes; a Muslim student worried about racial profiling. The power of the play came from the ways these individual stories spoke to each other, complicating the narrative of our common experience rather than reducing it to sound bites.

“With their eyes” was performed at Stuyvesant in February 2002, and published as a book by HarperCollins in September of that year. The creation of the play, the life of the book, and the experience of teaching in the same place in the years since, have taught me many lessons over the last 15 years.

I learned that when students are invited to bring their own experiences into their work and entrusted with creative freedom, they are capable of extraordinary things.

"As I do every year, I will hope for cloudy skies, not the clear blue I remember from the day of the attacks."

I learned that diversity of voices matters. The student director and producers and I made a conscious effort to cast students from all four grades, representative of the racial and ethnic diversity of the school. We chose a diverse group of interviewees, including staff members. Through the creation of the play, we heard, and were able to share stories we might easily have missed. We grew friendships we might never have made. We came to understand our community more fully by seeking out stories we did not already know.

I learned that individual stories have the power to connect across geographic distance. “With their eyes” has been produced at high schools from Kansas to Florida, from Washington to South Dakota, and by two repertory companies in California and Missouri. Students have written to me about the bond they feel with the interviewees they chose to portray, and how that bond helped them understand the events of September 11 in a far more personal way. The specificity of a single person’s experience can forge a stronger connection than any broad generalization.

"I was deeply aware in those moments – I think we all were – that the world had changed irrevocably."

I learned how quickly experience can become history. Students in my classes remembered 9/11 as high-schoolers; then as middle-schoolers; as grade-schoolers; then, only through their parents’ stories. Ten years later, the experience was already a generation removed.

Most importantly, I learned that everybody has a story to tell. All you need to do is ask, and listen.

9/11 and the Importance of HIstorical Memory

I will return to Stuyvesant this week, as many of my colleagues on the faculty and staff do every year, with the memory of that morning in September 2001 still fresh in our minds. I will be grateful that this year’s anniversary falls on a weekend rather than a school day. As I do every year, I will hope for cloudy skies, not the clear blue I remember from the day of the attacks. I will plan, and teach, and grade, and look for ways to get to know my students’ stories this year, to keep history in mind while striving to understand our community as it is now.

Find more free resources on remembering the events, victims and families in our 9/11 Memorial Collection.

This article was originally posted by PBS NewsHour Extra on September 10, 2016 and can be found here. 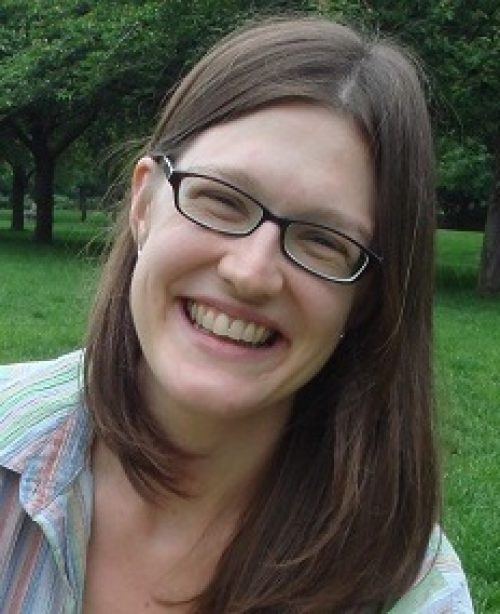 Annie Thoms teaches English at Stuyvesant High School (her alma mater), and has worked as a teacher consultant with the NYC Writing Project. She is the editor of the interview-based monologue play with their eyes: September 11th – the view from a high school at ground zero. She is also a mother of three, and blogs about children’s literature at annieandaunt.blogspot.com. Annie is a regular guest on WNHH Radio’s Book Talk.