The Legacy of American Muslims: The Importance of Teaching the History of Muslims in America 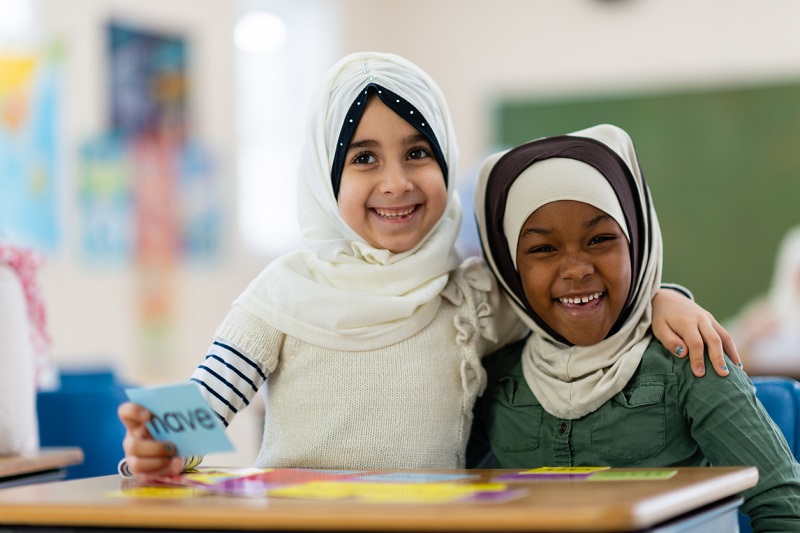 This year will mark the 20th anniversary of the horrific 9/11 attacks on American soil. For many, that infamous day will be etched into memory. Many can recall where they were, what they were doing and exactly how they were feeling when they watched the attacks unfold. Since the attacks, educators have sought to educate students about the events with a wide range of goals, including teaching civic education, discussing current events, perspective-taking and many others. How are those lessons impacting students?

Research is showing that the demographics of U.S. classrooms are rapidly changing: 26 percent of students in schools are immigrants or the children of immigrants. How are they making sense of the lessons they are being taught about 9/11? Instead of strengthening civic identities and commitments to pluralism, many approaches to teaching about the events of 9/11 have been found to stir up anti-Muslim and anti-Arab prejudice in our schools. Arab, Muslim or those perceived to be one of the two, such as Sikhs, find themselves targets of increased bigotry around the anniversary of the attacks. Many Arab/Muslim students describe feeling a sense of anxiety and uneasiness due to the hyper identification of those who committed the crimes.

According to research by Dr. Amaarah DeCuir in her article Lessons About 9/11 Often Provoke Harassment of Muslim Students, she states that Muslims students are “subjected to ridicule or blame for the 9/11 attacks.” One student said, “9/11, every single year, is so awkward. The administrators would be like ‘On this fateful day, this happened’. … Then the Muslim jokes would come up. … When I was younger it bothered me, but now I’m just desensitized to it.” We know that many educators work hard to ensure that their classrooms are a safe space for all students, but we cannot ignore how an educator's intent, however well-intentioned they might be, can have dire impacts, even after a lesson is taught.

The reason 9/11 can cause so much angst among Muslim students and spark stereotypes, myths and misunderstanding among others is that many educators don’t know very much about their Muslim students, nor do we include their stories in our teaching. Without that context, young people are first introduced to Muslims in the curriculum through the stories of 9/11.

What should we know about our Arab and Muslim students?

Many educators do not know but should know the following:

The history of the first Muslim(s) on the continent of North America is contested, but scholars agree that the first wave of Muslims to come to the shores of what is now the United States were enslaved Africans. Harvard University’s The Pluralism Project explains that: “the first significant migration of Muslims to America, however, is an indisputable fact: in three centuries of the slave trade, an estimated 10 to 50 percent of the10 million Africans brought to these shores against their will were Muslims.” Due to the high literacy of enslaved Muslims, many were able to write their autobiographies in Arabic, which would later be translated into English. Two prominent autobiographies are those of Bilalia Fula and Omar ibn Said, which described their lives prior to enslavement and the duties they completed in America, like fighting during the War of 1812. Sadly, within one or two generations, Islam as a practiced religion faded away due to the harsh realities of enslaved life in the U.S.

Although slavery did not allow for the generational passing of religious traditions, documents have surfaced that prove the influence Muslims in the U.S. had during the 18th and 19th centuries. The American Muslims: A History Revealed timeline proves the diverse presence of Muslims on the continent. The timeline begins with the early Spanish conquistadors, the documentation of an enslaved mother and her child at Mount Vernon, and the many American Muslims who fought in the U.S. Civil War. There would later be an emergence of the return to Muslim roots in the Black community during the Great Migration North that led to the African American Muslim Nationalist Movement with the emergence of prolific civil rights leader Al-Hajj Malik Al-Shabazz also known as Malcolm X, and the famous boxer Muhammad Ali formerly known as Cassius Clay.

Just like their African American brethren who left the South to go North and West to find better opportunity, the mass migration of Arabs in the United States, and the emergence of Arab American communities began in the late 19th and early 20th centuries with immigrants seeking better opportunities. People from the Middle East traveled to states in the Midwest (such as Ohio, Michigan and Iowa) to seek employment in large factories or manual labor. Although many of the Arabs who emigrated to the U.S. were classified as “Turks'' due to the Ottoman Empire’s control of the region, most Arabs came from Lebanon, Syria, Jordan and Palestine. As is the norm for many immigrants who try to create a new life in a new land, many Arab immigrants were isolated due to language, custom, race, and religion, which led them to create their own communities. Cedar Rapids, Iowa, boasts that it has the first mosque in the country, The Mother Mosque of America.

After the growth of many of their original communities, as is the case with many other immigrants, Arabs would move to the suburbs or other places following opportunities for their families. As a result of the 1965 Immigration and Naturalization Act, Muslims from other Muslim-majority countries began migrating to the U.S., sharing in the diversity of American Muslim communities. According to a study by the Pew Research Center, there were an estimated 3.45 million Muslims of all ages living in the U.S. in 2017, and Muslims made up about 1.1 percent of the total U.S. population. That number grows because of higher fertility rates but also a continued migration of Muslims to the U.S.

Growing up, I always loved it when my father would ask: “Did you know that actor is Arab?” I had the same feeling when I saw commercials of Muhammad Ali on television. As a first-generation Palestinian American, the only Arabs I knew were either related to me or actors in movies I watched with my parents. Once I discovered that there was an Arab presence for years before my very existence, I became even more interested in knowing the history of Arabs and Muslims in this country. My identity as an Arab American was shaped by the political and social norms I witnessed in my home growing up, but my Muslim identity was solidified after reading the Autobiography of Malcolm X.

Many are not aware of the history of Muslims in America because their narrative or voices are not given room within the curriculum to explore their place in the historical markers of our nation. As we continue to teach about Muslims/Arabs as a reaction to one tragic event, we continue to perpetuate the narrative that the relationship between Muslims and America is new and volatile. Although the majority of the first Muslims who arrived at this nation were enslaved, that does not exclude the history the United States has had with Muslims since the inception of this nation. As Ala Alryyes, associate professor of comparative literature and English at Yale, and author of Original Subjects: The Child, the Novel, and the Nation, states so eloquently in an interview with Back Story: “(Muslim story) is not the full story but a clear example of the fact that Islam and America did not just meet on September 11, 2001, and that they had a lengthy complex and more interesting relationship than that.”

The Muslim and Arab American experience in the U.S. is just as unique as it is diverse. If you were to come to any of my gatherings, you would be surrounded by friends and family who span many cultures: Black American, West African, North African, Arab, Pakistani, and even Bosnian. Muslims take pride in the diversity of their communities, and Arabs take pride in their rich cultural heritage, so why not highlight such amazing qualities by seeking out the resources or even people who can help you expand the historical experience for all students?

Even as an adult, I always worry when 9/11 approaches because that time of year triggers many horrific memories that transpired during and after the attack. As a former classroom teacher and parent of a child in the public schools, I always think about the one issue that needs to be addressed: why the idea or concept of Muslim Americans or Arab Americans is only being taught during a lesson about 9/11. How do we move the pendulum to swing in favor of allowing students to learn about a group of people who are not “foreign” to the United States nor become marginalized to a one-day event that causes more confusion and harm toward students who identify as Arab or Muslim or both? I am aware that many curriculums on world cultures teach about Muslim empires, but teaching that one concept has students believing that was in the past, and there is no longer any connection to Muslims or Arabs. The answer to these questions: creates more culturally responsive lessons/activities throughout the year that revolve around the history of Muslims/Arabs in the United States that dates back more than 400 years. 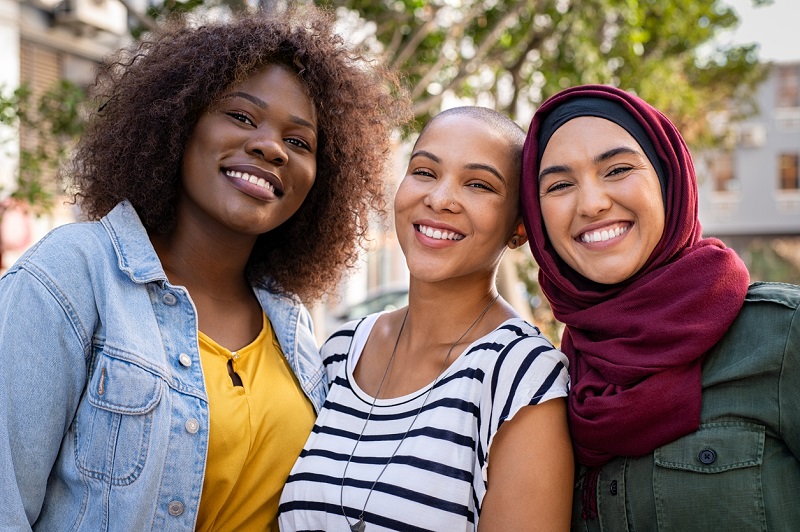 Not a full story …

When I later left the classroom to work on writing curriculum, I made it my mission to include as many voices as possible, because I wanted to give the opportunity to many other students to experience the value of “seeing themselves” in a positive light among their peers. I mention this to say: We cannot teach about Muslims/Arabs in a vacuum that revolves around one horrific event. If we want to allow our students to build empathy, civic knowledge and develop a stronger democratic society, we must begin with what is being taught and how it is being taught in the classroom. This will create opportunities for enhanced engagement that will benefit all students, not just those who identify as Muslim, Arab or both. It will help on the anniversary of 9/11; and more importantly, it will provide a deeper understanding of the many communities that make up our country.

Here are some resources to utilize in your quest to include the voices of Muslims/Arabs in your curriculum:

Abeer Shinnawi is the program lead for Re-Imagining Migration, a first generation Arab American, a devoted advocate for equity, and the mother of three girls.