There Are No Bad Kids 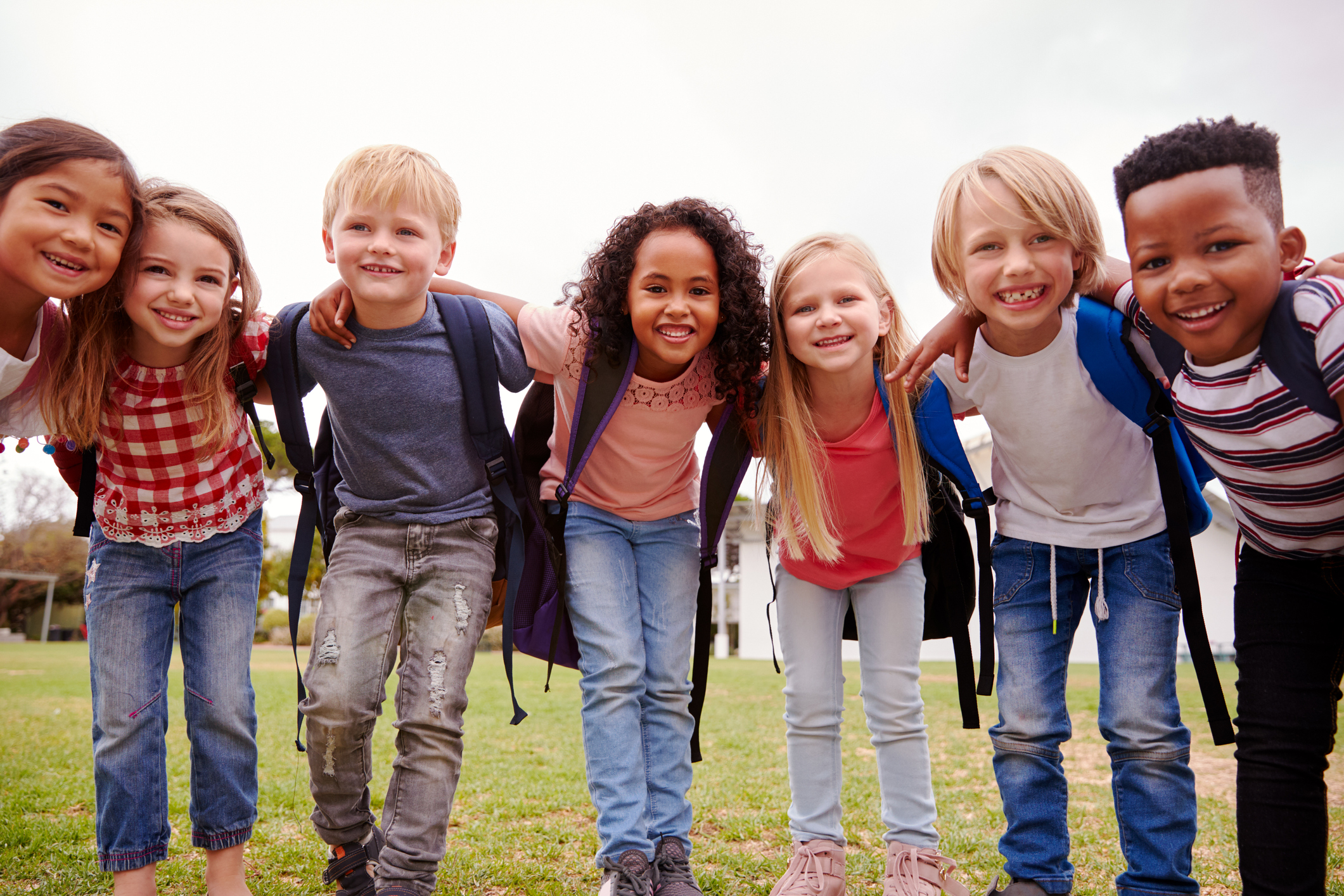 “There he is! Drag that suspended MF’er out of her room! How’d he get in the building?” Security shouted this in the hallway before unlocking the back door of my Brooklyn classroom and dragging Michael away. It turned out that he’d been suspended, but had sneaked back to attend my high school English class because he didn’t want to miss what we’d been reading.

“All he does is sleep! Why waste your time on him? Give up!” Richard often did sleep in junior English, but for a reason my colleague would have understood if he had cared to ask: Richard forced himself to stay awake late into the night until his alcoholic dad had staggered back home and fallen into bed without beating his mom; Richard was bigger than his father. The beatings stopped permanently only when Richard’s brother, later also my student, grew enough to join Richard on abuse-prevention detail. Brother did not sleep in my class.

“Oh, my God! You have Rebecca in your late-session remedial reading class? Lost cause. She fails everything. She’s 100 years old!” Scorn from a colleague whose class Rebecca had failed the previous year. Solution? Rebecca informed me, “I never work unless I can lie on the floor and put my feet on the wall.” I told her she might be cold (my mother emerged from my mouth!) but — no problem. She learned to read well enough to get an 8.0 (required eighth-grade reading score).

“Robert? And I saw him sitting with Frankie! Two of them? Good luck! You won’t be able to teach anything; The class will just keep looking at them!” It’s true that some boys threw Robert down a flight of stairs for being gay, although somehow Frankie avoided that fate; but Robert returned to class soon afterward, arm in a sling and a colored bandana still hanging out of whichever back pocket indicated whatever it was meant to indicate. … He wanted to read in 11th grade English class the works of such American authors as Thornton Wilder (closeted), Edna St. Vincent Millay (openly bisexual), Walt Whitman; so, once I found out what had happened to him, I tweaked the curriculum (my wonderful, very understanding, scholarly chair, Morris Light, had let me teach whatever fit the year’s theme ever since I had entered his department at the age of 19 years and nine months, bless his soul) to include as many more closeted or openly gay terrific American writers as I could find. Our English department bookroom was a treasure trove, and Mr. Light gave me a key! I hope that reading what I put before Robert and Frankie, out slightly before their time, helped.

“Donna? She failed my class last year! Give up! She does nothing!” Then — Open School Night. I mentioned one assignment that Donna had missed and — WHAM! Donna’s mother stood and threw Donna against the blackboard, yelling, “You killed your father, and you’re not going to kill me!” I set up the room on Open School Night so parents and their children were as far out of earshot as possible, but this was loud! For the rest of the conference, while Donna and her mother sat calmly (was violence an everyday occurrence?), I emphasized anything positive I could think of — even handwriting! Years later, the door opened on Open School Night and — “Mrs. Wallach?” “Donna?” Yep, Donna was the mother of one of my lovely students, Tommy, and the aunt of another. Making this improbable story even more unlikely, Tommy became my colleague, and is still a fine teacher. (I’m certain that Donna didn’t kill her father.)

“Garbage! Trash! ” A colleague about Milton, arrested down South during a family visit (Yes, he had committed a crime. The circumstances? I did not inquire.) Milton had written to me asking for books to read in jail. He was Black and knew he’d be there a good while before seeing a judge. … I sent him books and hoped fervently that he would get out of the Southern jail alive. He did.

“Perry stomped on an American flag? Of course he did. Whaddya expect? He’s crap!” Did my colleague know that Perry’s mother, a prostitute, threw him out into the cold almost every night when she had a “visitor”? Did he know that Perry came to school in the middle of the night, and the overnight janitors let him in to sleep on the heated vents? Perry did stomp on the flag, suspension-worthy, but he wanted attention — yes, from us, but he told me his hope was that his mother would come to school for the suspension hearing. She did not.

“Watch out for those two when you’re cafeteria dean! Don’t let ’em get away with crap ! They’d cut your heart out soon as look at you! I know you’ll try to ‘save’ ’em. Don’t!” Advice about the infamous “Scootch” and Vito, in the cafeteria period I was to supervise. Sort of scary, they went around informing students still eating: “Youse guys at this table — you’re done!” And those guys were immediately done. Too much self-bestowed power plus too little self-esteem. I could have suspended them but instead formulated a solution: a mini-dumpster on a platform on wheels. I designated the two as “collectors,” but only on condition that they make sure that each table’s residents were finished eating — very important, I emphasized. The deal: extra chocolate milk, and they could take turns riding the platform and pushing it! Never again did any diner have lunch snatched away uneaten.

And Jerome: “You saved my life.” No one nurtured him; he says nobody even loved him except his beloved grandmother and “Mrs. Wallach” during high school and, amazingly, college. When he graduated (a miracle) from high school, despite attending mostly my English and elective classes rather than his programmed classes, I left for doctoral work and began teaching at a college that had rejected him. Somehow — we don’t remember how — I convinced someone in some office that he was worthy of an education. Now he is a well-known author and a dear friend!

So what is this about?

A clear thread is that these students — scorned by other faculty and often by other students — were compassionate, damaged human beings who quite often loved reading; came to school as a refuge, sometimes against terrible odds; and rewarded attention and affection with a prodigious ability to bloom where they were planted.

Each first night of teaching my grad school class for 24 semesters, I introduced myself and then would get to the part that is relevant here: “If you think that there is such a thing as a bad kid, please do yourself and me a favor: See the registrar and switch to another class. Why?

"Not a single graduate student ever took me up on that offer."

Sure, they stared at me, stared at each other, stared at me again as if I were the same do-gooder whom my Vietnam-veteran colleagues disdained, my thinking-any-student-who-failed-a-test-was-bad colleagues shook their heads over, my right-wing colleagues called a “bleeding-heart liberal” and worse — but my grad students saw that I meant it, so they were willing to trust me.

But I write this blog post now to ask earnest questions:

I am an officer of a county Democratic Party in a Western state, was a Delegate to the Democratic National Convention, and my husband and I marched on Washington, D.C., before I was old enough to vote. Maybe I was and still am a Pollyanna.

But I worry. Is it time to despair?

Has this President divided our country so irretrievably that there is now such a thing as a “bad kid” because so many kids are fed hatred and fear — twin elements of prejudice — at home? I am completely aware that racism, xenophobia and homophobia are not new. I acknowledge that class difference and intolerance existed before 2016. But the normalization of meanness; the openness of kid-to-kid contempt; the trickle-down of political divisiveness (students used to flee discussions of politics) from the home to students who may not even know what the labels mean (“What’s a Republican?”) have all been stoked in a way that might have existed sub rosa, but which I don’t believe was normalized and accepted among adolescents in the past. 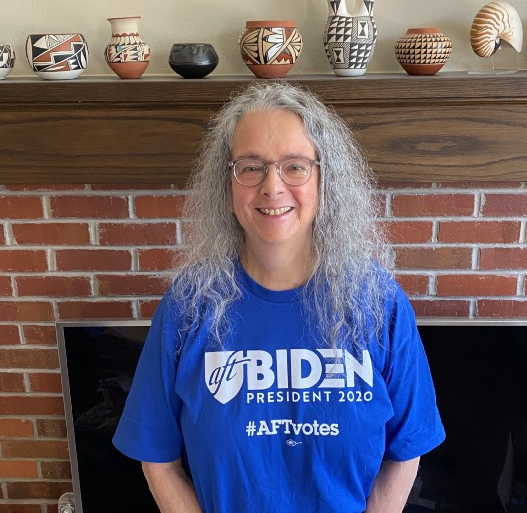 Can this be fixed? I hope so.

I look to a future in which once again civility, honor and decency matter.

The voices of Michael, Richard, Rebecca, Robert, Frankie, Donna, Milton, Perry, “Scootch,” Vito and Jerome in my head ask me to believe that there are still no “bad” kids.

I hope they are right.

Betty Wallach is a retired member of the United Federation of Teachers in New York City.