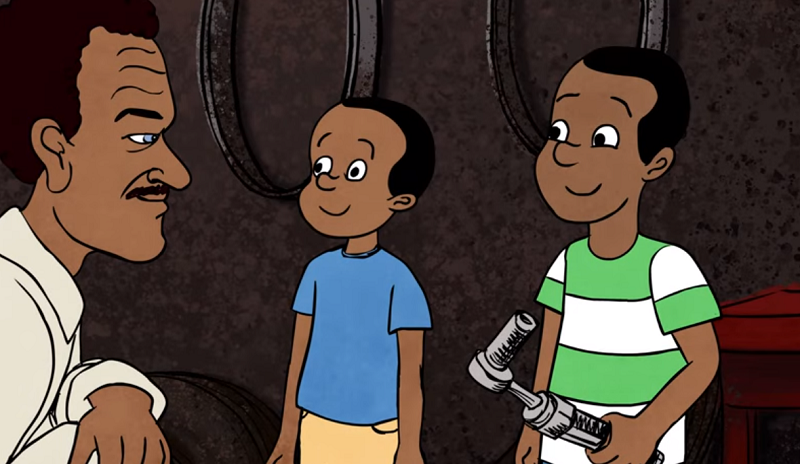 Celebrate Black History Month by listening to stories of black identity, struggles, and excellence in America.

As a bonus, because February 2020 marks the 150th anniversary of the 15th Amendment, we’ve put together a special collection featuring themes of representation, universal suffrage, and Civil Rights. The 15th Amendment, one of the cornerstones of civil rights, granted men of all races the right to vote in 1870.

Dion Diamond recalls his activism and resistance, that began at the young age of 15. He shares how he got started challenging a segregated society while growing up in the 1950’s and 1960’s, through sit ins and peaceful protests.

JT Johnson and Al Lingo were two of the several protesters who jumped into a “whites only” pool at the Monson Motor Lodge in St. Augustine, Florida. The protest escalated quickly, and is often remembered as a tipping point that led to the passage of the Civil Rights Act of 1968.

Miriam Pratt recalls the assassination of her father Edwin Pratt, the head of the Seattle Urban League, who dedicated his life to fighting against employment, housing, and education discrimination.

Remembering the KKK Killing of a Voting Rights Activist

During the 1960’s Vernon Dahmer dedicated his life to ensuring that African American persons had the right to vote, making him the target of many Ku Klux Klan hate crimes. Ellie and Bettie Dahmer reflect on the traumatic incident that resulted in the death of husband, father and Civil Rights Leader Vernon Dahmer.

Theresa Borroughs reflects on her relentless efforts to become a registered voter, despite being of age, during the Jim Crow era in the rural South.

Amongst her other achievements, Dr. Olivia J. Hooker was the part of the first class of African American women in the Coast Guard in 1944 during WWII, as part of the SPARS program.

In the mid-1950s, before NASA existed, Alton Yates was part of a small group of Air Force volunteers who tested the effects of high speeds on the body. His contribution aided the process of sending Americans into space.

Wendell Scott, the first African American person to be inducted into the NASCAR Hall of Fame, began his career in 1952, during the end of Jim Crow era. Despite not having the recognition, fame, or resources of his competitors, he won countless races, serving as an embodiment of perseverance and passion.

This article was originally posted on the StoryCorps website and can be viewed in full here.

StoryCorps
Founded in 2003, the nonprofit organization StoryCorps has given more than 250,000 people the chance to record interviews about their lives, pass wisdom from one generation to the next, and leave a legacy for the future. StoryCorps shares edited excerpts of these recordings with millions each week...

Founded in 2003, the nonprofit organization StoryCorps has given more than 250,000 people the chance to record interviews about their lives, pass wisdom from one generation to the next, and leave a legacy for the future. StoryCorps shares edited excerpts of these recordings with millions each week through popular weekly NPR broadcasts, animated shorts, digital platforms, and best-selling books. StoryCorps’ mission is to preserve and share humanity’s stories in order to build connections between people and create a more just and compassionate world.