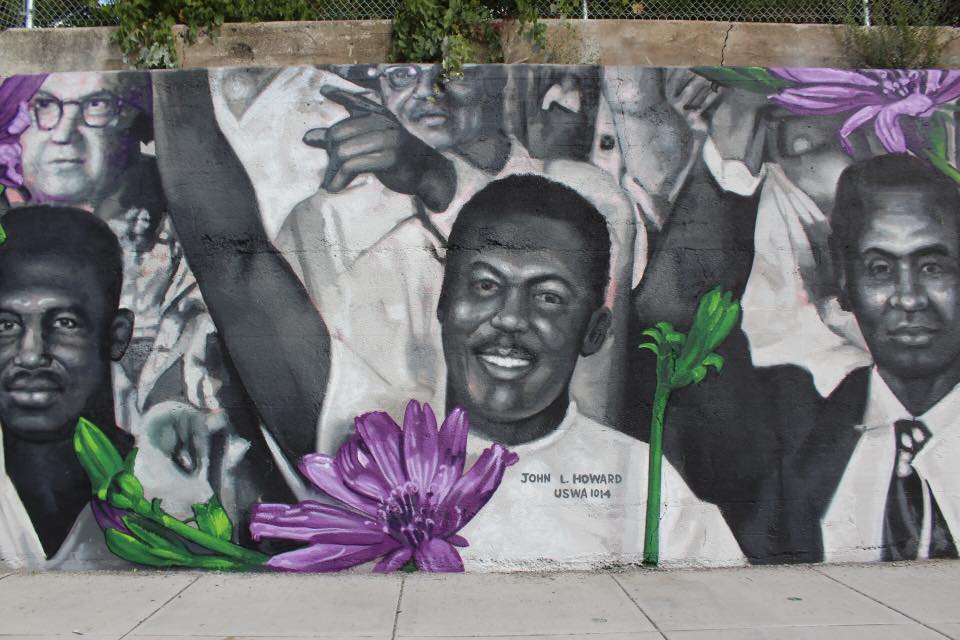 Black Workers and the Labor Movement

Negro History Week was celebrated for the first time in 1926 during the second week in February. This month was chosen because Frederick Douglass and Abraham Lincoln were both born in February. In 1976, Negro History Month became Black History Month and the rich history of African Americans began to receive special attention throughout February.

As historians take a closer look at the many facets of Black history in this country, they often find themselves documenting not only the struggle of oppressed people, but also how that struggle was part of a larger social and economic movement to improve the lives of the working class and their role within the American labor movement.

There are many rich resources available to teachers to help students explore that aspect of Black history during February and throughout the school year.

Resources on the Contributions of Black Workers to the Labor Movement

The A. Philip Randolph Institute contains excellent resources about teaching about Randolph. Its website provides biographical and other useful information.

Civil Rights and Labor: Joint Struggles for Justice by Corinne Geballe provides a curriculum unit with six lessons that illuminate the similarities and differences between the two movements.

Ruth Needleman’s Black Freedom Fighters in Steel is the story of five Black organizers, long-distance runners who were indispensable to building the steel workers union as well as the civil rights movement in northwest Indiana.

Teachers can access Rita G. Koman’s Servitude to Service: African-American Women as Wage Earners as a download from the OAH (Organization of American Historians) Magazine of History, which examines the employment position of African American women in the South.

Robert H. Zieger analyzes the position of African American workers in the U.S. economy and social order over the past century and a half in his book For Jobs and Freedom: Race and Labor in America Since 1865. This comprehensive study focuses on Black workers' efforts to gain equal rights in the workplace and deals extensively with organized labor's complex and tumultuous relationship with African Americans. Highlighting the problems and opportunities that have characterized efforts to build biracial unions and forge a strong labor-civil rights political coalition, it is an authoritative treatment on the subject of race and labor in modern America.

The story of the 1939 interracial sharecroppers strike in Missouri is the subject of Oh Freedom After While, a 1999 California Newsreel DVD. One reviewer called it, “An epic tale of courage and perseverance, race and class, imagination and endurance.”

Another California Newsreel DVD (1996), A. Philip Randolph: For Jobs and Freedom, takes viewers on a tour of 20th-century civil rights and labor history as it chronicles Randolph’s legendary efforts to build a more equitable society.

Miles of Smiles, a 1989 California Newsreel DVD, tells the story of the first Black trade union—the Brotherhood of Sleeping Car Porters. It describes the 12-year struggle led by A. Philip Randolph to win the first contract ever negotiated with Black workers.

A fourth California Newsreel DVD (1993), At The River I Stand, is a 58-minute documentary that chronicles the connection between economic and civil rights, debates strategies for change, the demand for full inclusion of African Americans in American life, and the fight for dignity for public employees and all working people. It highlights the 1968 Memphis sanitation workers strike and the assassination of Martin Luther King Jr.

In his 1961 speech to the AFL-CIO convention, Martin Luther King Jr. said, “The two most dynamic and cohesive liberal forces in the country are the labor movement and the Negro freedom movement.” The speech provides an excellent example of teaching with documents and for document-based questions or DBQs.

I am a Man: Dr. King and the Memphis Sanitation Strike, a 10-minute video produced by the American Federation of State, County and Municipal Employees is a reminder that the civil rights leader died while supporting a union.

The Coalition of Black Trade Unionists is an organization representing more than 50 different international and national unions with 50 chapters; its goal is to “build a national movement … to achieve economic, political and social justice for every American.” Its “Taking a Stand” section includes statements and videos by CBTU President Terry Melvin on a number of contemporary topics such as immigration, voting rights and others.

For more information on teaching and learning about the American labor movement and its history, visit the American Labor Studies Center.

More on the Author

Paul F. Cole was a social studies teacher at Lewiston-Porter Senior High School in Youngstown, N.Y. He served as a vice president of the American Federation of Teachers and as secretary-treasurer of the New York State AFL-CIO. In 2002, he founded the American Labor Studies Center whose mission is to promote the integration of labor history and labor studies into K-12 classrooms and provide teachers with high-quality teaching resources through its website: www.labor-studies.org. Cole is now retired.