The Unfinished Business of the Civil Rights Act of 1964 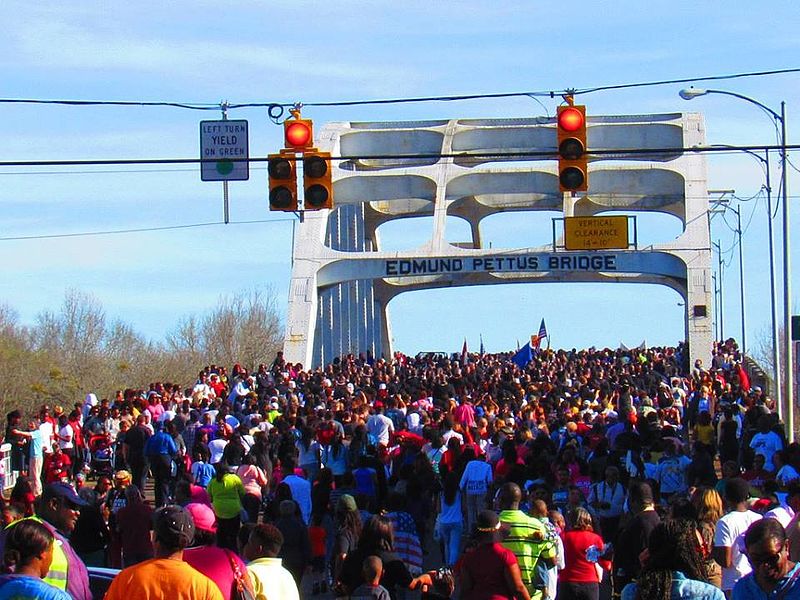 Marchers take part in the re-enactment of the Bloody Sunday march across the historic Edmund Pettus Bridge in Selma, Ala. on  March 6, 2016. | Riveting40

On the evening of May 3, 1963, millions of Americans and people around the globe saw televised images of schoolchildren and young people getting blasted with high-powered fire hoses and attacked by police dogs on the streets of Birmingham, Ala. Those shocking images helped awaken the conscience of the nation and convince President John F. Kennedy to propose federal legislation that was enacted on July 2, 1964, as the Civil Rights Act of 1964. The historic Voting Rights Act of 1965 was passed in August one year later.

This week, we mark the 56th anniversary of the landmark civil rights legislation that ended legal segregation in public places and banned employment discrimination based on race, color, religion, sex or national origin. In a historic moment for gay and transgender rights, the U.S. Supreme Court ruled on June 15, 2020, that the Civil Rights Act of 1964 protects LGBTQ workers from workplace discrimination. Still, the work of building a society that is fair and just for all remains unfinished.

Just as those stirring images from Birmingham almost 60 years ago roused the nation to action and led to broad changes, the video footage of the murder of George Floyd by a Minneapolis police officer on May 25, 2020, ignited protests that are bringing this country’s unresolved issues around race to the forefront. In this moment, our nation is at a crossroads where we must decide if we are willing to confront our troubled history and its deeply harmful legacies in order to create a path that enables us to live up to our ideals.

"In this moment, our nation is at a crossroads where we must decide if we are willing to confront our troubled history and its deeply harmful legacies in order to create a path that enables us to live up to our ideals."

Civil Rights Act of 1964: Confronting the Past

In confronting our past, we have to acknowledge that, from the beginning, the democratic principles upon which this nation was founded did not apply to everyone. When the delegates to the Second Continental Congress gathered on July 4, 1776, at the Pennsylvania Statehouse — now Independence Hall — to sign the Declaration of Independence, there were nearly half a million enslaved people of African descent in America. A decade later, when the leaders of the Constitutional Convention gathered at Independence Hall in 1787 to sign the Constitution — the supreme law of the land — the population of enslaved people had grown to nearly 700,000. While the Constitution does not refer directly to enslaved people living in the United States, it was clear that the people living under the yoke of bondage in the newly formed nation were viewed as chattel — not people.

The enslavement of people of African descent continued for another 78 years after the ratification of the Constitution and ended only at the conclusion of the Civil War. Two weeks ago, we observed Juneteenth, which commemorates the day — June 19, 1865 — that news of freedom reached Galveston, Texas, some 71 days after the end of the Civil War and more than two years after the Emancipation Proclamation was issued. This year’s Juneteenth celebrations not only marked the end of slavery 155 years ago, but also the ongoing nationwide protests calling for an end to racial oppression in the wake of the murders of George Floyd, Breonna Taylor, Ahmaud Arbery, Rayshard Brooks and others. 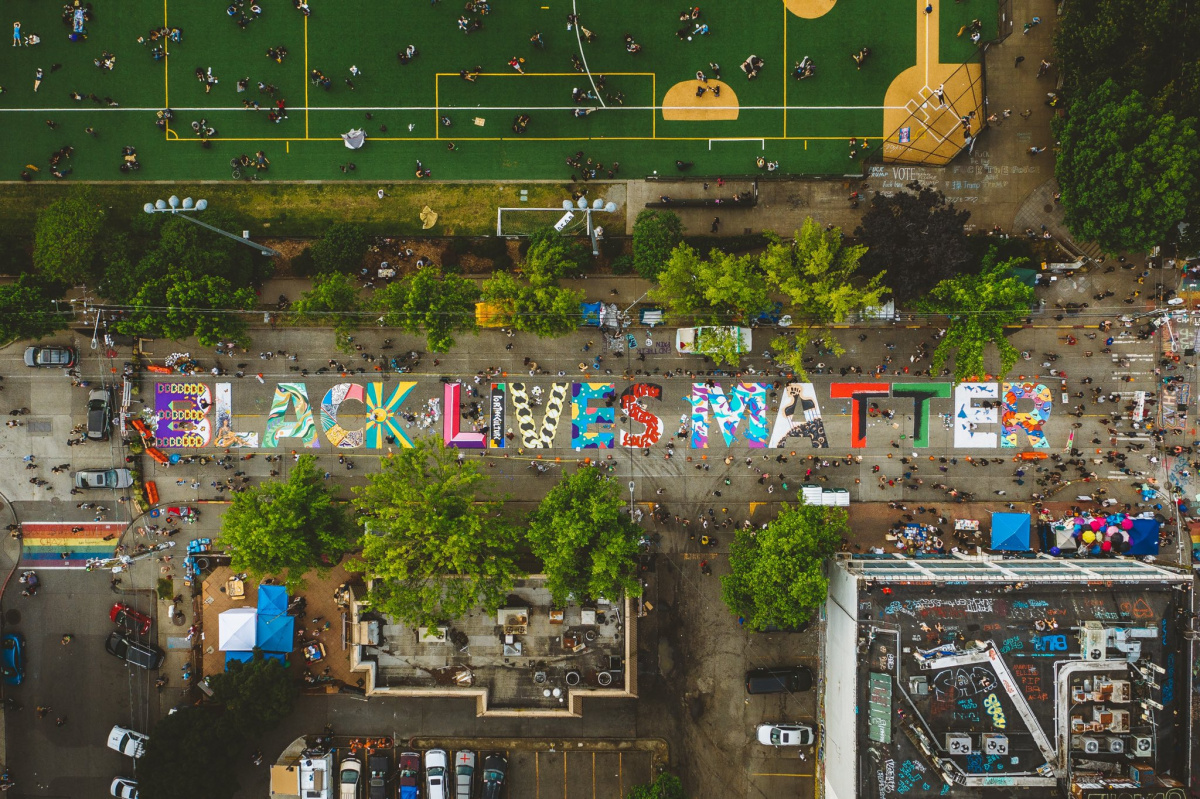 On June 17, 2020, the AFT executive council passed a resolution, “Confronting Racism and in Support of Black Lives,” that renews our commitment to combating systemic racism and violence against Black people. Along with 18 other commitments in support of police reforms and racial justice, the resolution calls for separating school security from policing and police departments to end discriminatory discipline and enforcement that unfairly targets Black and brown students. As a union, we recognize that schools must not be places where students experience negative encounters with law enforcement. Instead, school safety should focus on creating communities for teaching and learning where all students and staff feel secure and welcome.

"In confronting our past, we have to acknowledge that, from the beginning, the democratic principles upon which this nation was founded did not apply to everyone."

The fight for racial equity and justice has been part of the AFT’s work since our founding more than 100 years ago. In 1918, just two years after the birth of our union, we fought for equal pay for Black teachers, for the election of African Americans to local school boards, and for compulsory school attendance for Black children. The AFT was the only education organization to file an amicus brief in the landmark Brown v. Board of Education case that led to the end of legal segregation in schools. And we were among the first trade unions to extend full membership to people of color and to expel segregated affiliates in the South that refused to integrate. Our work and commitment to combat systemic racism must continue and expand. We are committed to working together with community allies to address racial disparities in education and healthcare, and in our communities.

We also recognize this moment as an opportunity for reflection and internal examination, as a union at every level and as individuals. We must work — at the national, state and local levels of our union — to pursue racial equity, justice, and fairness in our structure and practices.

"Instead of inspiring our country to live up to its ideals of freedom and justice for all, Trump continues to pander to members of his base who insist on clinging to a romanticized version of America’s racist past in the service of preserving white supremacy culture."

This week, our nation celebrates the Fourth of July and the 244th anniversary of its independence. As many historians and observers have noted, we are in a battle for the very soul of our nation. Throughout our history, our country has been united in troubled times by presidents who understood that the constitutional powers of commander in chief include leadership and crisis management. Right now, our nation faces three crises: a global pandemic, an economic recession and systemic racism. Donald Trump has responded to the COVID-19 pandemic with denials and false claims. As of today, we have seen more than 126,000 coronavirus deaths with more than 2.5 million people infected, and unemployment numbers rising higher in the last three months of the pandemic than they did in the two worst years of the Great Depression. We are facing a health crisis, an economic crisis and a justice crisis — all made worse by Trump’s presidency.

Over the past several years, it has become more evident that our nation also is facing a constitutional and existential crisis. Like every president before him, Donald Trump swore an oath to “preserve, protect and defend the Constitution of the United States.” But he has demonstrated, again and again, his utter disdain and disregard for constitutional norms. More than once, he has invited foreign interference in our elections to help him win and keep the office; he has openly praised dictators and demagogues who espouse beliefs that are contrary to our democratic principles; and he continues to peddle and promote Russian propaganda, while dismissing and denying national security reports and briefings from his own Intelligence officers.

Unfinished Business and the Fight Ahead

Instead of inspiring our country to live up to its ideals of freedom and justice for all, Trump continues to pander to members of his base who insist on clinging to a romanticized version of America’s racist past in the service of preserving white supremacy culture. Just this past weekend, Trump retweeted a video of one of his racist supporters yelling, “white power.” At the same time, he continues to malign the first Black president as well as African Americans in Congress at almost every turn. He has been silent on the recent murders of Black men and women, specifically, and generally on the issue of police violence against Black and brown people.

This November, the soul of our nation and the health of our democracy are on the ballot. Activism combined with winning elections is a pathway to making policy change. We have a sacred duty to participate fully, and to engage and mobilize members, friends and family to vote for Joe Biden and for lawmakers and elected officials — at the national, state and local levels — who will stand up for the vision of an America that works for all people.

Together, we must embrace this moment of reckoning with our troubled past and march toward a future where these words in the preamble to the Declaration of Independence are at last a reality for all people:

“We hold these truths to be self-evident, that all men are created equal, that they are endowed by their Creator with certain unalienable Rights, that among these are Life, Liberty and the pursuit of Happiness.”