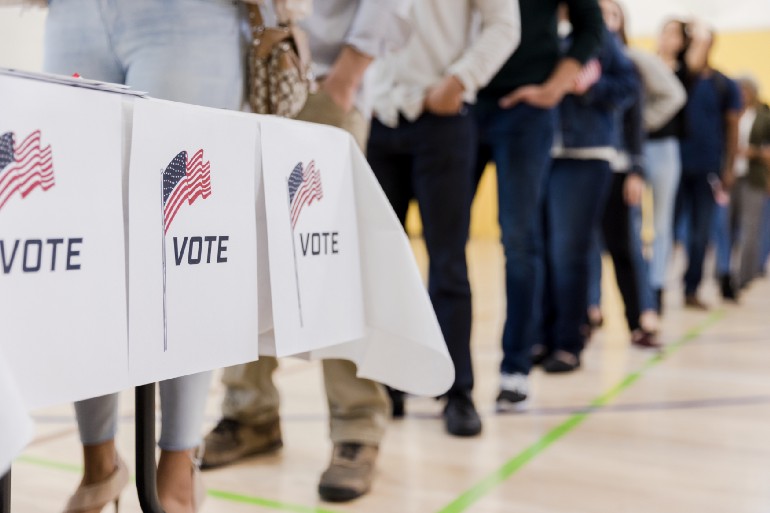 The day an immigrant becomes a U.S. citizen is always a proud and exciting occasion. But this year, there’s even more to celebrate: New citizens will get to vote in November.

“This is going to be my first time voting,” says Rodrigo Rodriguez, a dual language instructional coach and National Board Certified Teacher who swore his oath of allegiance earlier this year. “That is one of the most important reasons I decided to become a U.S. citizen.”

Rodriguez, an active member of Education Austin in Austin, Texas, is one of thousands of AFT community members who have become naturalized citizens, many with help from the union. Since 2012, Education Austin has conducted clinics and forums about the citizenship process, with attorneys on hand to provide legal advice and other experts to make sure application paperwork is in order. Now the clinics have expanded across the state through a program run by the Texas AFL-CIO. Rodriguez is a regular volunteer, helping people fill out forms and sharing his story about how he secured citizenship himself.

Citizenship gives me a right that nobody can take away from me. — Rodrigo Rodriguez

“When I’m talking to participants, they’re really excited that I identify with them,” he says. When they see that he has gone through the process successfully, that he has his own dual citizenship, he says, “They have hope.”

Rodriguez came to the United States from Mexico when he was a student, and for 17 years he kept updating his status from student to laborer to professional. Finally he got a green card. But becoming a citizen means he doesn’t have to worry about his status anymore, and can live his life without fear. “Citizenship gives me a right that nobody can take away from me,” he says. “I can continue to advocate for my students, for those babies who get affected when they dismantle their families.”

Rodriguez is referring to students like the ones who came to school one day in tears because their father had been deported the night before. “It was just breaking my heart,” says Rodriguez.

Will he vote this election? No doubt. “Hopefully we can get the president we have out of the White House and get someone who will advocate for immigrants,” he says.

Voting is frequently the motivation behind participation in the clinics, says Montserrat Garibay, who started the program when she was vice president of Education Austin and has now expanded it as secretary-treasurer of the Texas AFL-CIO. Education Austin has assisted more than 1,000 citizenship applicants; the Texas AFL-CIO has assisted another 1,652 in eight cities across the state. AFT locals — Northside AFT, San Antonio Alliance, Corpus Christi AFT, Alliance AFT (Dallas), Houston Federation of Teachers and Socorro AFT — host the clinics. Strong partnerships — with Univision,the NALEO Educational Fund, the Equal Justice Center, Casa Marianella, American Gateways and the American Immigration Lawyers Association — support the work further.

It’s necessary that people go out to vote for a president who will represent them. — Sylvia Alonso

Sylvia Alonso, a teaching assistant and member of Education Austin, completed the clinic, was sworn in as a citizen and is excited about voting. She’s already talked to union staff about squeezing in a weekend vote between her education work and her part-time job in a fast food restaurant. Voting is a way to exercise her rights, she says, and an opportunity to be heard. With a president who supports only the rich and not the poor, she adds, “It’s necessary that people go out to vote for a president who will represent them.”

It’s transformative. Our unions are transforming the lives of our members. — Monterrat Garibay

Garibay tears up talking about how the clinics have helped so many become new citizens and feel safe and empowered. “It’s transformative,” she says. “Our unions are transforming the lives of our members.”

Without citizenship, immigrants with mixed-status families face a lot of uncertainty, says Garibay. Fear of deportation is real, and even with a green card, immigrants can be prevented from re-entering the United States if they’ve gone to visit family in their native countries — especially with President Trump in office.

Garibay, who frequently attends the swearing-in ceremonies for clinic participants, also follows up to be sure they register to vote and cast their ballots.

One woman in particular stands out for Garibay: Maria Navarro, who was sure she would never become a U.S. citizen because she felt she could not pass the required test. Her English was not good enough, she said, and the $725 application fee was too steep for her salary as a cafeteria worker at a preschool in Austin.

But Education Austin, with grants from the AFT and the National Education Association, helped pay the fees. And Garibay told Navarro, who is in her 60s, about a test exception for older immigrants: Those age 55 or older, who have lived as permanent residents in the United States for 15 years, can take the test in Spanish.

Navarro went through the clinic and called Garibay the day she took her test to ask her to light a candle for her — a Mexican/Catholic tradition of support and prayer. A few hours later, she called again: She had passed.

“She was just so happy and so proud,” says Garibay. “That makes all the work we do very real. We are changing her life.”

Does she think Navarro will vote? She’s sure of it: She already sent a photo of herself wearing an “I voted” sticker.

Learn more about civic education, voting and elections in our curated collection of resources and lesson plans.