Remembering 9/11: Anti-Muslim Sentiment and Why Education is Critical 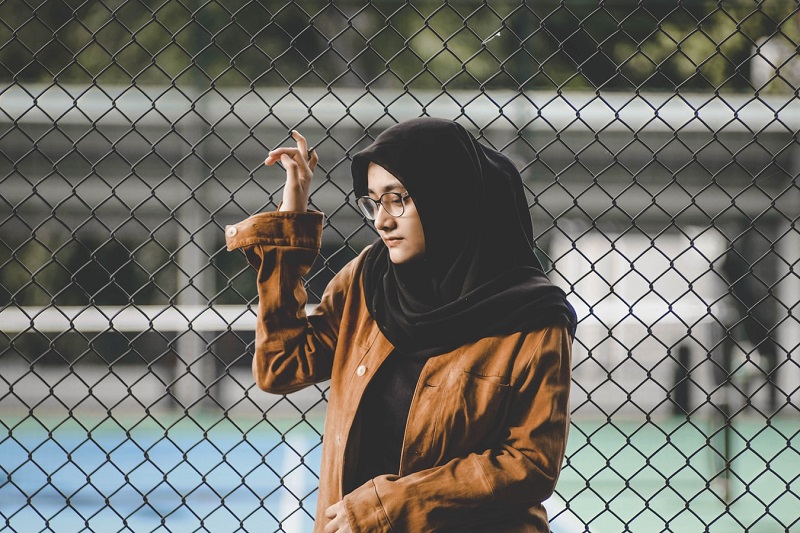 Remembering 9/11 and Its Repercussions for Muslims

I was in 10th grade living in Toronto when 9/11 happened. We were in art class and an office announcement came on that the World Trade Center had been hit by a plane. Students around me were shocked and some concerned for their families in New York.

Later that day on the bus going home, a student looked at my friend, my sister and me, who all wear a hijab (a head cover that some Muslim women wear), and said, “Do you guys know what happened? I heard your people did it.”

Of course I had no idea how to answer this. I was from Iraq and there were rumors in school that the Taliban was behind the attack. I remember we all looked at each other and did not reply back to her. That was the beginning of feeling like I was under attack for something to which I had no connection.

Now, through my work at The Writing Project, I facilitate workshops and work directly with educators and students so that conversations like the one I experienced on 9/11 occur less often, and hopefully, one day, not at all.

"I asked one student if she had ever experienced any negative reactions because she wears the hijab in school. Her reply 16 years after 9/11 was sobering."

One of the workshops I helped to facilitate right after the Trump administration issued the travel ban focused on Islamophobia and students’ experiences with it. I asked one student if she had ever experienced any negative reactions because she wears the hijab in school. Her reply 16 years after 9/11 was sobering.

“Kids look at me and call me a terrorist,” said 9-year-old Malika. “How does that make you feel?” I asked the soft-spoken fourth grader. “It hurts. Because I am not. I just want to be treated normally.”

Malika is not alone in this sentiment. A new survey by the Institute for Social Policy and Understanding (ISPU) reveals that 42 percent of Muslims with children in K–12 schools report bullying of their children because of their faith.

The Southern Poverty Law Center documented an increase in hate crimes for the second year in a row in 2016, citing that the “radical right” was stimulated by Donald Trump’s rhetoric during the 2016 presidential election. The biggest growth was the almost tripling of anti-Muslim hate groups – from 34 incidents in 2015 to 101 last year.

According to Pew Research Center’s analysis of new hate crime statistics from the FBI, the number of physical assaults against Muslims in the U.S. reached 9/11 era levels in 2015.

With the anniversary of the September 11th attacks, educators, administrators, librarians, teachers and staff all have a duty in this social and political climate to take necessary action to create a safe environment for Muslim students and students of color.

"Many students, especially Muslim women who wear a head cover, share stories about how they become cautious and even fearful during 9/11 memorial days. These fears have gotten worse with the rise of hate crimes against Muslims."

Eric Fieldman, a high school special education and social studies teacher in New Jersey, focuses on how current and past events have shaped students’ understanding of the world, including the attacks on 9/11. And yet, most students born in the immediate aftermath of September 11th are only just starting their sophomore year of high school. “These events are as foreign to the students as Pearl Harbor or Kennedy’s assassination; it’s just another event in the past they have no memory of,” Fieldman said.

As a result, Fieldman chooses to focus on how and why the world changed has changed since 9/11, which can lead to a more organic discussion with his students about Islam and how Muslims are treated today.

Many students, especially Muslim women who wear a head cover, share stories about how they become cautious and even fearful during 9/11 memorial days. These fears have gotten worse with the rise of hate crimes against Muslims.

“I have had friends who had their hijabs ripped off, or were called terrorists by one of their classmates,” says Aima, a Muslim student studying politics in Toronto. To combat hatred and stereotypes, Aima makes art that represents how Muslim women see themselves in ways that challenge stereotypes.

Aima says she feels that too often teachers shy away from talking about 9/11, especially with students who are Muslim. Instead, she encourages teachers to speak with her and her fellow Muslim peers on the anniversary of September 11th. These conversations need to be conducted in a safe learning environment between Muslim and non-Muslim students and must also include discussion of the aftermath of the events, including the chain reaction of wars and hate crimes that resulted, Aima said.

Indeed, many educators do include 9/11 as part of their curriculum, and that the anniversary allows teachers to discuss other relevant and controversial issues. Fieldman has initiated a social justice club in his school that explores topics like Islamophobia, white privilege, LGBTQ issues and many others that directly impact students. Like Aima, he emphasizes that students need to know the classroom is a safe place to have serious and meaningful discourse.

#CharlottesvilleCurriculum, a Twitter hashtag that was created after Charlottesville by Melinda D. Anderson, education writer and contributor to The Atlantic. A Google doc inspired by that hashtag contains dozens of resources for teachers ranging from news articles about the history of racism to lesson plans about student empowerment. Fieldman says he will use the materials to help him discuss ways to combat racism and bigotry, including white supremacy.

Students are watching the news and its depictions and stereotypes of how the media portray Muslims. This will have a tremendous impact on how students view the world and how we treat those who may have a different social or cultural identity; more importantly, it will impact their personal identity. Having a supportive teacher and a safe learning environment where they know they can be themselves without feeling judged is crucial to helping students succeed in school and understand how September 11th has affected everyone.

For additional resources, check out PBS NewsHour Extra’s lesson plan: Since 9/11, what do your students know about how the U.S. has changed? This article was originally posted by PBS NewsHour and can be viewed here.