The Vital Role of Teacher Unions in Women's History 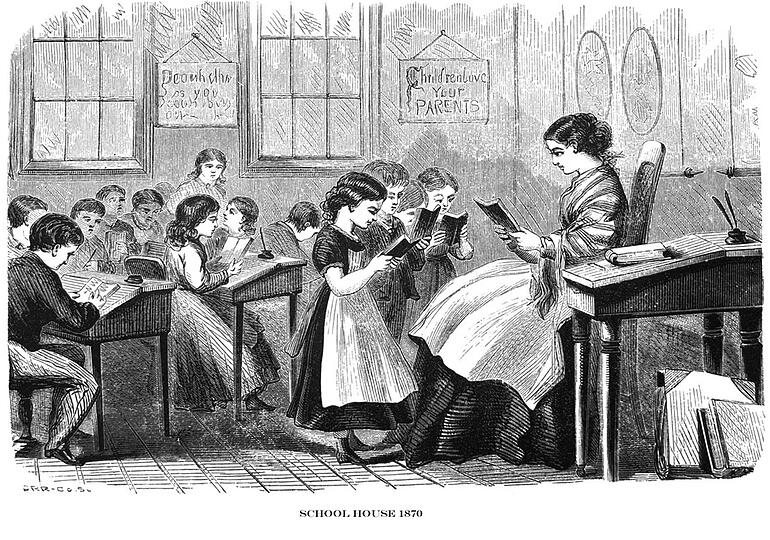 Teacher Unions and The Fight Against Inequality

Though we often think of Women’s History Month as a time to prioritize women’s voices and contributions in the classroom, this month is also a time to examine the profound ways in which women teachers, and broader perceptions of women, have shaped the teaching profession itself. From contemporary perceptions of the profession and the compensation of its workers, to the grounds for collective action that American teachers now enjoy, none can be understood outside the patriarchal context in which modern schooling emerged and women demanded justice. Examining this history offers not only a richer understanding of the challenges faced by today’s teachers, but reveals places where we must continue to disrupt patriarchal rhetoric if we are to cultivate school communities that do right by teachers and students.

As historian John Rury explains in Education and Women’s Work, white educated men dominated the teaching profession from the colonial period until the late 1800s when a host of social developments including industrialization, immigration, and westward expansion disrupted the status quo. The resulting increases in population and cultural diversity presented significant challenges that social reformers sought to address through an unprecedented program of public schooling known as Common Schools. At the helm of this movement was educational reformer Horace Mann who envisioned a nationwide system of free, non-sectarian, public schools that cultivated a shared bedrock of moral values that could stretch across religious difference and enable broad democratic participation. But as men found more lucrative employment in new industries and populations continued to balloon, delivering public education at scale would require an entirely new labor force. School districts began ushering young white women into teaching in large numbers by the late 1800s, resulting in most teachers being women by 1900.

Though young white women’s entrance into teaching offered them a chance to experience greater independence, they also met significant challenges. As Rury notes, it is important to mention that at this time, teaching the young had never been considered a profession, but rather a transient activity undertaken by men in non-farming months or prior to developing careers in fields like law and medicine. As education began to be regarded as a crucial social good that required unique skills to design, one would hope that women’s work as teachers would have attracted greater respect and professional status, but neither would come to pass. As Rury explains, women’s entrance into the field merely resulted in the emergence of a “two-tiered system of employment in education, one in which women did the bulk of the teaching under the supervision of an increasingly authoritative cadre of male administrators.”

While Mann insisted that women’s innate gentleness and caring equipped them to be superior teachers in the new public schools, this rhetoric coexisted with a sexist system that also questioned women’s competence and made women easier to exploit as public schooling scaled nationwide. Women could be compensated at a third of the rate of male counterparts, had few alternative professional prospects, and were only permitted to teach prior to marriage. These practices had an internal logic that matched the patriarchal mores of the time, but resulted in the development of an early public school system in which workers were highly dependent on their employers, had little to no recourse in the face of exploitative treatment, were denied the social status of professionals, and were severely underpaid.

Teacher Unions and The Transformation of a Profession

But women working in these early school districts responded to this exploitation with ingenuity and resistance. It was women who formed the first teacher unions and demanded that educators be compensated appropriately. The American Federation of Teachers (AFT) formed in 1897 as the Chicago Teachers Federation (CTF) with the goal of increasing teachers’ salaries and pensions. Catherine Goggin and Margaret Haley who founded the CTF linked their work with the labor movement and, by 1916, a number of local teacher unions had merged to form what is now the AFT. And by the 1940s, the AFT had begun engaging in collective bargaining with school boards across the country—a tradition that they have continued into the present as one of only two national teacher unions.

This history reveals that the professional prospects of all teachers working in the U.S. today have been shaped by the patriarchal social context in which our system of public schooling emerged, as well as the expanded rights and compensation that brave women teachers began fighting for in those early years. This origin story also provides context for the ongoing fight to cut through the rhetoric that interferes with people trusting and valuing teachers; investing in the education of the young; and believing in the capacity of teachers to steward the civic education that we need to advance democratic goals.

As scholars Michael Sedlak and Steven Schlossman observed in Who Will Teach?: “Society’s view of teachers is largely a result of how society views all women.” As fights for stronger compensation and student resources continue to rage in school districts across the country, this Women’s History Month is an opportunity to reflect upon women’s contributions to early efforts that now benefit today’s teachers. But it is also an opportunity to examine the continuing devaluation of all roles traditionally held by women, especially those in the so-called caring professions—all of which actually demand a dynamic combination of intellect and empathy.

What if we began regarding empathy as an essential complement to intellect instead of its opposite? What if professionals who exhibit both could do so without fearing that it will negate their perceived competence and credibility? What if we ceased imagining that the capacity for empathy is the exclusive domain of females, and nurtured it alongside intellect in all young people? And what if we started investing in the teachers who lead this vital work in their classrooms?

Facing History invites you to learn more about the history of public education by streaming the documentary School: The Story of American Public Education for free via our virtual library.

By studying the historical development of the Holocaust and other examples of genocide, students make the essential connection between history and the moral choices they confront in their own lives. For more information on Facing History and Ourselves, visit

By studying the historical development of the Holocaust and other examples of genocide, students make the essential connection between history and the moral choices they confront in their own lives. For more information on Facing History and Ourselves, visit www.facinghistory.org.