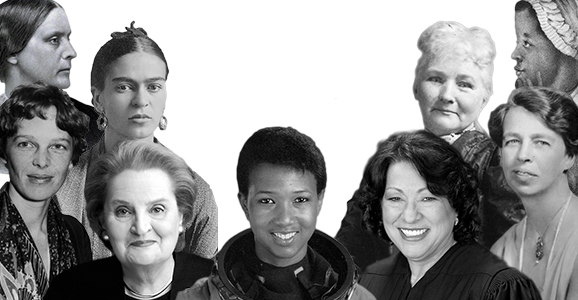 As a new member of the American Federation of Teachers staff as well as an African American Woman and an ordained minister of the American AME Church, I want to remind AFT members and other Share My Lesson users about the important roles that Black Women have played throughout the history of the American Labor Movement up into the present day.

Sojourner Truth, a woman called by God to take a message of freedom and human and civil rights up and down the eastern Coast of the United States, was a worker. Born a slave in the field of the New York State in 1797, Sojourner suffered forced marriage and separation from her children at the hands of successive owners while she worked harder than the men in the fields. She took on women’s issues pointing the inequities in pay and the inability to vote.  She agitated (what we in the labor movement recognize as good organizing skills) in communities to reform land ownership and abolition of the death penalty. By the time of her death in 1883, she had been embraced by, and collaborated with, Lucretia Mott and Susan B Anthony.

About the time that Sojourner was being recognized for her civil rights activism, Lucy Gonzales was born in Texas to Latino/African American/Native American parents.  Lucy met and married Alfred Parsons, a white man involved with voting rights in 1870.  The Texas miscegenation laws (laws forbidding the marriage of two people of different races) forced them to move North to Illinois. Settling in Chicago, they founded the International Working People's Association (IWPA.) They created the International Workers Day on May 1, 1886 when they led 80,000 workers through the street of Chicago. Unfortunately Albert was tried, found guilty and executed in 1887 as a result of the Hay Market Riots that took place a few days later (though he was neither involved nor was he there.) Lucy, declaring “Don’t mourn! Organize.” took up the singular task of advocating change through non-violence and picketing as tool to organize workers and highlight the injustices wrought by owners and managers. Lucy was one of the two women founders of the International Workers of the World (known as the Wobblies.)

Meanwhile, African American laundresses and cigar makers became organized to fight the low wages, long hours and the right to a contract.  Strikes in Atlanta, GA and Jackson, MS resulted in those gains in the late 1800’s.  Women in the Tobacco Industry went on strike in the 1940s in Winston Salem, NC.  Going up against the R.J. Reynolds giant, Velma Hopkins, an African American organizer, negotiated contracts with the company and later became  a recognized Civil Rights Activist. Other women also took up the cause of justice like Sue Cowan William, a Black school teacher in Little Rock, AR, who sued the school board for the use of two pay rates- one for white teachers and the other for black teachers. Though she lost the trial, her appeal was upheld.  Hattie Canty, a Black Woman from AL who migrated to Las Vegas, NV, became involved in the Culinary Workers Union when she sought work  to support her eight children on the death of her husband. As the local president, she led the successful 75 day walkout against Las Vegas casinos to gain better health benefits for workers. She also lead the successful 6.5 year strike against the Frontier Casino for unfair labor practices which was successfully settled by the  new ownership..

In the present times one need only consult the book produced last year, And Still I Rise to see the current icons and organizers like:

We stand on the shoulders of the sisters who have gone before us and lock arm with those we work with now.  The contributions of African American women continue to  stir the melting pot of American labor.