Why did AOC nominate Bernie Sanders at the DNC? 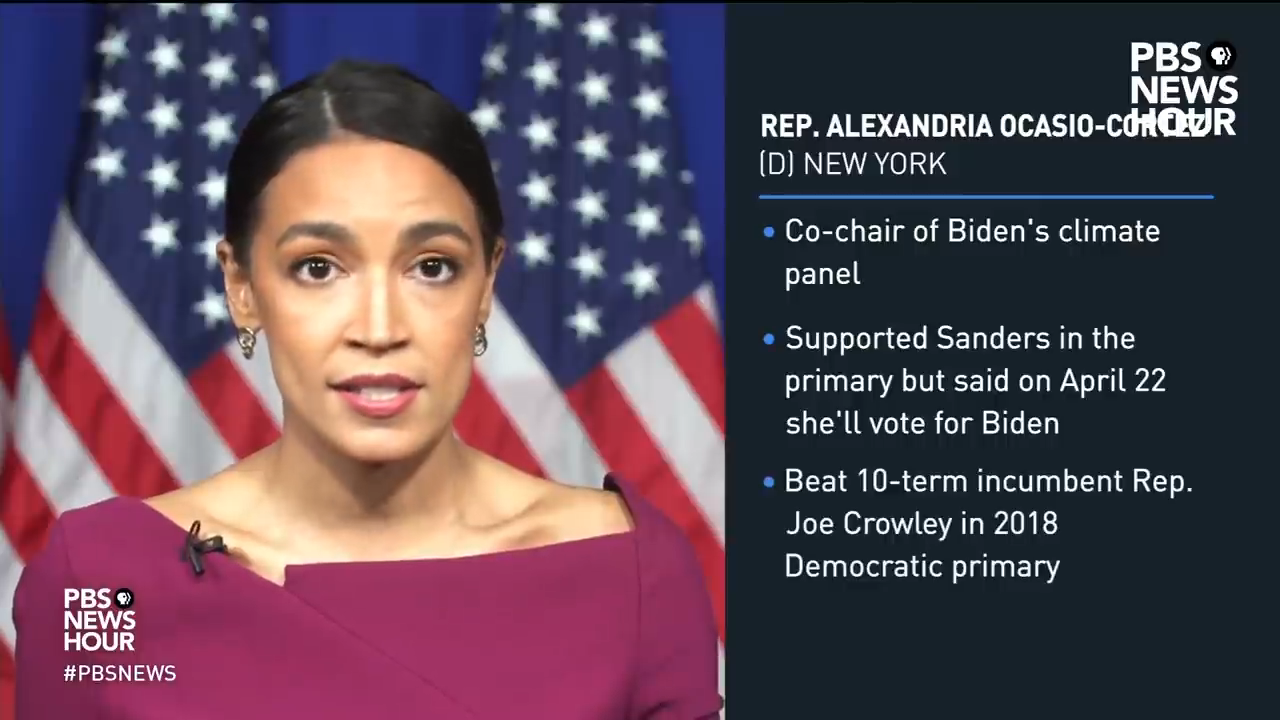 Alexandria Ocasio-Cortez speaks at the DNC.

Understanding the Role of Delegates at the DNC

Read the summary, watch the video  of AOC at the DNC (see transcript), and answer the discussion questions.

Definition: In the presidential nominating process, delegates are individuals chosen to represent the votes of state or territory primary results at the nominating convention. Delegates formally nominate the winner of presidential primaries and caucuses. For more on the nomination process, see the extension activity below.

Summary: The Democratic National Convention continued on Tuesday, August 18, with formal delegate nominations of Joe Biden as the Democratic candidate for president. The night featured short speeches from delegates from every state and territory.

A. Warm up questions:

C. Media literacy: Why do you think some news outlets presented Ocasio-Cortez’s nomination of Sanders as controversial, even though it was formal and routine?

Students learn about Democratic vice presidential candidate Sen. Kamala Harris, and contemplate what should be considered in choosing a running mate.