Athletes Protesting: How the 2020 Tokyo Olympics Will Differ 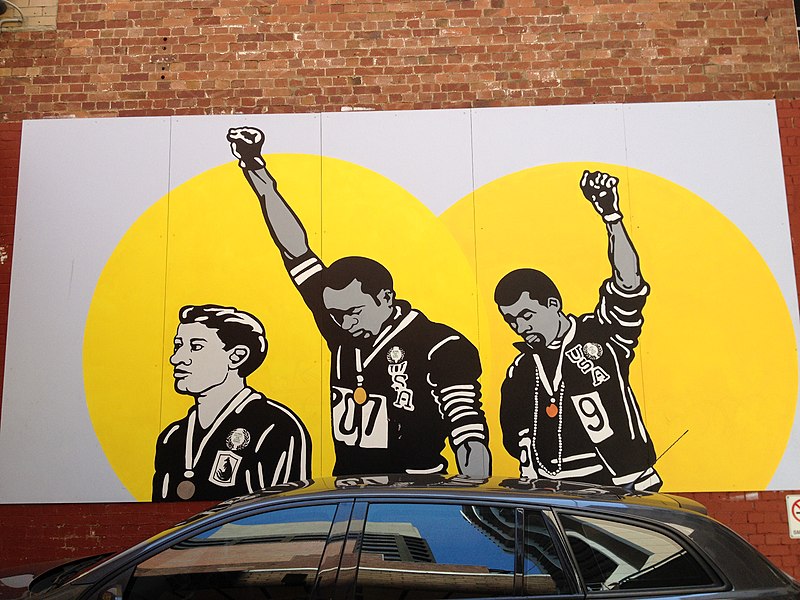 How Will the New Policy Affect Athletes Protesting in Tokyo?

The International Olympic Committee (IOC) has announced that it will be regulating—and possibly punishing—expressions of protest at the 2020 Tokyo Olympic games. This decision comes in part as a response to events last fall at the Pan-American Games, where athletes Race Imboden and Gwen Berry protested during their medal ceremonies by kneeling and raising a fist, respectively. But the tradition of Olympic protest dates back more than a century and most famously manifested at the 1968 Mexico City Olympics when Tommie Smith and John Carlos raised their fists to protest injustice.

Reading about this announcement with students and discussing the motivations and implications of possible choices by the IOC and by athletes at this summer’s games present an opportunity to practice close reading and analytical skills while also opening valuable conversations about power, voice and protest.

Ask if students are familiar with the #TakeAKnee protests. If you do need to provide some context, the TT article “Discussing #TakeAKnee in Class” provides a useful overview of the reasoning behind the protest.

Have students read the CBS News article “International Olympic Committee bans political protest by athletes at 2020 games.” (Hold the accompanying video for later in the discussion.)

Ask students to work individually, in pairs or as a group to answer a few text-dependent questions. For example, according to the article: