Current Events in Two Minutes: Coronavirus, the Olympics, and Afghanistan 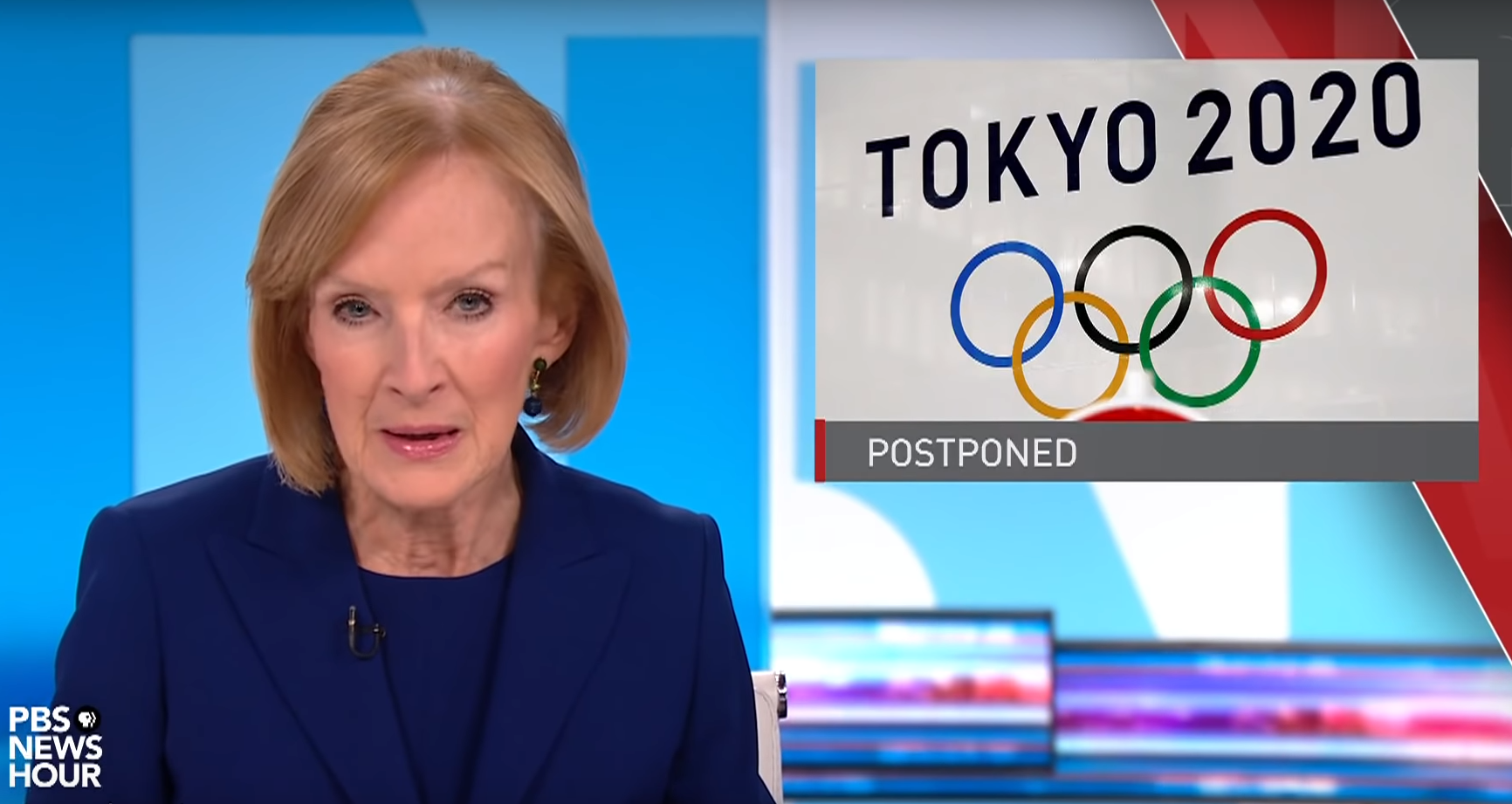 Teacher’s note: If you are making plans for distance learning, take a look at our list of PBS resources that covers a variety of subjects for middle and high school students.

There is word that this summer’s Olympic Games in Tokyo will be postponed due to the global coronavirus pandemic. Dick Pound, an American member of the International Olympic Committee, said they will likely take place next year. Also, U.S. Secretary of State Mike Pompeo made a surprise visit to Afghanistan to try to end a stalemate blocking peace talks with the Taliban.

1a. After watching the news wrap, which news story would you be most likely to share with a family member? How about a friend? Why does the topic of news often come up in conversation with friends or family? Why might it be useful to talk about the news with another person?

1b. Media literacy: Next, watch one of the segments from the list below that catches your eye. Which piece did you choose? Who was interviewed in the story? Who would you like to have heard from? If you have questions following the piece, what next steps could you take? 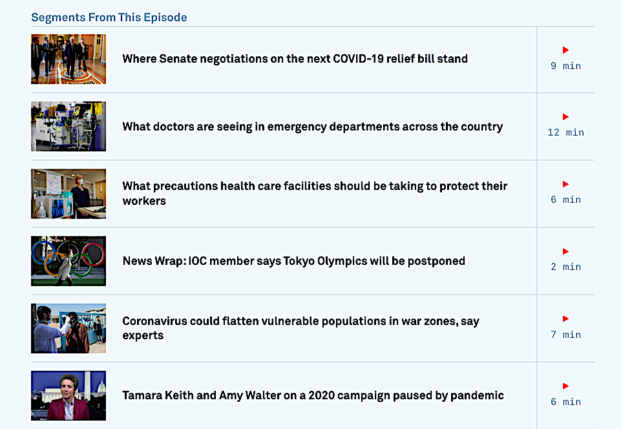 Dig deeper:  What are the connections between the Washington Post story below on Afghanistan to the Vietnam War and the Pentagon Papers? Is this another case of history repeating itself? How do instances like the Pentagon Papers and the Afghanistan documents erode people’s trust in the government? What can be done about it?

Read At War With the Truth by the Washington Post’s Craig Whitlock to learn about “a confidential trove of government documents” obtained by the paper which “reveals that senior U.S. officials failed to tell the truth about the war in Afghanistan throughout the 18-year campaign, making rose pronouncements they knew to be false and hiding unmistakable evidence the war had become unwinnable.” You may also want to watch NewsHour’s story about Whitlock’s piece here, Explosive investigative report says U.S. government misled public on war in Afghanistan.

You may have learned about the “Pentagon Papers” in school. If not, conduct some research on the papers and compare/contrast them with the documents on Afghanistan in the Post’s article. Start with this History Channel video:

Use this PBS NewsHour Extra lesson plan on student current events to breakdown the latest on what's happening in the world.

Children learning to doodle with Mo Willems Lunchtime Doodles from the Kennedy Center.

Kelly Booz, Director of Share My Lesson, writes about her experience with remote learning at home and how other parents and educators can adjust.