How Do News Outlets Decide When to Call An Election? 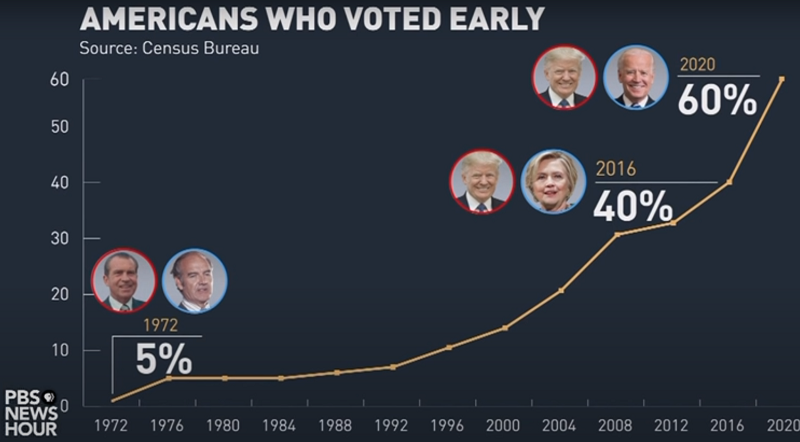 The pandemic and the potential for record voter turnout are setting the stage for an election like no other we have seen. But what happens after the polling places close? The NewsHour has always relied upon the Associated Press to call race winners. As predicted, no clearer winner of the election emerged on Election Day. Read the summary, watch the video and answer the discussion questions. To read the transcript of the video above, click here.

The Associated Press is a news service that many networks and other news outlets rely on for reporting. The AP begins conducting research on voting demographics months before Election Day to prepare for projections based on partial vote counts. As the votes come in on Election Day, the AP will call a state for a particular candidate once they believe the candidate has won the state (Read this article about the 2000 presidential race when the AP said Florida was too close to call, but television networks announced the projected winner incorrectly twice times.).

Warm up questions: Have your students identify the 5Ws and an H:

Media Literacy: How do you decide what information you find online about election results is reliable or not?

Dig Deeper: Many experts have noted that this presidential election may be contested long after Election Day itself. There is a good chance states may not have a complete and accurate count of votes by November 3, partly due to record turnouts, record vote by mail and new COVID-19 precautions. President Donald Trump and others have already suggested they will challenge counts of ballots after Election Day. But what would a contested election look like? Use this lesson to explore how previous contested elections shaped history, including the contest of 2000.

How does media literacy allow you to discuss controversial topics? Do you think this election will be remembered as an especially unusual one?