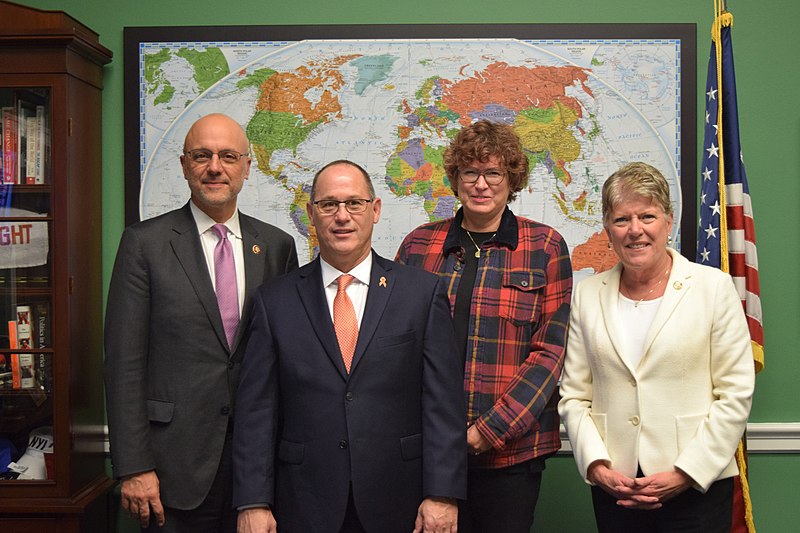 Note: Read the summary below and watch the video clips of Fred Guttenberg speaking to educators/staff and students over a PBS NewsHour EXTRA Zoom. Then answer the discussion questions. For students who want to learn more about gun violence and solutions as well as finding the helpers in their life after difficult times, watch the full video.

In mid-January, NewsHour EXTRA held a Zoom with Fred Guttenberg, gun safety activist, founder of Orange Ribbons for Jamie and author of a new book “Find the Helpers: What 9/11 and Parkland Taught Me About Recovery, Purpose, and Hope.”

The book focuses on those people in his Guttenberg’s life who helped him get through the tragedy and continue to do so.

Jamie, Guttenberg’s daughter, was killed in the shooting. She was just 14 years old.  Guttenberg’s son Jesse survived the attack that day.

Fred Guttenberg also spoke with educators about his brother who died of cancer in 2017, after being exposed to toxins as a first responder at the World Trade Center on Sept. 11th.

“My daughter was the toughest person I’ll ever know in my life.” — Fred Guttenberg

“You as the educators will teach about people who come out of this moment, heroes, leaders, that we don’t think of today, but you’ll be teaching about years from now.” — Fred Guttenberg on the role of educators/school staff

“Always look for the helpers. There will always be helpers,” Fred Guttenberg recalls the famous quote the name of his book by Mister Fred Rogers who offered variations of it over the years. The quote went viral after the Sandy Hook Elementary School shooting in 2012, and once again after the shooting at Marjory Stoneman Douglas High School in Parkland, Florida.

Fred Guttenberg said he will remind legislators on every trip he makes to Washington D.C. how they feared for their lives during the Capitol Riots, and how that’s exactly how his 14-year-old daughter Jamie felt before she was killed.

Dig Deeper: Have students read these Student Voice pieces and ask them what public policies should be enacted to decrease gun violence in the U.S.

High school teacher Sarah Lerner reflects on the emotional trauma she copes with daily in the aftermath of the Parkland, FL shootings.

Find free resources for supporting safe schools for students and teachers who want to become better informed and take action against gun violence.