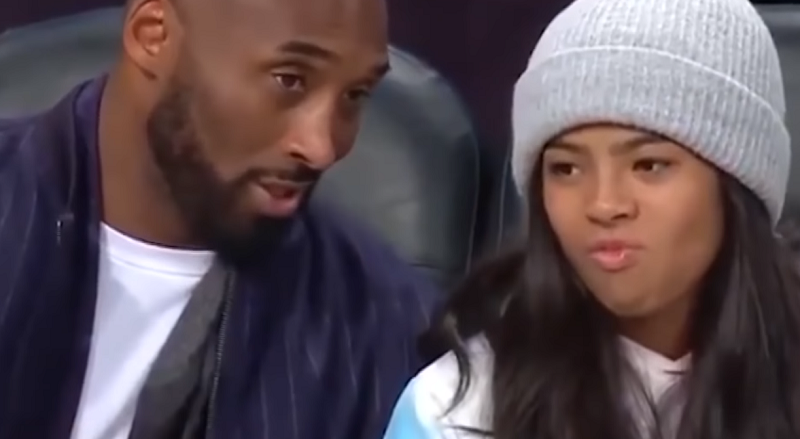 Kobe Bryant is pictured with his daughter Gianna at the WNBA All Star Game at Mandalay Bay Events Center in Las Vegas, on Jul 27, 2019. Credit: Stephen R. Sylvanie-USA TODAY Sports

Trigger warning: Contains some disturbing content that may make some students uncomfortable.

Fans across the country are mourning the loss of NBA great Kobe Bryant, who died Sunday in a helicopter crash along with eight others, including his 13-year-old daughter. The group was headed to a basketball game of Bryant’s daughter, Gianna, and other parents and children were on the plane. Known on the court for being both fiercely competitive and spectacularly talented, Bryant was the rare athlete who managed to transcend sports. In recent years, Bryant was well into establishing his post-basketball career, as a businessman, a writer and filmmaker — a short film titled “Dear Basketball” won an Oscar in 2018 — and overseeing the Kobe and Vanessa Bryant Family Foundation. Watch the video and answer the questions. You can turn on the “CC” (closed-captions) function and read along with the transcript here. To learn about all of the victims in Sunday’s helicopter crash, read this story here.

This article was originally published by PBS NewHour Extra and can be found here.