The life and legacy of Congressman Elijah Cummings

Maryland Rep. Elijah E. Cummings died on Oct. 17, after long-standing health problems, his congressional office said. He was 68. The Baltimore Democrat was a highly regarded figure in both political parties, known for his advocacy on civil rights issues. Cummings was chair of the House Oversight Committee and had been playing a central role in the impeachment inquiry. Cummings passionately advocated for those living in poverty in his black-majority district, which makes up a large portion of Baltimore as well as the wealthier suburbs. Watch the video below and answer the discussion questions. You can turn on the “CC” (closed-captions) function and read along with the transcript here.

In 2019, part of Cummings’ Oversight Committee work included investigations of President Donald Trump. As a result, in July, Trump tweeted that the Congressman’s district was a “rodent-infested mess”where “no human being would want to live.” A few weeks later at the National Press Club, Cummings said, “Those in the highest levels of the government must stop invoking fear, using racist language and encouraging reprehensible behavior,” that only serve to divide and distract the nation from its real problems, including mass shootings and white supremacy.

Maya Rockeymoore Cummings, chair of Maryland’s Democratic Party, said her husband “worked until his last breath because he believed our democracy was the highest and best expression of our collective humanity and that our nation’s diversity was our promise, not our problem.” 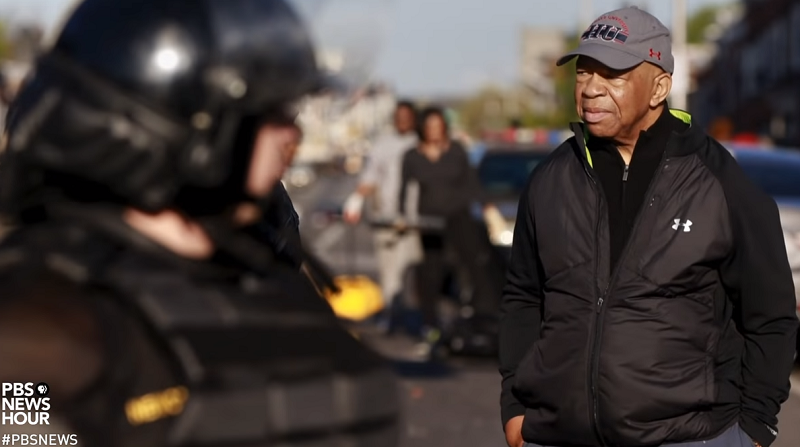 1) Essential question: What qualities did Elijah Cummings possess that made him such a strong leader?

2) What issues did Cummings address as chairman of the House Oversight Committee? What is the role of this committee?

3) How did the issue of civil rights change over Cummings’ lifetime? What do you think will happen to the fight for social justice in the future?

4) How did Cummings react to Trump’s comments about Baltimore and his leadership? How should political leaders communicate with each other even when they disagree?

5) What is one thing you could do to help empower another person?

6) Media literacy: Why do you think news outlets aired Cummings lying in state at the US capitol on Thursday? Why was this significant?

In July, President Trump made a slew of verbal insults about the city of Baltimore and Rep. Cummings’ leadership, which he called a “disgusting, rat and rodent infested mess.” At the time, civil rights activist Al Sharpton and Maryland Republicans Gov. Larry Hogan and former Lt. Gov. Michael Steele spoke out stating Trump’s words were stoking racial tensions. Ask your students: Why do you think Cummings had such strong support from both political parties?