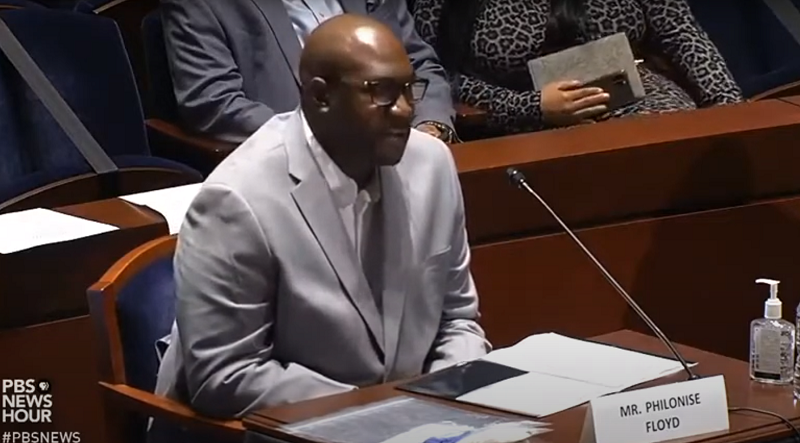 Philonise Floyd, George Floyd’s younger brother, headlined a June 10 hearing before the House Judiciary Committee, which is working on a bill to address police violence and racism. The hearing took place a day after George Floyd’s funeral in Houston, which was attended by thousands. In the two weeks since Floyd’s killing by Minneapolis police officer Derek Chauvin, nationwide protests have led to a slate of national and local policy proposals as well as signs of cultural change. Read the news summary, watch the video and answer the discussion questions. This video has been edited for length. To watch the video in its entirety or read the transcript, click here.

If there is time: Have students review this EXTRA Daily News Story from May 29, four days after Chauvin killed Floyd. What expectations of some of the interviewees have been met in the past two weeks? What expectations have not yet been met?

Floyd’s memorial service on June 4 included eulogies by family as well as prominent political figures such as Reverend Al Sharpton. Have your students watch this eulogy by Rev. Sharpton in which he says, “this is a different time and a different season,” suggesting this push for civil rights reform may produce change in ways past demonstrations were not able to achieve.

Ask your students: Does this seem like a “different time and different season” than past protests over racial injustice or police violence? If so, why?

To help put this moment in historical context, you may want to share this lesson plan about civil disobedience and civil rights in the US.