Student Voice: Listening to Reactions from the Democratic Debate 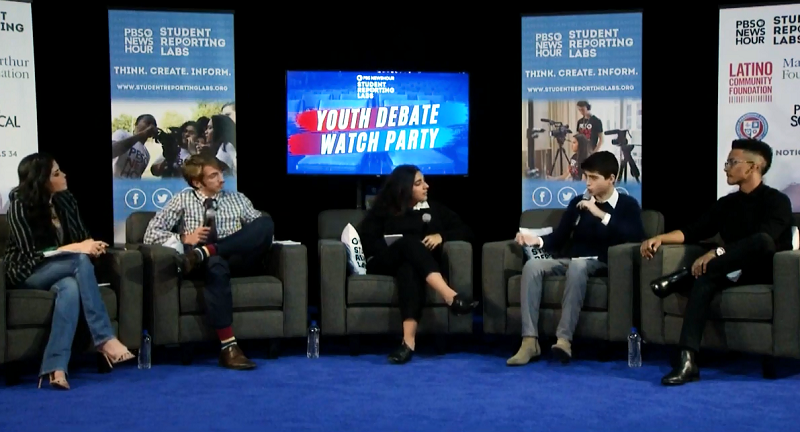 1. Focus question: How important is it to hear from young voters and youth not yet eligible to vote for president in 2020?

3. According to the panelists, one of the highlights of the debate occurred between Sen. Warren and Mayor Pete Buttigieg over campaign contributions, including holding fundraisers in “wine caves.” Watch the clip here. How do you feel about the issue of campaign contributions? Who do you think gave the better response and why?

4. Another exchange that caught the panel’s attention happened between Sanders and former Vice President Joe Biden over health care. Watch the clip here. Who do you think made the stronger point? Explain.

5. Sen. Amy Klobuchar and Mayor Buttigieg also traded barbs during the debate over experience and ability to win. Watch their exchange here. How important is experience in running for president? Who do you think made the stronger argument and why?

6. The youth panelists said they were disappointed that certain issues were not brought up, including gun control, indigenous rights, homelessness and housing. What issues would you like to have seen asked in the debate that were not addressed?

7. Media literacy: Check out PBS NewsHour’s highlights from the debate here. Be sure to check out at least three other news outlets’ (Huffington Post, CNN, Washington Post, Fox News, BuzzFeed, Democracy Now!, Wall Street Journal) coverage of the debate. What are the headlines? What exchanges between the candidates are discussed? Do you think the coverage was fair and balanced? Explain.

This article was originally posted by PBS NewsHour Extra and can be found here.