The U.S. military Withdraws from Afghanistan 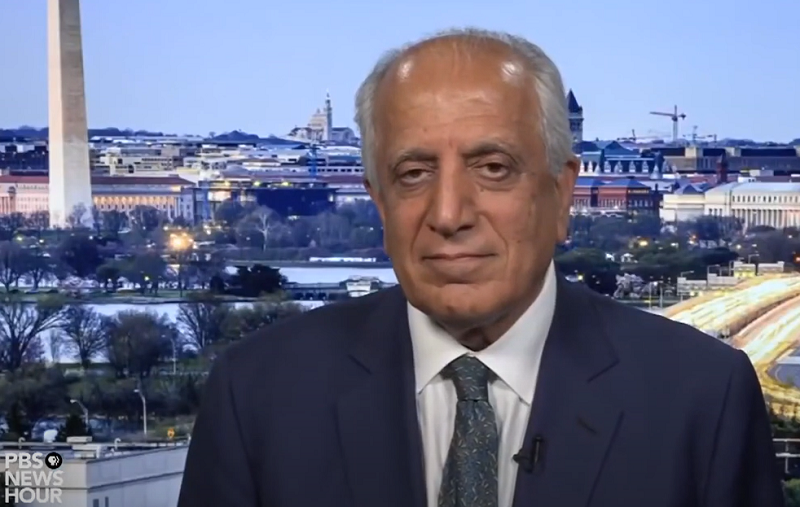 The U.S. Withdrawls from Afghanistan

The U.S. will soon complete the troops’ withdrawal from Afghanistan after 20 years of war. Nick Schifrin talks to the lead U.S. diplomat for the region, Ambassador Zalmay Khalilzad. Born in Afghanistan, he worked in various capacities with Presidents Ronald Reagan, George W. Bush and Donald Trump. He is currently the special representative for Afghan reconciliation under President Joe Biden. Read the summary, watch the video and answer the discussion questions below. In addition, read this article. Please note this video has been edited to be shorter for this Daily News Lesson. To view the full video and transcript, click here.

Background: Following the attack by the Islamist terrorist organization Al Qaeda on the United States on September 11th, 2001, bipartisan support in Congress led to authorization of invasion of Afghanistan to target the Taliban, “a regional Islamic political and military force” (CNN) that hosted Osama Bin Laden, leader of Al Qaeda. Bin Laden fled to Pakistan but the U.S. military remained in Afghanistan through shifting goals of a decades-long “war on terror” and worries of chaos and the return of the Taliban if U.S. military presence ended.

For a more in-depth summary and background, see this article.

Media Literacy: This activity contains both an article and a video expressing information about the same topic. Which did you find more engaging? Which was more accessible? Why did you think one was more accessible than another? What media tools did it utilize?

Reasons for the end of Detente

In January 2009, the media narrative in the U.S. favored increasing the number of troops in Afghanistan, bending the public opinion in favor of the same. Understanding the national catastrophe...

In 1992 a civil war in Afghanistan turned the country upside down. It also littered the country with landmines. In this public radio story we hear from a man who saw childhood friends killed by...

PBS NewsHour Extra helps teachers and students identify the who, what, where and why-it-matters of the major national and international news stories. The site combines the best of NewsHour's reliable, trustworthy news program with lesson plans developed specifically for students. Standards-aligned resources cover subject areas, including government and civics, STEM, social studies, English, the arts, economics and media literacy. Engaging and thoughtful discussion questions ask students to explore all sides of an issue, and extension activities ensure students go beyond just the headlines.