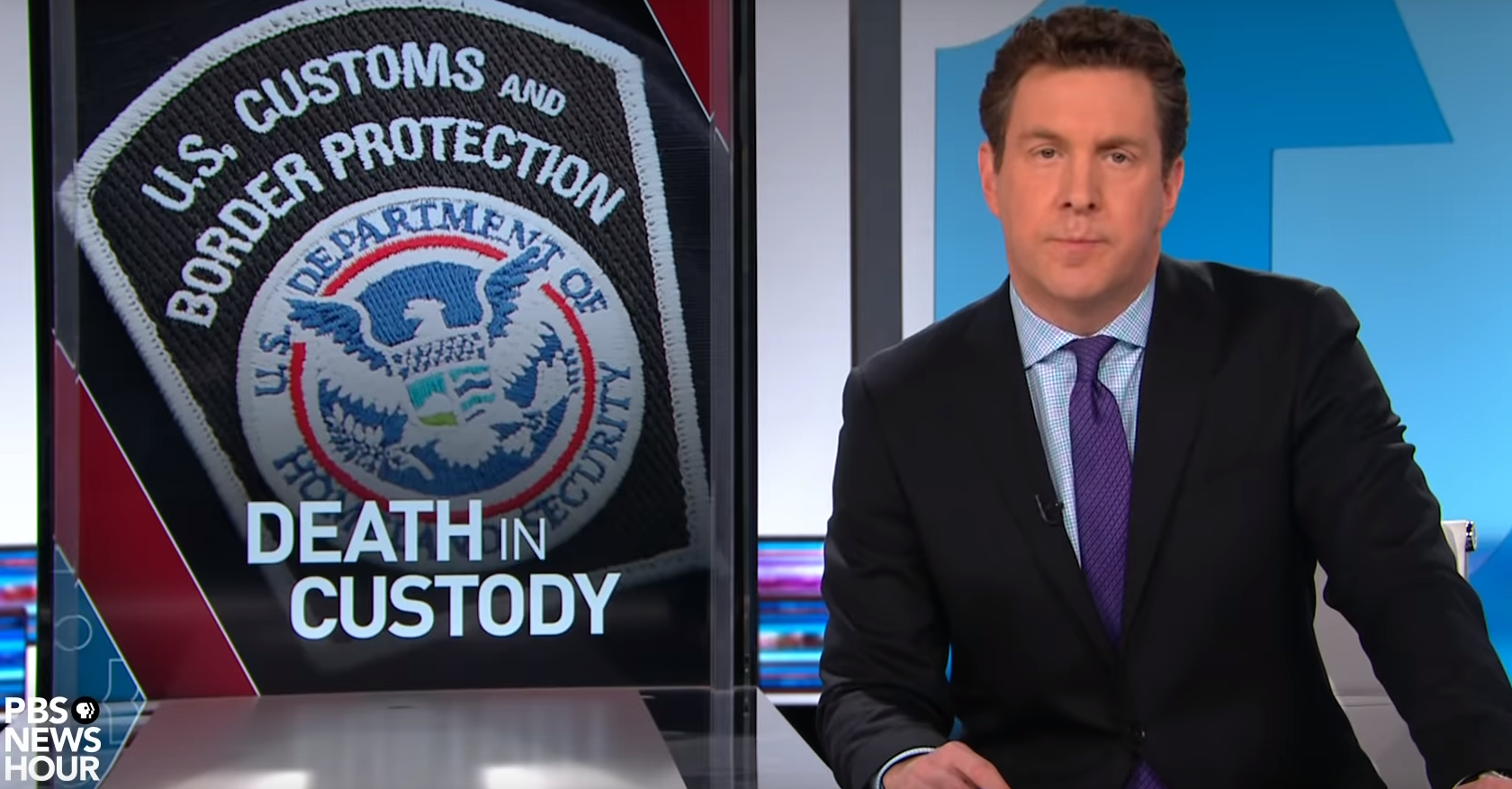 Directions: Read the summary, watch the video and then answer the discussion questions. Your students may find it helpful to follow along using the transcript. To learn more about this incident, read NewsHour’s article here.

Summary: After a second immigrant child died in U.S. custody on Christmas Eve, Department of Homeland Security (DHS) Secretary Kirstjen Nielsen announced that Coast Guard medical personnel would be deployed to screen people crossing the Mexico border. Eight-year-old Felipe Alonzo-Gomez of Guatemala died after being treated by medical personnel who reported Felipe had a 103 degree fever before releasing him back into custody. On Christmas Day, friends and family held a funeral for seven-year-old Jakelin Caal in her home village of San Antonio Secortez in Guatemala. Jakelin died earlier this month after developing a high fever while in U.S. custody. NewsHour’s Yamiche Alcindor speaks with Dr. Colleen Kraft, president of the American Academy of Pediatrics, about harmful conditions at migrant detention centers and the specific medical needs of children.

1) Essential question: What do you think needs to be done to ensure migrant children receive proper medical care while in U.S. custody?

2) Why might children be at particular risk of developing health problems in U.S. Customs and Border Protection detention centers?

3) Why is it the responsibility of the U.S. government to ensure health needs are met for migrants in U.S. custody? Why do some members of the public not believe that U.S. authorities are responsible for the health care of individuals being held in detention? What is your opinion and why?

4) Media literacy question: Why did NewsHour choose to show a CBS video clip of U.S. Customs and Border Protection Commissioner Kevin McAleenan as part of the interview with Dr. Colleen Kraft, president of the American Academy of Pediatrics?

5) In recent years, why have greater numbers of families from some Central American countries like Guatemala decided to try to send their children to the U.S.? If you are not sure, how could you find out?

Essential question: Why did the decision to separate families cause such an emotional response?

The current influx of unaccompanied children at the United States' southern border is an international humanitarian and refugee crisis in desperate need of resolution...

New York, NY, June 19, 2018 … The Anti-Defamation League (ADL) today issued a statement on behalf of a group of hidden children of the Holocaust who felt strongly compelled to oppose the Trump...

On December 10, Human Rights Day, we commemorate the 70 year anniversary of the Universal Declaration of Human Rights (UDHR).