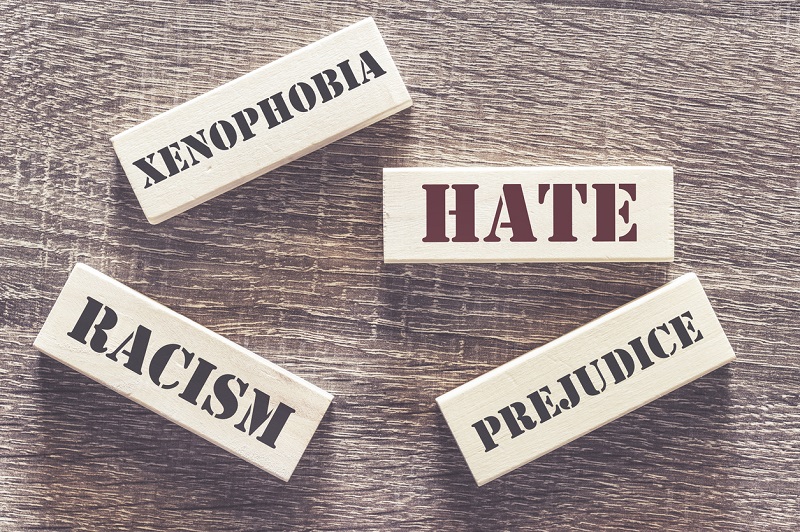 Standing up to bigoted language

It has become commonplace to witness a public display of bigoted and offensive language. In a tweet, President Trump remarked that four U.S. Congresswomen of color (Ocasio-Cortez, Omar, Pressley and Tlaib) should “go back and help fix the totally broken and crime infested places from which they came.” The language of "go back to where you came from" is widely recognized as a racist slur, and in particular this one is also factually inaccurate as all four Congresswomen are citizens and three of them were born in the U.S.

As has become the typical news cycle, the latest remarks are reacted to with outrage, denials, repudiations, criticisms and—from far too many—nothing at all.

Educators wonder how to talk about it in schools. Parents worry about their kids hearing it and how they should respond. And many people simply question what can be done, if anything. And then we move on.

But what if we don’t want to move on?

Every day—from the schoolyard to the White House—we hear biased, bigoted and hurtful language. From racist “jokes” to slurs to stereotypes to blatant bigotry, the impact of standing by and doing nothing is profound. It tacitly condones the words. It sends a message to those who are in that group that they could be targeted next. It contributes to internalized oppression of those who are on the receiving end. And it leads to an increasing escalation of hate, bias and injustice in society. Indeed, the pyramid of hate shows us that when people or institutions treat lower-level biased attitudes and language as acceptable by saying and doing nothing, the bias keeps moving up the pyramid to more serious acts of discrimination and violence.

Since we cannot control what others say or do, especially those in positions of power, let’s talk about what we can do.

We need to hold each other accountable when our friends, acquaintances, classmates, family members, co-workers, neighbors and elected officials either make the comments themselves or remain silent, make excuses or defend biased and stereotypical language. This is especially important as we raise the next generation so that they know, through our words and deeds, that bigoted words are unacceptable. We need to actively challenge biased language and encourage all around us—including young people—to do the same. Here are some ways to do that: 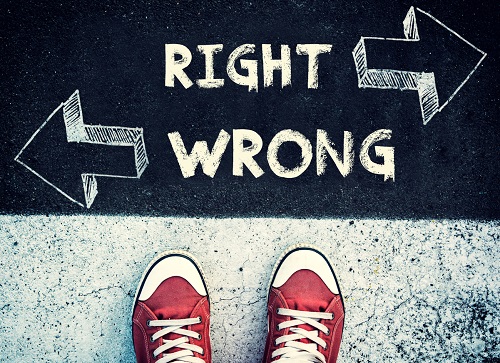 It can be challenging when you are confronted with offensive jokes and slurs. You may feel uncomfortable or unsure what to say in the moment and you may be accused of having no sense of humor. However, when you remain silent, you are communicating your acceptance of the behavior to others. That is why it is important to say or do something. You can first try talking with the person privately. Let the person know how you feel about what they said and the impact it had on you and others and why. Request that this “humor” is not used around you and that they think seriously about who they use it around if they insist on keeping it up.

When someone says something that sounds biased and those around that person confront them, sometimes the response is defensiveness and “that’s now how I meant it” or “you’re taking it the wrong way.” We know that language is always evolving. And we want to assume good will. Everyone makes mistakes, and even when we make sincere efforts to be aware of our language, we may still use insensitive language. While the intent may not be to offend, the impact of those words can deeply affect others--especially the person targeted and others who identify in that same way. While it’s important to acknowledge that everyone has bias, people also need to take responsibility for their own biases, to self-reflect and learn to stop them from escalating. When you notice biased attitudes in yourself or if it is pointed out by others, ask yourself the following questions: Where does this bias come from? How is it hurtful? What can I do to challenge it in myself? How can I be better at challenging it in others?

Bigoted language: think and then act

Before you say something or act, take a moment, several minutes or even day(s) to reflect on what was said and be clear about what you want to accomplish in your interaction. Do what you can to ensure your own safety online and offline in how you respond. Sometimes you are challenging what was said to understand where the person is coming from, or sometimes to educate the person about the power of their words or explain the context of those words. Sometimes you want to interrupt the bigoted words and leave it at that. Whether it’s done in the moment or later, ask questions and let the person know why their words were offensive and hurtful. Be respectful but don’t sugar coat it. You might say something like: What did you mean by that? That sounded to me like a stereotype. Do you understand why that was so hurtful? You can speak up in-person and online. And if you are seeking a way to amplify your voice on a bigger level, activism can be a way to do that.

Bigoted language: educate yourself, others and promote empathy

Sometimes people use slurs, offensive language, bigoted words and racist “jokes” because they don’t know or understand the origin of those words. Or they make generalizations about people they know little about. You can help to correct inaccuracies by providing reliable information, historical context when relevant and statistics when the example cited is a “single story” rather than a nuanced and complex understanding of people or a whole nation. Help fill in the blanks, dispel stereotypes and contextualize people’s uninformed use of words and language. When you discuss it from an educational perspective, you also provide an opportunity for those to empathize with others. Instead of putting people down, we can use that energy to understand people who are different than we are, assuming there is good will on both ends. Learning to empathize with others’ lives, feelings, experiences and situations is what makes us human and helps us connect with one another.

Explore Share My Lesson's Adressing Racism & Stereotyping Collection for ways to engage with your students on this topic.

This article was originally published by ADL and can be found here.