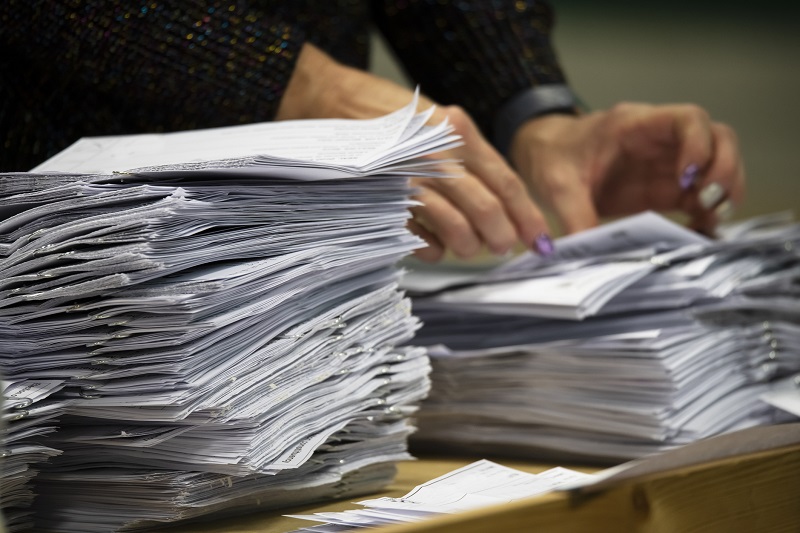 "Facts are stubborn things": A government teacher and his student discuss Trump's claims of voter fraud despite zero evidence.

By David Cutler, history, government and journalism teacher, Brimmer and May School

So said President Donald Trump from the White House briefing room Thursday, and almost immediately my heart fell into my stomach. Never in U.S. history has an incumbent so callously and baselessly assaulted the integrity of America’s election system—which has been the hallmark of our republic since 1788, with the ratification of the federal Constitution.

As a high school history and government teacher, I take seriously my responsibility to value diverse and even conflicting opinions, while also cherishing truth. For direction on how to address students about Trump’s address—which will live in infamy—I recalled my favorite John Adams quote: “Facts are stubborn things; and whatever may be our wishes, our inclinations, or the dictates of our passions, they cannot alter the state of facts and evidence.”

For the next class, I told my students that no evidence exists of serious voter fraud or irregularity significant enough to change election results. I stated that Trump had fanned the flames of unrest and division, the likes of which this nation has not experienced since the outbreak of the Civil War in 1861. I walked a fine line between offering a degree of comfort—telling students of my relief about largely peaceful protests from both sides—and avoiding minimizing legitimate concerns about what could still transpire.

"These are legitimate fears without modern historical precedent, I told my students. That makes it all the more incumbent upon them to lead by example, and no matter their feelings, to make their voices heard in a peaceful and civil manner"

Indeed, students expressed concern about the president’s refusing to leave the White House, and how his actions could encourage violent reactions from his supporters—including militias and supremacist groups he has been slow or hesitant to condemn.

These are legitimate fears without modern historical precedent, I told my students. That makes it all the more incumbent upon them to lead by example, and no matter their feelings, to make their voices heard in a peaceful and civil manner. To up the ante, I asked one of my seniors in government for her take on how to help the nation coalesce around facts and evidence.

Instead of summarizing, I invited Karly Hamilton ’21 to share for herself below. 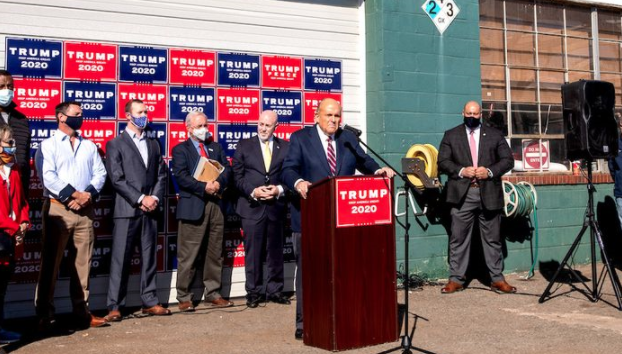 By Karly Hamilton, senior, Brimmer and May School

Watching the outcome of the election play out on a public stage, I saw the concerns I had been harboring for months become an unfortunate reality. Our country is more divided than it has been in decades, and the divide is made worse by claims that have not proven accurate.

The world we live in today is one where fake news can dominate the media, and people often hear what they want to hear. Selectively reading the news or relying solely on social media—which can be tailored to reflect what you want to see—is not an effective means of gathering accurate information.

Trust in news organizations should not be gained because of what is reported, but rather the evidence that is provided. The same goes for people. I am far more willing to trust the words of someone who has evidence for a statement than someone who shares an opinion, expecting people to blindly follow.

Unfortunately, President Trump has relied on blind trust and acceptance from many of his supporters to contest Joe Biden’s victory. False reports of voter fraud only add fuel to the fire, claims which often lack clear evidence in their favor.

Electing a president is no small thing, and the lack of acknowledgment of the recent results leads me to believe the next few months—if not years—will be filled with increased political polarization. Four years ago, many were outraged when Trump was elected to office, but this year, frustrated citizens have been far more vocal about their concerns over both presidential candidates.

"Electing a president is no small thing, and the lack of acknowledgment of the recent results leads me to believe the next few months—if not years—will be filled with increased political polarization."

We have reached a crossroads, one where nobody knows what comes next. The only thing I know for certain is that we, as a nation, need to do better. Disagreement can be civil. I know because I often have views contrary to those of my classmates, and we can communicate and listen to each other with respect and open-mindedness.

As we await further clarification on what the next four years will look like, we need to find a common ground where facts are agreed upon regardless of their political value. And that remains true no matter who leads the country. If we cannot find that common ground, I have a bad feeling we will be in a similar situation for the 2024 election.