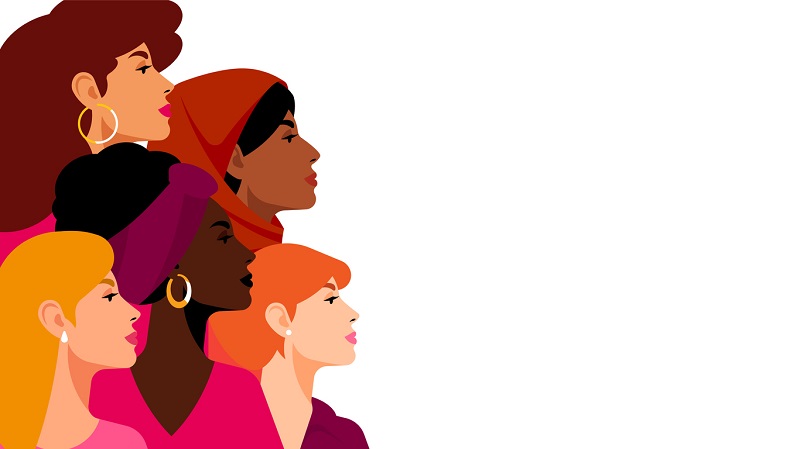 What do you think of when you see Labor Day on your calendar? A sunny summer day, barbecues, a school holiday, or maybe the time of year that signals it is ready to go back to school. You may even think briefly about unions, knowing that unionized workers made possible not only a holiday dedicated to and for workers, but also weekends, child labor laws, and safe working conditions in the United States.

Do you know the origins of Labor Day? It became a federal holiday in the U.S. in 1894. Created to honor and celebrate the labor movement, workers, and the contributions of both to American society. The labor movement is instrumental with American society being what it is today; there is so much overlap between labor and other aspects of American history. Here’s one example:

You know about civil rights leader Martin Luther King Jr., of course. But did you know how intertwined the labor movement and the civil rights movement were? The AFT was a main funder of the March on Washington for Jobs and Freedom, where Dr. King gave his famous “I Have a Dream” speech. King was a supporter and believer in the positive power of unions. He was the keynote speaker at the AFL-CIO’s annual convention in 1961. “The labor movement did not diminish the strength of the nation but enlarged it,” he said at the convention. “Those who today attack labor forget these simple truths, but history remembers them.” We even have a thank-you letter King wrote the late former AFT President Albert Shanker when he was still president of the United Federation of Teachers in New York City. If you haven’t already, be sure to check out Share My Lesson’s collection of teaching resources on Martin Luther King’s accomplishments and his legacy.

There is no singular figurehead of Labor Day or the labor movement in this country; however, millions of Americans have unionized for health; prosperity; equality; and a more perfect, well, union. We’ve celebrated Labor Day since the late 19th century, and the contributions made since the movement began are worthy of celebration—and should have a place in the history books. As such, here are five labor leaders who you may not know or teach about—but should. These women are inspiring individuals who have influenced the labor movement in this country.

Grace Abbott was born in Nebraska in 1878 to a Union Army veteran and abolitionist father and a high-ranking suffragette mother. Abbott’s work focused on fighting for the rights of children, recent immigrants, and new mothers and their babies. Her work on social welfare meant that she was fighting to make sure children were seen as citizens with rights. Abbott helped combat the very high infant and maternal mortality rates of the time via social work, and organized to help immigrants with their rights and livelihood. Though her list of accomplishments is long and impressive, Abbott is most often associated with her work on drafting the Social Security Act, which was passed in 1935, just years before her death in 1939.

Born in New Mexico to Mexican immigrant parents in 1930, Dolores Huerta is the only person mentioned here who is still alive today; she is 91. Huerta has dedicated most of her life to organizing, edifying and fighting for the rights of immigrants, women and workers. She is perhaps best known for having co-founded the United Farm Workers (originally called the National Farm Workers Association) with César Chávez in 1962; this union was founded to protect the mostly Latinx farm workforce from the exploitation they often faced. Since that time, Huerta has been active, establishing the Dolores Huerta Foundation in 2002, where she continues her life’s work, with the additions of fighting the school-to-prison pipeline and championing environmental justice. In 2012, she was awarded the Presidential Medal of Freedom from President Barack Obama. In 2019, Huerta was arrested at a protest with the Service Employees International Union in Fresno, Calif.

If you’ve ever heard the phrase “bread and roses,” regarding workers deserving more than just the bare minimum to survive, the term should be credited to Rose Schneiderman. Born Rachel Schneiderman in what was then known as Russian Poland, Schneiderman and her religious Jewish family immigrated to the United States in 1890, when she was about 7 years old, and settled in a tenement building on New York City’s Lower East Side. Schneiderman reluctantly left school after sixth grade to work, because her father’s death in the winter of 1892 left her family impoverished. She became intimately familiar with the conditions that garment workers, especially the women, faced. She successfully chartered the first women’s local of the United Cloth Hat and Cap Makers Union, and thus began her career as an organizer. During the Triangle Shirtwaist Fire in 1911 when nearly 150 workers died in the fire or from jumping out of the ninth-story window to escape the fire. an outraged Schneiderman and the union movement emphasized that these were the conditions they had been fighting to prevent. Rose Schneiderman is perhaps best known for being a founding member of the American Civil Liberties Union.

At just age 16, Emma Tenayuca was arrested for the first time during a protest. Tenayuca was born in San Antonio in 1916; her Comanche family’s history in South Texas stretched back further than Mexican independence. She grew up during the Great Depression, watching how her town of Mexican workers were hit hard by the Depression and treated unfairly in their places of work. Tenayuca famously led the 1938 San Antonio pecan shellers strike, which involved more than 12,000 workers at over 130 facilities. Emma Tenayuca can be an example to students that one need not be older to do their part and make our country a better place. Even though she is less well known than some of the other labor icons, Tenayuca still has her place in our Share My Lesson resources.

ROSINA TUCKER
Resource: The First Black-Led Union Wouldn’t Have Existed Without This Woman

Rosina Tucker was born in 1881 in Washington, D.C., to two formerly enslaved people. Tucker’s husband was a porter with the Pullman Palace Car Company, which was the largest employer of Black men during the 1920s. The infamous company was well-known for being especially hard on unions (it surveilled, harassed and retaliated against workers involved with unions), and thus Tucker became a secret agent of sorts for the Brotherhood of Sleeping Car Porters, which was the first Black-led union chartered with the AFL. Under the guise of making social calls to the homes of other Pullman wives, Tucker used these visits to organize, pass out union literature, and even collect dues. Recalling that time, she said, “Material was sent to me, and I personally disseminated it to the men. I kept them in touch with what was going on, because it was dangerous for them to let it be known even to each other that they were members or had expressed any interest in the Brotherhood.”

Unionizing and the labor movement are all about collective action, about protecting the rights of many from the power of a few, so maybe the labor movement does not have a singular figurehead for a reason. Though the labor leaders mentioned earlier are invaluable to the movement and the United States generally, the reason we pause and reflect on Labor Day weekend is because of the collective power of people doing their part to make this country a more equitable place. So please enjoy your day off, but while you’re soaking up the sunshine, just take a moment to think about the people who made the holiday possible.

I love this, Brianna! Thanks for sharing an important part of our labor union history.

Hello, these are great resources. I am curious as to why some of the women you mention are identified by their race and national origin in the title (such as Black and Latina), and others are not. Please explain. thank you,
Newsletter sign-up form
Share My Lesson