FISE members believe schools must reopen but must do so safely. We must follow available science and public health guidance and the expertise of educators and health practitioners.

I am a member of the Kiowa Tribe of Oklahoma and, as president of the Federation of Indian Service Employees, I speak on behalf of about 5,600 employees in four federal agencies governing Native American affairs. Our work falls under the U.S. Department of the Interior, whose stated goals include honoring our cultures and tribal communities. FISE represents employees nationwide; about a third of our members work at tribal schools in Arizona and New Mexico.

As you have probably heard by now, the novel coronavirus has hit Native American communities especially hard. It is a sad fact that misinformation or no information from the managers of Bureau of Indian Education schools has complicated the lives of our students and members, violating the promise the federal government made long ago to safeguard Native peoples. This is why we need our union to fight on our behalf.

Before I share what is happening, you should know that about 80 percent of our members are affiliated with a Native American tribe and traditionally live in multigenerational homes, which accelerates their concerns about contracting the coronavirus and spreading it to their families, particularly the elderly. The majority of Native Americans depend on the Indian Health Service to provide their healthcare, which is just as vastly underfunded as the BIE schools. Having a personal computing device and a vehicle is a luxury for many Native families.

At the end of January, our national union, the American Federation of Teachers, alerted us to the possibility of a coronavirus pandemic. The union provided information and resources. Meanwhile, some FISE members were being advised to take home their laptop computers “just in case.”

By early March, my federal supervisor had attended a conference in Washington state and was told to quarantine for 14 days upon her return to Albuquerque. By mid-March, the governors of New Mexico and Oregon had shut down their public schools. Many BIE schools were on spring break, so we were inundated with inquiries on what BIE was going to do. By March 17, all bureau-operated schools shut down, and our boarding schools sent students home — but employees were directed to continue to report for duty. This raised many questions and no consistent answers.

"Eventually, employees were directed to “shelter in place” and switched to telework. However, they are not trained or equipped for telework, and live in rural areas with little or no internet access."

On March 18, after numerous futile attempts to get decisive, consistent guidance, and an increase in inquiries from worried employees, I emailed our entire bargaining unit to inform members that their union was making every effort to advocate for them, get answers to their questions and find solutions for their concerns.

In early April, management offered a new federal law, the Families First Coronavirus Response Act, as a way for employees to remain on telework or care for themselves and their families. However, this law was often misinterpreted and applied inconsistently until the decision was made for bureau-operated schools to remain closed for the rest of the school year.

At the end of April, our union received a draft of the BIE’s plan to reopen schools. We asked to participate in the reopening task force and met once, virtually, on May 22. After that, BIE told us that the task force would not reconvene so that the bureau could align its reopening plan with that of the Trump administration.

To make matters worse, on June 24, with only a few hours’ notice, the Bureau of Indian Affairs migrated its email system, which required technology that most BIE employees cannot get. Suddenly, they could not receive information from either their union or their supervisors. This situation continues to affect about 1,000 BIE contract educators.

"In late June, the BIE reopening plan was published for comment in the Federal Register, but our proposal for reopening has been ignored."

Throughout July, FISE made numerous attempts to communicate with federal managers regarding reopening, unemployment benefits, email, employee leave and specific concerns about our four off-reservation boarding schools in California, Oklahoma, Oregon and South Dakota. The guidance we received was confusing.

We also requested a list of each school and the type of teaching it will offer, so that we can notify employees and assess working conditions. It is now time to reopen, and we have not received any decision other than the most recent plan, which still states that BIE prefers in-person teaching “to the extent possible.” This leaves decisions on how to reopen schools on Sept. 16 up to each school, the tribal government, state governors and local health officials.

"FISE members believe schools must reopen but must do so safely. We must follow available science and public health guidance and the expertise of educators and health practitioners. As we are seeing across the country, a premature return to normal activity without proper precautions risks surges in infection and new shutdowns."

Based on what is known about the disease and its spread, there are two non-negotiable components: physical distancing and a robust public health infrastructure. The best way to keep students and staff in school is to ensure that community transmission is under control.

The federal “Return to Learn” plan still treats essential safety measures as recommendations, not directives. On social distancing, face coverings and other protective gear, the guidelines are worded in equivocating language such as “when feasible,” “if possible,” “within reason” or “to the extent practicable.” Our tribal nations already have been decimated. We cannot afford any more deaths.

I want to be clear that we are not calling for an overhaul of the BIE. To the contrary, we acknowledge that the bureau has the right intentions, and we support its mission 100 percent. What we want is an opportunity to truly collaborate and to be heard. We share the BIE’s goal of educational excellence and equity for Native students — to ensure that they are able to meet the same challenging college and career-ready standards required of all students. It was encouraging to see that the plan aspires to meet the academic, health and social needs of Native children.

My philosophy has always been that our union’s priority is to fulfill the mission of the agencies we represent. Our job is to ensure that federal employees have the utmost opportunity to do their part in providing services that Native people are entitled to through treaty obligations and trust responsibilities. I believe that the federal government should treat our members with fairness and respect. During my tenure as FISE president, I have worked very hard to establish good professional relationships throughout the country. Now is the time for the federal government to honor those relationships and to protect our communities. 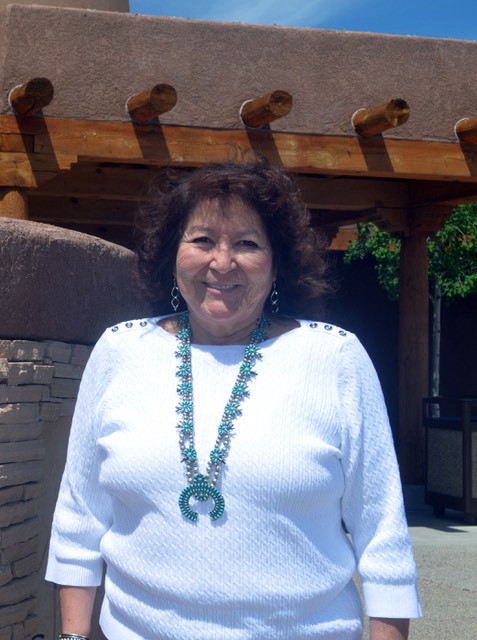 Lahoma “Sue” Parton is an enrolled member of the Kiowa Tribe of Oklahoma, an educator and president of the Federation of Indian Service Employees, an AFT affiliate that represents about 5,600 federal employees in four agencies under the U.S. Department of the Interior. These employees, spread across 22 states on or near tribal reservations, provide federal services to the Native American people. Parton lives in Albuquerque, N.M.

This blog is adapted from testimony to the Subcommittee for Indigenous Peoples of the U.S. House Committee on Natural Resources. Republished with permission from AFT Voices.

Find classroom resources on Native Americans and Indgenous Peoples with Share My Lesson.

My heart breaks for your communities.