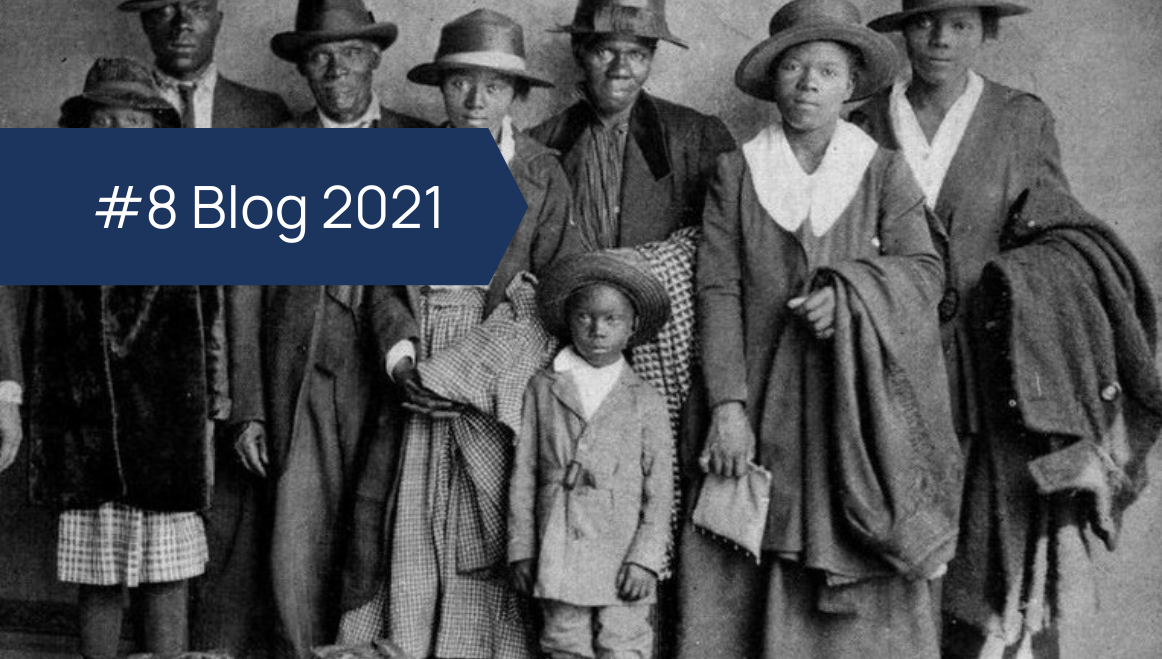 Re-Imagining the Role of Black Migrations in U.S. History

After Reconstruction, Black Americans began a country-defining migration, known as the Great Migration, between 1916 and 1970.

Re-Imagining Migration believes we cannot tell or teach the story of the United States without the contribution of those of the African diaspora. Their story, as is the American story, is inextricably linked to movement. The migrations of people with African ancestry are foundational to the history of North America. According to scholar Henry Louis Gates, “Between 1525 and 1866, in the entire history of the slave trade to the New World …12.5 million Africans were shipped to the New World. 10.7 million survived the dreaded Middle Passage, disembarking in North America, the Caribbean, and South America.” Of those, about 400,000 were taken to the U.S. against their will.

Writing in the New York Times for the 1619 Project, Nikole Hannah-Jones explains:

"Those individuals and their descendants transformed the lands to which they’d been brought into some of the most successful colonies in the British Empire. Through backbreaking labor, they cleared the land across the Southeast. They taught the colonists to grow rice. They grew and picked the cotton that at the height of slavery was the nation’s most valuable commodity, accounting for half of all American exports and 66 percent of the world’s supply. They built the plantations of George Washington, Thomas Jefferson and James Madison, sprawling properties that today attract thousands of visitors from across the globe captivated by the history of the world’s greatest democracy. They laid the foundations of the White House and the Capitol, even placing with their unfree hands the Statue of Freedom atop the Capitol dome. They lugged the heavy wooden tracks of the railroads that crisscrossed the South and that helped take the cotton they picked to the Northern textile mills, fueling the Industrial Revolution. They built vast fortunes for white people North and South—at one time, the second-richest man in the nation was a Rhode Island “slave trader.” Profits from black people’s stolen labor helped the young nation pay off its war debts and financed some of our most prestigious universities. It was the relentless buying, selling, insuring and financing of their bodies and the products of their labor that made Wall Street a thriving banking, insurance and trading sector and New York City the financial capital of the world."

Thomas Jefferson’s letter to the Marquis de Lafayette, a French aristocrat and supporter of the American Revolution, after the Haitian Revolution exemplifies a tension between his desire for freedom and his resistance to freedom, and freedom of movement for those in the Black diaspora. He wrote:

"[W]hile you are exterminating the monster aristocracy, & pulling out the teeth & fangs of its associate monarchy, a contrary tendency is discovered in some here. a sect has shewn itself among us, who declare they espoused our new constitution, not as a good & sufficient thing itself, but only as a step to an English constitution, the only thing good & sufficient in itself, in their eye … what are you doing for your colonies? they will be lost if not more effectually succoured. Indeed no future efforts you can make will ever be able to reduce the blacks. all that can be done in my opinion will be to compound with them as has been done formerly in Jamaica."

The Great Migration: A Historic Exodus

Before the Civil War, Africans forced to migrate to the U.S. resisted the brutality of enslavement, used the law when possible, and in turn, created new identities for themselves. Not simply Africans in America, they became African Americans, people whose contributions to the nation were rarely recognized by their fellow Americans. For some, dreams of migration and freedom were inextricably linked. However, even those who managed not to be ensnared in the system of perpetual bondage found their movement restricted. Hope, for some, lay in the possibilities of emigration from the U.S. to newly independent Haiti or the newly formed country of Liberia.

After the Civil War and Reconstruction, Black Americans began a country-defining migration, this one within the borders of the U.S., the Great Migration of African Americans to the North. Between 1916 and 1970, scholars estimate that over 6 million Black Americans migrated from the South to the North and West. In the cities of the North, they joined generations of immigrants, primarily but not exclusively from Europe, who were also building a new life for themselves in the U.S.

Isabel Wilkerson, author of The Warmth of Other Suns: The Epic Story of America’s Great Migration, writes that black residents who fled North during the Great Migration:

“had more in common with the vast movements of refugees from famine, war and genocide in other parts of the world, where oppressed people, whether fleeing 21st-century Darfur or 19th-century Ireland, go great distances, journey across rivers, deserts and oceans or as far as it takes to reach safety with the hope that life will be better wherever they land.”

While there are overlaps between the stories that Wilkerson compares, it is also true that the cultural, legal and social interplay among and between Black Americans, Immigrants from across the globe, Nativists and Native Americans, have hardened ideas of race and white supremacy in the U.S.

Black movements for equity and freedom of physical movement have always been developed in relationship with the larger Black diaspora. Those within and beyond the shores of the United States deeply invested and concerned with the collective black struggle: Marcus Garvey and the UNIA, Malcolm X's Caribbean mom, Stokely Carmichael's Trinidadian Origins. This became even more prevalent post-1965 as immigration quotas were less restrictive. Since that time, the number of Blacks born outside the U.S. who have made the country their home has risen. While the number of Black immigrants remains relatively low, the percentage has quadrupled since 1980.

After Jamaica and Haiti, Nigeria is the third-largest birth country of Black immigrants to the U.S. However, the number of African migrants to the U.S. is likely to shrink after President Trump expanded a travel ban to include six new countries, including four African nations: Eritrea, Nigeria, Sudan and Tanzania.

Scholars at the Migration Policy Institute note that there were more than 2 million immigrants from sub-Saharan Africa living in the U.S. in 2018. However, it would be a mistake to assume they all came the same way or for the same seasons.

"There were very few sub-Saharan Africans in the U.S. just a few decades ago, with under 150,000 residents in 1980. Since then, immigrants from some of the largest sub-Saharan countries, such as Nigeria, Ethiopia, Ghana, Somalia and South Africa, have settled in the U.S. Overall, more than 2 million immigrants have come from the 51 countries that comprise sub-Saharan Africa, making up 84 percent of the 2.4 million immigrants from the entire African continent. The remainder are from North Africa: Algeria, Egypt, Libya, Morocco, Sudan and Tunisia."

The diversity in origins for this population is mirrored by the diversity in reasons for coming to the United States, with the arrival of refugees from conflict-ridden countries such as Ethiopia, Somalia, and the Democratic Republic of the Congo; highly skilled immigrants and foreign students from Nigeria, Kenya, Ghana and South Africa; Diversity Lottery visas recipients from countries such as Liberia and Cameroon; and, more recently, family members reuniting with immigrants already residing in the U.S.*

While today’s Black immigrants do not share the same history as families of Black Americans who came in earlier generations, it does not mean that people do not lump them together or attempt to define them with ideas about race. Chimamanda Ngozi Adichie, a Nigerian immigrant and author of the book Americanah, warns about such labeling in her TED talk “The Danger of a Single Story.” In 2013, she spoke to NPR’s Terry Gross about the way that American ideas about race have shaped her sense of self as an African in the United States.

"I remember when I first came to the U.S., I really didn’t consciously think of myself as Black because I didn’t have to. I thought of myself as Igbo, which is my ethnicity. And then in the U.S., there’s a moment when I had just arrived, and an—and I was in Brooklyn, and this African American man called me sister. And I remember reacting almost viscerally and thinking no, I am not your sister. And then I think also at the time I had very quickly absorbed all the negative stereotypes of blackness in America, and so I didn’t want to associate myself with that. And I also remember in undergrad, when a professor of mine came into class and said who is Adichie because this person called Adichie, which is the way Americans often pronounce my last name, had written the best essay in class. And I remember raising my hand, and for a fleeting moment, there was a surprise on my face. And I realized that the person who wrote the best essay wasn’t supposed to look like me."

We have curated 17 classroom resources using the Re-Imagining Migration Learning Arc that you can use to explore Black history in the U.S. and beyond.

After The Great Migration: Contemporary Trends

Ashley O. Aluko is Re-Imagining Migration's Teacher in Residence and midway through her ninth year in education.

Adam Strom is the director of Re-Imagining Migration. Throughout his career, Strom has connected the academy to classrooms and the community by using the latest scholarship to encourage learning about identity, bias, belonging, history, and the challenges and opportunities of civic engagement in our globalized world.  Before helping to found Re-imagining Migration, he was the director of Scholarship and Innovation at Facing History and Ourselves where the educational resources produced under his direction were used in thousands of classrooms around the world. 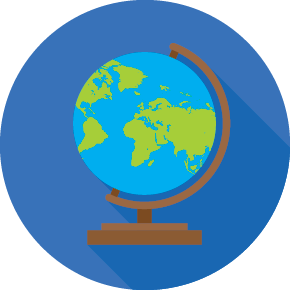 Building Community Across the Miles