Teaching in the Age of Coronavirus — Week 11: No Justice, No Peace 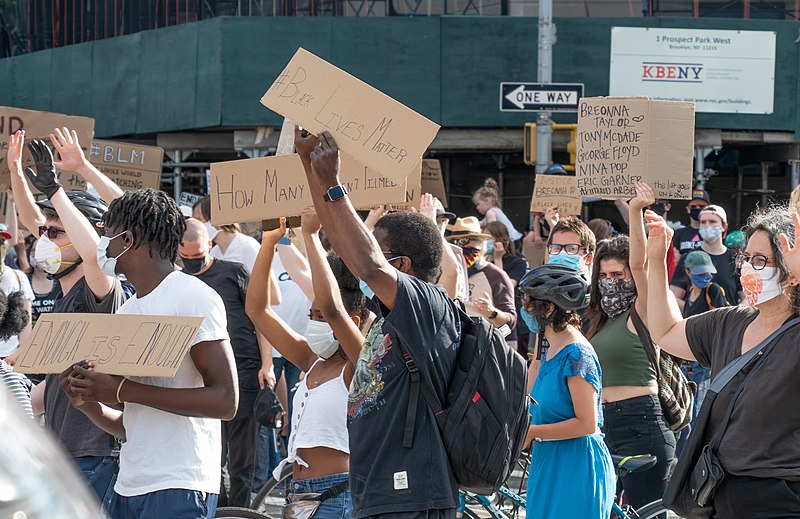 "No Justice, No Peace"

Week 11 of remote learning started off as protests continued to explode around the country, including in New York City. Fueled by an outrage over the brutal police killing of George Floyd, as well as a renewed call for police reform, people took to the streets in record numbers.

Meanwhile, every time I turned on the news, it felt like the newscasters, journalists and pundits had taken a page out of one of my U.S. History lesson plans. There was suddenly an unavoidable national conversation about America’s ongoing problem with racism, especially as it plays out in our criminal justice system.

The same footage of The Birmingham Campaign that we screened in class a few weeks ago (from the PBS “Eyes on the Prize” documentary), was constantly on the 24-hour cable news networks. Journalists were using moments in the 1960s civil rights movement as a way to put the current escalation of protests and “social unrest” in historical context. 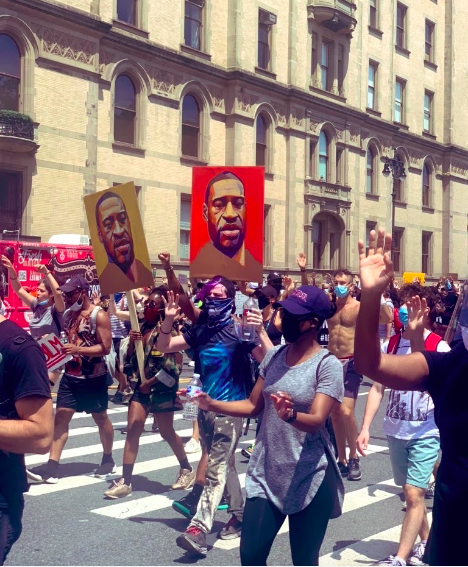 As I prepared my lessons for the week, the sound of ambulance sirens careening down the streets during the height of the COVID-19 outbreak was now replaced by the roar of protestors chanting “Black lives matter” and “No justice, no peace.” I yearned to be in a physical classroom to help my students process and discuss what was going on in the news and on the streets. Instead, like everything else over these past few months, the discussion had to happen on Google Meet, Google Classroom and Google Forms.

I threw out my plan for the week, aside from an already scheduled special guest. With all the chaos and pain happening around us, I was thankful that my friend and recording artist Candice Hoyes was still game to talk to students about how to present and create their final projects.

I assigned my students a final project that is due on Monday. They are picking a current topic that is meaningful to them and contextualizing it in American history. Hoyes generously provided my class a glimpse into her own creative process. She then inspired them with different ways to select their topics and present their stories. 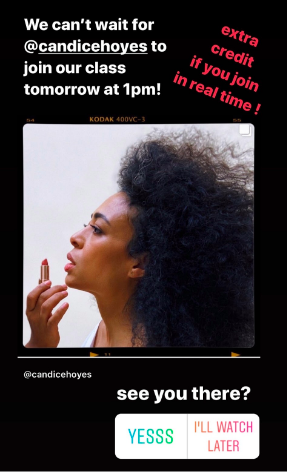 In a little over an hour-long class, she spoke to them about the genesis of her forthcoming project, “Zora’s Moon.” It is inspired by the writing and spoken words (that she found researching the archives at the Library of Congress) of Zora Neale Hurston. Hoyes shared that she first fell in love with Hurston’s writing when she was in her AP Literature class in high school. At a time when students were dealing with anger, fear and a sense of powerlessness, Hoyes spoke to them in a way that was both educational and comforting. You can watch her class with the students here.

After this powerful session, it felt like history teacher malpractice if I did not adapt my plans for the week to address a watershed moment happening in real time.

Therefore, I decided to screen the Ava DuVernay documentary “13th” for the rest of the week. The main point of the film is that mass incarceration is an extension of slavery. In other words, mass incarceration of primarily black and brown Americans is the new Jim Crow in America.

Throughout the week, I made sure to keep the assignments related to the film open-ended. My main goal was to have students use the film as a way to both process and contextualize the current inflection point occurring in America surrounding criminal justice reform. 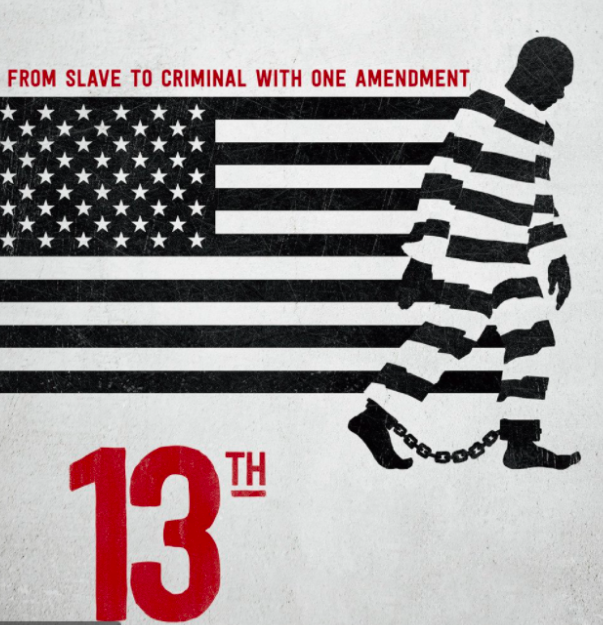 Based on student responses, the most effective question I asked was a really simple one:

Write down a question you have after watching this documentary.

I was amazed by their questions. Here’s a sample of some of them:

Every question that students posed was profound and powerful.

I really did not know how to conclude the week.

But after watching the eulogy that Reverend Al Sharpton delivered at George Floyd’s memorial service, I realized that it was the only way to appropriately conclude the week. Sharpton leavened the eulogy with a hopeful message that this feels like “a different time and different season.”

As U.S. history educators, we always walk a fine line between sharing painful yet realistic truths about the American story, while also trying to empower students with ways we can get closer to our nation’s foundational ideals. We will never have all the answers, but we can at least provide a space for students to reflect, process and strategize for a better future.