Social Emotional Learning and Building Your Own Manual

The Learning First Alliance has some advice on how to tackle unique challenges where a social emotional learning approach can change a student's life.

Ever notice that the kids don’t come with instructions? We say that as parents, but I also was told that joke as I became a counselor for students with social and emotional challenges. I once was asked to work with four middle school boys who were not interacting well with others in their special education classroom—but rather than simply treat their disorder, I needed to form a relationship with them. At that time, this was a really innovative idea.

What I found was that I needed specific training and support, but there was no handbook of instructions. So to help build my own instruction manual, I reached out to the school counselors and several teachers for advice. While they didn’t know the answers either, they had several ideas that I cobbled together and tried.

First, I was instructed to listen to the students. Rather than sitting in a room together, I decided to walk around the building with them, which was OK as long as we didn’t disturb anyone else. The boys thought this was pretty neat, although I told them we were on a short leash and that I could get in trouble. Interestingly, they didn’t want me in trouble! For them, just the fact of my spending time with them was unique.

Second, I was to set boundaries. I made it clear if they did anything wrong, I would turn them in. I was first and foremost their teacher and part of the school.

Third, we needed goals. While walking endlessly around the school might sound like fun, it gets old pretty quickly, even for seventh-graders. So, we needed to figure out how we would make decisions as to where to go and how to get there. They decided that we would go in order, with one person being the leader each session. If we needed to interact with another member of the staff, then the boys saw that I would always stop beforehand and I would always straighten my necktie. After two weeks one asked, “Why do you do that?” I responded, “I have noticed that when I want something, that if I am polite and look professional, stuff tends to work out.” A few days later, they were tucking in their shirts. I never suggested it.

I did learn a bit about fear, and even in a building where the entire staff was clued in to our strategies, mistakes happened. One cool, sunny day we were walking outside in the middle of a field. One of the boys, who had language dominance, anger issues and developmental challenges, picked up a rock and tossed it in the one direction that would not hit or disturb anyone. As we walked back into the school, one of the administrators came and started yelling at us (I was actually smaller than the guy who threw the rock and hidden by the others). My heart started racing, and I was afraid—as were the boys. When the administrator saw me, he stopped and told the boys, “Oh, you’re with a teacher.” I was shaken, but these boys weren’t. I used the opportunity to talk with them about how we felt, how to react, and how to not make their own problems worse. 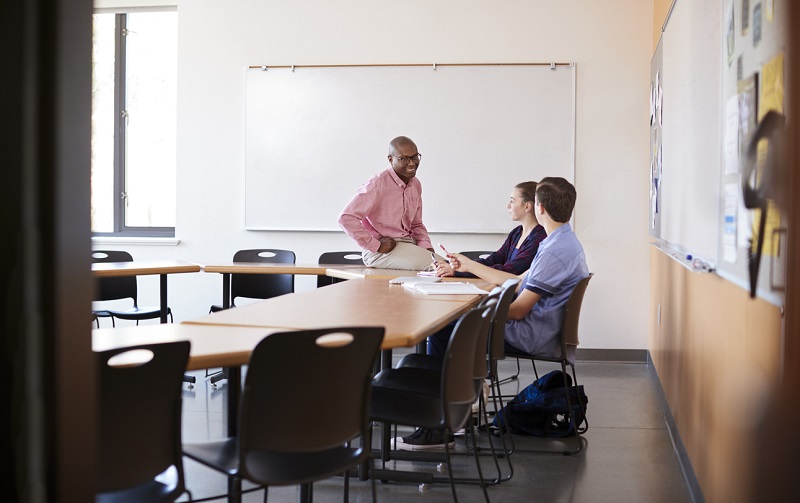 Toward the end of the school year, as we sat outside one day, other boys came over and said, “We heard we can talk to you.” One brought up that he was going to be in a fight that Saturday night. I asked him if he wanted to do that.  He said no, and we talked a bit about how he was being goaded on by others. We talked about how he could avoid the whole thing. He was relieved to have some new tools to help him.

We know social emotional learning is important, but how can it be implemented in an already full day when teachers are pressured to increase test scores? As teachers and other members of school staffs continue to explore how to improve social emotional learning of students, we know that it will be done with very little support. There aren’t enough counselors, school social workers, or school psychologists to meet the growing needs and challenges of students with mental health issues. And, there is a wide and sometimes conflicting range of ideas on how to help the kids who most need our help.

You may have to build your own “manual” for each class or group of students. But it can be done. For me, as a young counselor, the critical piece was collaborating with teachers who had ideas. I listened, took their suggested strategies and tweaked them as I got to know this group of at-risk students and their challenges. What I learned was that for many at-risk students, the ability to just spend time with an adult who doesn’t judge them is invaluable and can lead to better learning and better outcomes. If nothing else, giving the students new ideas on how to handle emotional challenges with specific behaviors can be very helpful. Many of these kids literally have no idea that they have options and how to exercise them. At the end of the day, you may be the only adult who can make an impact on students deemed at risk.

We do know that the answer will include listening, sharing alternatives with kids who are desperate for alternatives, and teaching by example. 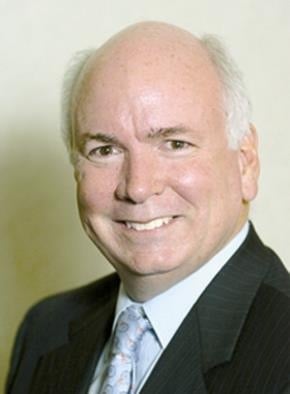 The Learning First Alliance is a partnership of leading education organizations that together represent more than 10 million educators, parents and local policymakers dedicated to improving student learning in America's public schools.