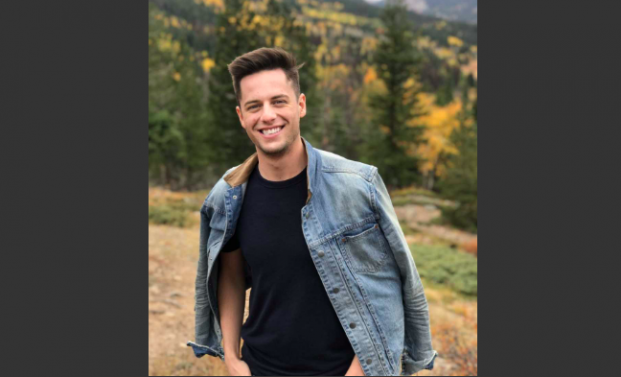 Editor’s note: Recently, Karen Pence, wife of Vice President Mike Pence, came under scrutiny for returning to teach at Immanuel Christian School in Northern Virginia, a school that does not hire gay, lesbian and trans teachers or admit LGBTQ students, or those who support them. Following the announcement, Vice President Pence told a religious media outlet that the criticism of Christian education in America is offensive and needs to stop.

However, Amit Paley, CEO and executive director of the Trevor Project, the world’s largest suicide prevention and crisis organization for LGBTQ young people, disagrees. “We hope Immanuel Christian School will adopt policies of inclusion for LGBTQ young people that make them feel safe, accepted, and loved,” citing government statistics that say lesbian, gay, and bisexual youth from families who have rejected them are more than eight times more likely to attempt suicide than their heterosexual peers.

Luke Hartman is an alumnus of Immanuel Christian and wrote this Student Voice piece for PBS NewsHour Extra in order to let all young people, including LGBTQ youth, know that they are loved and supported.

I always sensed that I was different. Perhaps because I insisted on wearing the princess dress in pre-school, or because I preferred to hang out with girls, it was apparent that I was different from other boys my age. However, for someone growing up in a reality bubble, I wasn’t equipped with the language to understand or express this difference. I didn’t know why I was teased, or why people called me “gay” or “fag,” but I definitely knew I didn’t want to be either of those things.

I grew up in a Northern Virginia, just outside of Washington D.C., and regularly attended Immanuel Bible Church. My family was entrenched in the church, so attending the adjoining Immanuel Christian School was a no-brainer. When I was in second grade, my father became the church’s pastor, and the amount of time I spent in the two buildings skyrocketed.

I believe the most hurtful messages are the ones that are expressed silently. It was an unspoken truth that being gay, or deviating from a narrow definition of sexual orientation or gender identity, was a no-fly zone. This was most evident in our middle school “health” curriculum, which centered around sexual purity and traditional, heterocentric gender roles.

Only after I left Immanuel Christian and attended a public high school was I exposed to a different cultures, backgrounds, languages, religions and lifestyles. It was a pivotal time in my life to start exploring who I truly was. I often think about the effects of growing up with such limited perspectives. I now understand that I wasn’t able to develop psychologically until much later in life. Experiences like mine may affect the ability of LGBTQ youth to adapt and live their lives to the fullest.

"When you’re young and consistently told that who you are is incorrect and needs to be eradicated, you listen and start to eradicate yourself."

I began the ongoing coming out process in high school, and with a very involved pastor for a father, it certainly made things challenging for me to be myself. It was a long, emotional road, and one that in many ways was extremely painful, but I survived. I was lucky, but not everyone is. That’s why it’s so important for us to share these stories of hope and for young people to know they can reach out to organizations like The Trevor Project for help.

I remember speaking with my cousin Lauren, who asked about my family and my coming out story. By then I had learned more about myself and the LGBTQ community, so I was comfortable sharing my experience. She sat there, stunned, with tears streaming down her face. Her side of the family had no idea about the challenges I faced. That was the first time I shared my experiences with a family member and showed honesty toward myself and was genuinely only met with love. It was a sense of peace that I had never experienced before.

It took time before I realized that I was loved and not alone. When you’re young and consistently told that who you are is incorrect and needs to be eradicated, you listen and start to eradicate yourself. You grow tired of hating yourself and wondering what people think of you that you teach yourself to shrink. You enter a place of such sorrow and despair that it’s impossible to see any sort of light. You undo the parts of yourself that you think will make it better, and then you undo too much and don’t know how to stop. By the time you’re done, you’ve dismantled yourself so much that your sense of self seems beyond repair.

"Hope does exist, and I still find solace in the fact that God loves me and created me just the way I am."

For people who have gone through this type of pain, it isn’t new but something we must deal with. Homophobia, racism, sexism, fear, intolerance, hatred — all of these things only seek to destroy — and have a tricky way of making their victims destroy themselves.

I was angry at my family, school environment and past for holding me back and causing me pain for years. I experienced brokenness during a time when one is emotionally vulnerable and just trying to figure it out. But hope does exist, and I still find solace in the fact that God loves me and created me just the way I am.

For me this journey will probably never end. It is something that I have to deal with on a daily basis, consistently and vigilantly. Everyone has their own journey to resurrection, but I think it boils down to being in such a place of vulnerability that you have no choice but to be honest about who you were, who you are and who you want to be.

And I have never been more proud to be me – gay little old me – and I know that I am fearfully and wonderfully made. If I could talk to my 16-year-old self, I’d say the road ahead is going to be hard, unfair and more than you should ever have to experience – but the reward on the other side is worth it. The darkness you face is not the answer, because once the light ignites, good luck stopping it from shining. God’s love extends beyond what we can truly comprehend – one might even call it a rainbow. 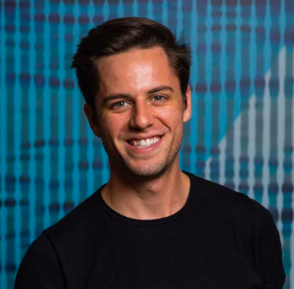 If you or someone you know is feeling hopeless or suicidal, contact The Trevor Project’s TrevorLifeline 24/7/365 at 1-866-488-7386. Counseling is also available via chat at TheTrevorProject.org/Help, or by texting 678-678.