What I want to see in this conversation relative to American race relations is white allies talking to white people about solutions and strategies.

This Teaching Tolerance article, "For White Allies in Search of a Solution to American Racism" was written by Dr. Neal A. Lester and was originally published on August 29, 2017.

I am a professor of color, and my scholarly expertise on American race relations has once again put me on speed dial to address the racial crisis of the moment. Whether it’s about Charlottesville, swastikas, the KKK, the n-word, racist jokes, cultural appropriation or police brutality, I show up locally and nationally much like first responders when there has been “an incident.” I am exhausted by the repetition of having to speak to this same thing—American racism, both overt and covert—over and over again.

As anti-racism allies Emma Gray and Jessica Samakow point out, “racism is everywhere.” American racism, white privilege and white supremacy are challenges that people of color neither created nor should be expected to resolve, no matter our areas of expertise or lived experiences. What I want to see in this conversation about Charlottesville—and its aftermath—relative to American race relations is white allies talking to white people about solutions and strategies.

The white nationalists who marched and chanted across the University of Virginia campus have friends, families, employers, neighbors, students, employees, colleagues and partners who know them and their positions, perhaps even their menacing intentions. White allies, if you are having conversations with these marchers, reveal them more visibly alongside these “teachable moments” in which people of color are continually doing the teaching.

To be clear, I am not asking anyone to speak for me or on my behalf, but rather that allies boldly engage in their respective corners. Manifestations of white privilege and white supremacy are ubiquitous: discriminatory lending, mass incarceration, Eurocentric curricula and Arizona attacks on ethnic studies, school-to-prison pipeline, #OscarsSoWhite, workplace wage gaps, English-only initiatives, Columbus Day, Thanksgiving, bootstrap theory, anti-immigration policies, “microaggressions” and claims of a “post-racial” society after the 2008 U.S. presidential election. If we are seeking “a solution” to American race problems, those directly affected must be front and center. People of color, however, should not be charged with solving these problems.

Moreover, I am not convinced that conscious white people need people of color to tell them that American race relations are bad and have been historically. History speaks for itself. Outside of American slavery, lynching and Jim Crow, for example, are the Atlanta Child Murders (1979-1981), the murder of Emmett Till (1955), the atrocity of the Tuskegee Syphilis Experiment by the U.S. Public Health Service (1937-1972), and the miscarriage of justice for the nine Scottsboro Boys (1937). Racial and social inequity have existed since the inception of this country when European immigrants invaded this already-inhabited land, claiming it as their own, and forcibly bringing others along to create this alleged “land of the free and home of the brave.” 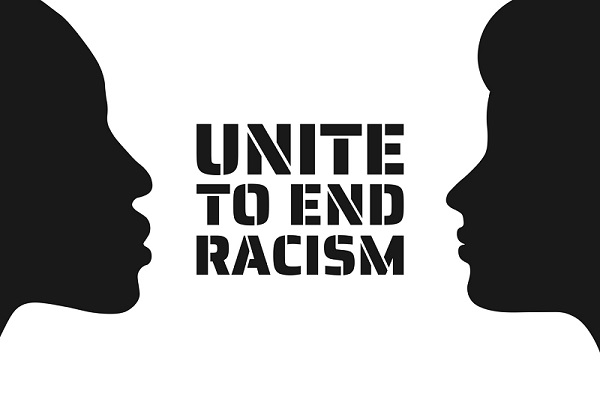 My frustration and disappointment with many conversations when racism is at the heart of crises like Charlottesville is the expectation that people of color will tell white allies what to do, as Lady Gaga did in her recent well-meaning tweet. People say, “Tell me what to do!” so often after I deliver public lectures on American race relations. Being expected to prescribe a single solution to a complex and complicated problem is unreasonable. I want to know what the asker can do within their personal and professional circles since I can’t possibly already know that. Or let’s have joint discussions rather than the all-too-frequent “person of color as sage on the stage” scenario.

As Gray and Samakow write in “11 Things White People Need to Realize About Race,” “It is not the responsibility of people of color to educate white people about race. People of color don’t need to be taught that racism exists—they live it every day. It shouldn’t (and can’t) be on their shoulders to enlighten the rest of us. We have to do that for ourselves.”

I am not clairvoyant, but I know that we will discuss American race relations again and expect “magic” solutions again. In the meantime, I will meditate on author Audre Lorde’s words regarding this social justice work:

"Black and Third World people are expected to educate white people as to our humanity. Women are expected to educate men. … The oppressors maintain their position and evade their responsibility for their own actions. There is a constant drain of energy which might be better used in redefining ourselves and devising realistic scenarios for altering the present and constructing the future."

For me then, being an ally doesn’t mean saying, “Yes, I support you,” and asking, “What can I do?” Rather, it means rolling up your sleeves and showing me what you can do and are already doing.

Lester is Foundation Professor of English and the founding director of Project Humanities at Arizona State University.