Ask students: Who is interviewed in this piece? Where and When did a surge of unaccompanied minors trying to enter the U.S. begin?

Analyzing the Migrant Children Crisis at the Border

Read the summary, watch the video and answer the discussion questions. For a transcript of the video, click here.

The situation at the U.S.-Mexico border is increasingly challenging the Biden administration, with the number of detained migrant children tripling in recent weeks, according to the New York Times. Almost half are being held longer than permitted by law.

Media Literacy: Who is interviewed in this piece, what organization does she represent and why do you think she was chosen to speak about the current crisis? 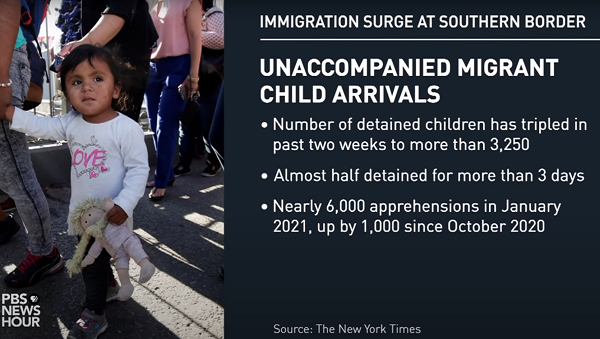