Climate Crisis: Greta Thunberg on The Urgency to Act 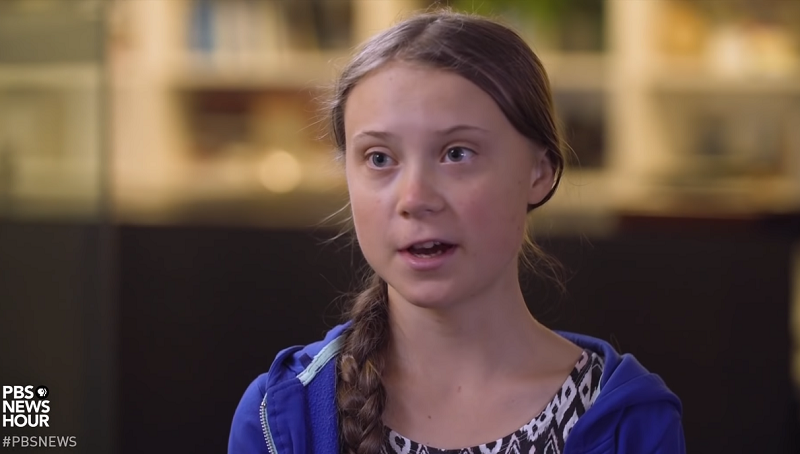 Climate Crisis and The Power of A Movement

Although more and more Americans are taking the threat of climate change seriously, less than 40 percent expect to make “major sacrifices” to tackle the problem.  According to Greta Thunberg, a Swedish teenager and climate activist, drastic action is exactly what needs to happen to address the problem. In this NewsHour interview, Thunberg discusses the importance of galvanizing young people across the globe to the climate cause. Read the summary, watch the video below and answer the discussion questions (follow along with the transcript here). If time allows, watch “Youth marches for climate action draw millions around the world” to learn more about the global climate strikes on Sept. 20th here.

Thunberg testified in front of Congress last week and spoke in Washington D.C. on Friday as protestors in cities across the globe took to the streets to demand action on climate change. The demonstrations, easily the largest to focus on climate, represent a movement driven largely by young people — many of whom left school to join the walkout. Several participants talked to the PBS NewsHour about their mission to reduce fossil fuel emissions and how they plan to execute it, including meeting with elected representatives and supporting the Green New Deal, closing coal-fired power plants and converting as well as filing lawsuits alleging that the U.S. government has failed to adequately address climate change.

2) What is a climate strike? How is it different from a climate protest? Do you think young people should miss school for an important cause?

3) What part of Greta Thunberg’s interview struck you the most? Explain why.

4) Activist Katie Elder says young people should not have to spend their time planning protests or lobbying their representatives. Why do you think more adults and political leaders are not doing more to fight climate change?

5) What do you know about the sit-ins of the 1960s during the Civil Rights Movement? What are similarities and differences between the climate strikes and the sit-ins?

6) How important is taking action against climate change to you?

7) Media literacy: Watch the segment produced by NewsHour’s Student Reporting Labs. Is there a different type of impact made when you hear directly from young people on the issue of climate change?

This story was originally posted by PBS NewsHour Extra and can be viewed here.

Interested in more free resources and lesson plans on climate change? Discover our curated collection and see how you can make an impact in the classroom.

Alliance for Climate Education (ACE) exists to confront climate change as the most urgent crisis of our time, threatening the health of communities across the globe. ACE’...

Kelly Booz, Director of Share My Lesson, has some advice on how to engage students in activism through civic education and engagement.