How to Engage Students in Civil Discourse Following the Insurrection at the U.S. Capitol 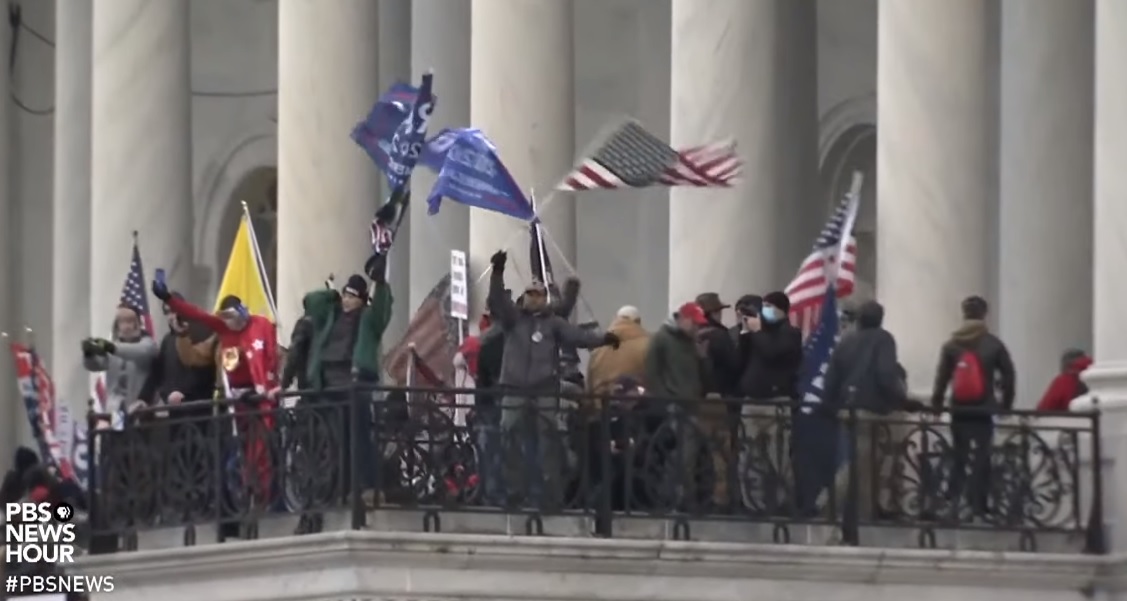 Students, Civil Discourse and the Insurrection at the U.S. Capitol

In this resource, teacher David Cutler of Brimmer and May School in Mass. shares three civic actions educators can take with their students in light of Wednesday’s events at the U.S. Capitol building.

Read the NewsHour summary (watch this 8-minute video which recaps the events) and discuss the meaning of civic engagement and the importance of civil discourse with your students.

Insurrection at the U.S. Capitol: A Brief Summary

A mob of violent pro-Trump protesters who oppose President-elect Joe Biden’s victory in the 2020 election overwhelmed security at the U.S. Capitol and broke into the building on Wednesday, halting proceedings where Congress was poised to count the votes cast by the Electoral College.

"Why is it important to encourage students to think about how to engage in civil political discourse?" — David Cutler

Some Republicans in both chambers declared that they would object to the counting of some states where President Donald Trump lost his closest races to Biden. But before insurrectionists entered the building, Senate Majority Leader Mitch McConnell delivered a forceful rebuke to the idea that Congress could or should attempt to overthrow the election.

Earlier, Trump spoke at a rally where he urged supporters to march to the Capitol to demand that the results be overthrown. After rioters forcefully entered the building, he tweeted a recorded message telling people to “go home now,” while repeating false claims about the election.

Read about David's recommendations to engage your students in civil discourse following the insurreciton at the U.S. capitol below.

Weeks before Wednesday’s lawless spectacle at the Capitol, I assigned my juniors and seniors in government to share ideas on how to bring polarized sides to the discussion table. Students wrote papers, created podcasts, slideshows and cartoons. My student Alex Boch interviewed Mass. Republican Gov. Charlie Baker in the podcast below, a popular governor in a heavily Democratic state:

Another student Karly Hamilton who serves as editor-in-chief of our school newspaper wrote a powerful opinion article about how to embrace civility.

“Instead of butting heads to prove which perspective is supposedly ‘right,’ we need to learn how to appropriately engage with others. In an academic environment, much of that involves responding to alternative viewpoints with respectful inquiries instead of forceful statements,” Hamilton wrote.

"More than anything, just let students know that you are there for them and that you care. That way, you can’t go wrong."

The Gator also wrote an editorial, expressing similar sentiments. “In a particularly draining year, it is imperative that we, the Brimmer community, keep our wits about us as we await the announcement of our next President,” the editors write. “If we lead by example and treat others with respect and kindness—as our Core Values suggest—we will be able to engage in civil and informative discourse.”

Karly and I ended up writing an opinion piece together, “Teaching government amid false claims of voter fraud, for NewsHour EXTRA’s Educator Voice column, which I highly recommend.

Bring in Academics and Authors to Discuss History and Politics

After the pandemic hit last spring, I didn’t shy from contacting historians and authors more knowledgeable than myself to address students. My history students also had the chance to discuss the past with Pulitzer Prize-wining author Eric Foner and Senior National Security Archive Analyst Peter Kornbluh:

Later this week, I plan to reach out to both authors one more time, to help provide my students with context for what’s happening in their world today.

You would be surprised how willing academics are to speak with young people, and how easy they are to contact. Along these lines, try Googling where academics work or teach to find an email address. I have also found success reaching out on social media, especially Twitter.

More than anything, just let students know that you are there for them and that you care. That way, you can’t go wrong.

Ask students: Why are the events at the U.S. Capitol being referred to as an insurrection rather than a protest? How would you describe the event?