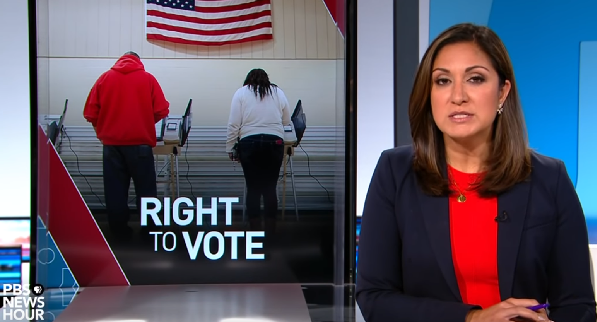 Summary: Did you know that most adults in your life were not required to show any form of ID in order to cast their vote? The passage of photo voter ID laws is new in American history and has raised concerns of voter disenfranchisement, similar to the poll tax or literacy tests that were required of African Americans after the Civil War. In recent years states around the country have passed new laws increasing the requirements to vote in elections. Proponents of these changes, such as requiring voters to show photo ID at the polls, say they are necessary to ensure the integrity and fairness of elections.

While more states are passing strict photo ID laws, research shows that voter fraud in the U.S. is rare, according to Dr. Carol Anderson of Emory University. Political scientists like Anderson say these laws are intended to suppress minority voters by making it harder for them to vote in elections. A disproportionate amount of African Americans have been affected by these laws and prominent investigations in Texas and Kansas turned up few instances of proven voter fraud.

2. What are some examples of voter suppression laws?

3. How significant an issue is voter fraud?

4. For most of the adults in your life, a person was not required to show an ID to vote and voter fraud, like today, was not an issue. Why did laws start to change in the 2000s? How did the Shelby County v. Holder Supreme Court case affect voter ID laws?

5. Do you think ID should be required at the polls? Why or why not?

6. Media literacy: Research three different news outlets’ coverage of voter ID laws. Who did they interview? What did you learn? Were there any differences in how the issue was covered?

2. On Nov. 6, more than six million Americans will be unable to vote because of a felony conviction on their records. More than a quarter of them live in Florida where about 10 percent of the state’s voting-age population—has been convicted of a felony. But all that may change this November when Floridians vote on Amendment 4.