What is Impeachment? How to Lead a Student Discussion 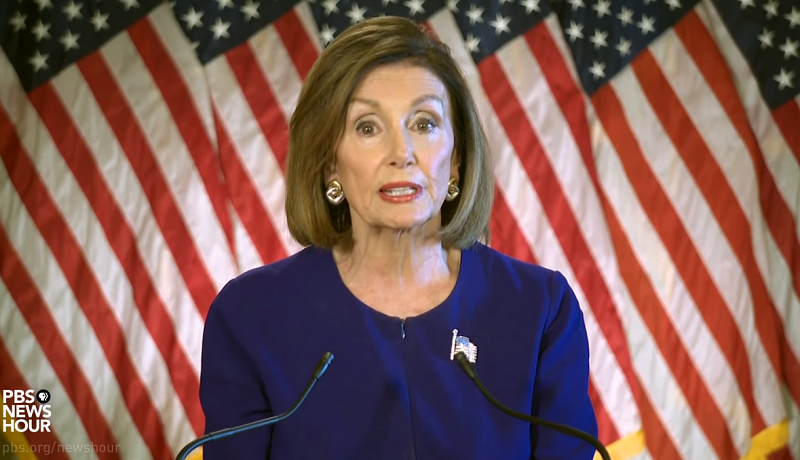 What Is Impeachment and Why Is It Happening?

House Speaker Nancy Pelosi formally announced the beginning of an Trump impeachment inquiry Tuesday after a whistleblower alleged that the president tried to force a foreign leader to aid his reelection. At the United Nations, President Donald Trump faced questions about his own actions, and he seemed to confirm and defend the fact that he withheld hundreds of millions of dollars from Ukraine. Watch the video below and answer the discussion questions. You can turn on the “CC” (closed-captions) function and read along with the transcript here.

What Is Impeachment? Understanding A Process Through Breaking News

On Wednesday, a five-page memo was released which described Trump’s July phone call with Ukraine’s president. The memo revealed new details of Trump’s actions regarding Ukraine. The text shows that immediately after Volodymr Zelensky brought up military aid, Trump asked him for “a favor.”

What Is Impeachment? Discussion Questions for the Classroom

1) Essential question: Why is impeachment a part of the political process in America?

2) What do you know about the previous cases of impeachment in U.S. history? Why has impeachment rarely been used? (check out the AP and Vox links below)

3) Why did Nancy Pelosi announce an official impeachment inquiry?

4) What was President Trump’s reaction to news of the impeachment inquiry?

5) What was the allegation made by the whistleblower regarding Ukrainian aid?

6) Why did Acting Director of National Intelligence Joseph Maguire testify in front of the House Intelligence Committee on Thurs., Sept 26th, regarding an intelligence community whistleblower’s complaint?

7) Watch the video to answer the questions about the memo released on Wednesday: What lawmakers learned from Trump’s Ukraine call memo

8) Do you think an impeachment inquiry is warranted? Why or why not?

9) Media literacy: Congressional reaction to the impeachment hearing has largely fallen along partisan lines. What can you do to make sure you understand various opinions? 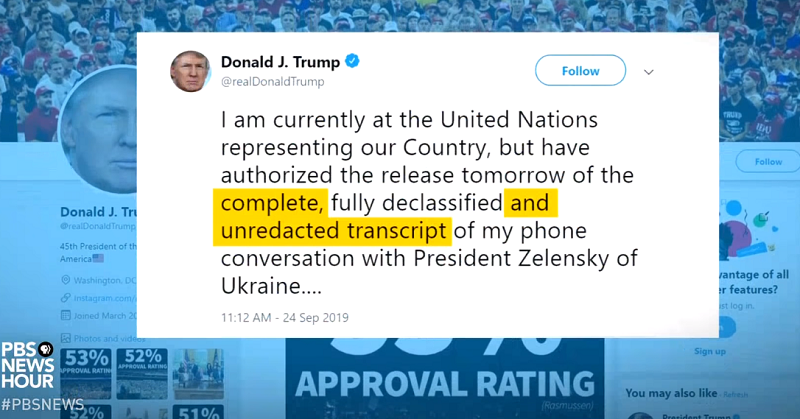 What is impeachment? Extend your lesson by exploring the extra resources below:

This article was originally published on PBS NewsHour Extra and can be viewed here.

Use this audio lesson from 60-Second Civics to teach students about the impeachment powers of Congress (How Congress functions: Part 30).

Essential question: Will Robert Mueller’s testimony affect public opinion on whether or not further action is taken by Congress regarding the Trump campaign’s actions during the 2016 election?

Directions: Read the summary, watch the video and answer the discussion questions.You may want to read along using the transcript ...

Essential question:  What measures will voters use to weigh President Trump’s first year in office?

Essential question: In a democracy, why is it important for the public to have trust in their elected or appointed officials?