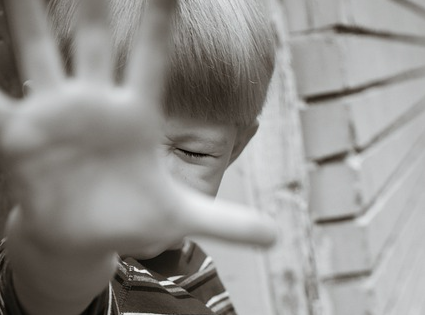 Join the American Federation of Teachers, Guns Down, The Campaign to Keep Guns off Campus, Center for American Progress, Community Justice Reform Coalition and Giffords Law Center to Prevent Gun Violence as we discuss school gun violence and the impact on our students and schools.

In the aftermath of recent cowardly school shooting at Marjory Stoneman Douglas High School in Broward County, Florida, that killed 17 people and injured 14 others, Share My Lesson is assembling a group of organizations dedicated to ending school gun violence. Collectively we are saying we’ve had #Enough.

We will focus on what you can do in your community to say #Enough, from joining upcoming community events to advocating for legislation to the emotional support we need to offer our students as school gun violence has become a norm with over 290 school shootings in American since 2013 (source: Everytown for Gun Safety). This webinar will be reflective and actionable for everyone to join together and say enough.

Chelsea Parsons is the vice president of Gun Violence Prevention at American Progress. Her work focuses on advocating for progressive laws and policies relating to gun violence prevention and the criminal justice system at the federal, state, and local levels. In this role, she has helped develop measures to strengthen gun laws and reduce gun violence that have been included in federal and state legislation and as part of the president’s January 2016 executive action announcement on gun violence prevention.

Prior to joining American Progress, she was general counsel to the New York City criminal justice coordinator, a role in which she helped develop and implement criminal justice initiatives and legislation in areas including human trafficking, sexual assault, family violence, firearms, identity theft, indigent defense, and justice system improvements. She previously served as an assistant New York state attorney general and a staff attorney law clerk for the 2nd U.S. Circuit Court of Appeals.

Parsons is recognized as a national expert on gun laws and policy and has appeared on CNN, MSNBC, and NPR. She has been cited in publications including USA Today, The Washington Post, The Wall Street Journal, the Los Angeles Times, and The Economist.

She is a graduate of Sarah Lawrence College and Brooklyn Law School. She currently lives in northern Virginia with her husband and two sons.

Andy Pelosi is the co-founder and executive director of the Campaign to Keep Guns Off Campus, formed after the Northern Illinois University shooting in 2008. With over 22 years of grassroots advocacy experience, including 20 years working as a gun violence prevention advocate, Andy has been called a “committed, effective activist” by New York State Attorney General, Eric Schneiderman. He previously served as the first executive director of New Yorkers Against Gun Violence (NYAGV) and its c3 affiliate, NYAGV Educational Fund. During his six year tenure at NYAGV, Andy developed winning legislative strategies, grew the organization’s budget, launched a high school youth program and led successful campaigns to pass comprehensive gun violence prevention legislation at the local and state levels. Andy earned a B.A. from Manhattanville College (Dept. Honors – Political Science), Purchase, NY and a M.S. in Non-Profit Management from the Milano School of International Affairs, Management and Urban Policy, NY, NY.

Amber Goodwin, Growing up in Midland, Texas, a town with only a small handfulof black families, Amber Goodwin’s parents taught their daughters to think like activists. After working for Gabby Giffords’s gun violence prevention organization, Goodwin realized the gun violence prevention movement didn’t have a single person of color in leadership. She started her own organization to change that. Now, the Community Justice Reform Coalition is launching its first-ever speaker training series and a 50-state response team.

Allison Anderman became the managing attorney at Giffords Law Center in April 2017, after joining the organization as a staff attorney in January 2014. One of her primary focuses is partnering with cities and counties around the country to improve local gun laws.

A leading expert on firearms policy and legislation, Allison frequently speaks at conferences and events around the country and has analyzed and debated gun laws on CNN, HuffPost Live, and other news programs. Allison’s radio appearances include national NPR, KQED in San Francisco, KCRW in Los Angeles, and many other regional stations. She has been quoted extensively in the press, including by the New York Times, the Los Angeles Times, Newsweek, the Guardian, and many others.

Igor Volsky is the Director of Guns Down, an organization advocating for fewer guns. Igor is the host of the ThinkingCAP podcast and the author of a forthcoming book that will serve as an advocate's guide to securing real gun safety reforms. Previously, Igor was the managing editor of ThinkProgress. Igor has appeared on MSNBC, CNN, Fox Business, Fox News, and CNBC television, and he has been a guest on many radio shows. In 2011, Forbes named Igor one of their top “30 under 30” in Law & Policy.