3 Profound Questions to Strengthen Our Democracy 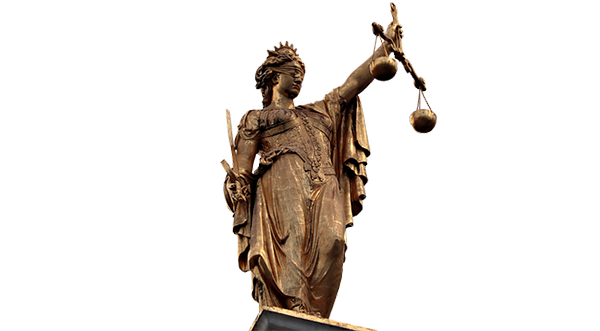 I love the ideals that this nation was founded on and what it aspires to be. We made a social pact to come together and form a government to establish justice and secure the blessings of liberty—where, Thomas Paine’s work continues to remind us—the law is king.

As educators, we are committed to serving our communities through the expansion of knowledge, skills, and character in the lives of our young people. We are at a crossroads in our history and what binds us together is stronger than what divides us.

This morning I’m reminded of the cartoon below. 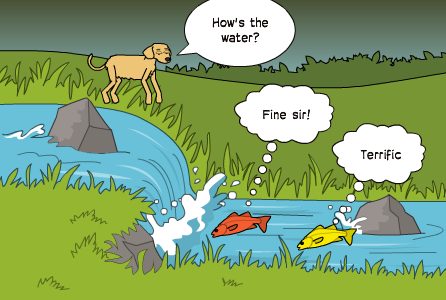 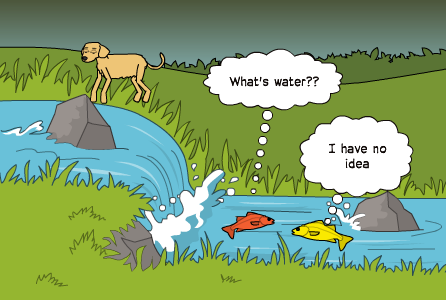 We can easily take the norms and beliefs around us for granted. We are so accustomed to ways of thinking that we hardly recognize what they are.

Is this what it was like during legalized slavery in the United States? It was intertwined into the fabric of everyday life. Historians caution us against “presentism,” the application of today’s standards to judge the people of the past.

At the same time, we know that people were not completely oblivious to this injustice. Thomas Jefferson owned slaves. Yet his original draft of the Declaration of Independence called slavery “a cruel war against human nature.”

There were scores of early abolitionists, including schoolteachers. So why did the incredible horrors of legalized slavery continue well into the birth of a nation founded on the principles of individual liberty and personal freedom?

Most people were simply living life like you and I are, working hard, and trying to enjoy what little free time they had. They had coffee with sugar in the morning, probably not giving much thought to how it got to them. Instead of applying presentism to the past, what if we apply futurism to ourselves?

This brings me to the first reflection question:

1. What are today’s injustices that future generations will readily recognize as completely obvious?

Slaves literally fed and clothed the nation. They worked the land, and nearly everyone benefited from their free labor. What happened after slavery was abolished? Did slave owners suddenly give them a living wage and decent working conditions? Definitely not. For more on this important subject, see the American Slavery Collection.

We can draw a thread from slavery to migrant farm workers and other working-class people in the United States. We can use the upcoming César Chávez Day at the end of March to participate in conversations around the first question.

César Chávez dedicated his life to improving the conditions of farm workers and achieved many victories. But today, scores of people continue working in unsafe conditions and lack basic protections such as collective bargaining, the minimum wage, a day off each week, and overtime pay.

No matter where we stand on the issues of immigration or organized labor, most of us can agree that having a group of people living outside the protections of the law is a threat to our democracy. With an ever widening gap between the uber-wealthy and the poor, and a shrinking middle class, these issues will continue to impact the health of our nation.

Inequality brings me to our next thought-provoking question:

2. How can we best honor the values of hard work, responsibility and free markets while acknowledging continued injustices for certain groups?

I used to be surprised about the opinions of my African-American and Latino students on affirmative action. Most of them hate it. They don’t want to receive an advantage solely based on race. They want to earn their places in colleges and employment.

These are universal truths in humanity. We all want our hard work to pay off. We all want a fair shake. We all want to use our gifts and be rewarded for our hustle.

At the same time, discrimination based on race, gender and other factors—from the criminal justice system to job interviews—continues today.

I encourage fellow citizens who claim they are tired of talking about race to keep in mind:

The lynching of black Americans was common 100 years after the Emancipation Proclamation, as late as the 1960s. My high school in Louisiana stopped having segregated proms in 1999. Concerned parents at a community forum asked, “What if a black boy asks my daughter to dance?” In 1999! Other schools did this just a few years ago. Sadly, the past continues to haunt us—and talking about it seems like the least we can do.

This brings me to our third profound question:

3. How will I be remembered?

Do today’s students know the history of massive protests, verbal and physical abuse, and even the government employing the National Guard to prevent school integration? Who are those women in the background of this picture, and do they agree today with the way they behaved then?

Do today’s students know the lyrics to the song “Strange Fruit,” made famous by Billie Holiday? 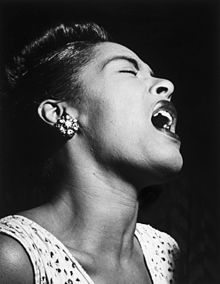 Portrait of Billie Holiday in the jazz magazine Down Beat, circa February 1947

Or about the behavior of the opposing crowd at lunch counter sit-ins? 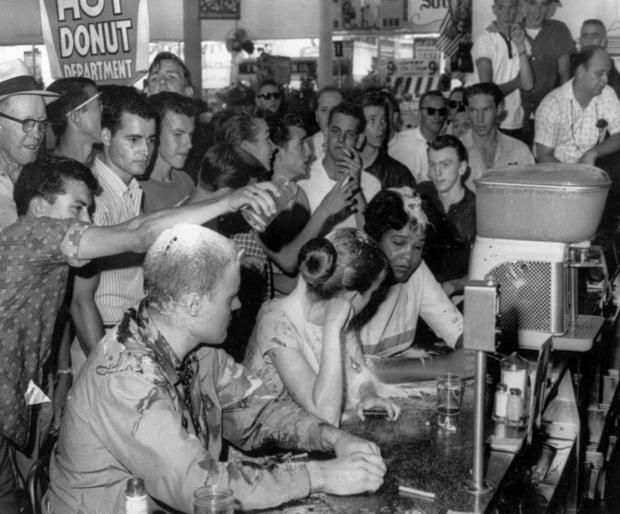 Let us ask ourselves, and our students, as we form the next generation of “We the People” and work toward establishing justice and the blessings of liberty: Where will I be in the pictures and stories written about our time?

Let us continue to craft lessons that help students understand big ideas such as:

Let us celebrate the patriots who have gone before us, making our nation truer to its ideals.

For more resources, be sure to check out all of the lesson collections for social justice at Share My Lesson.