Best 15 Books About Immigration for Students

Diversify your classroom library or summer reading list with books about immigration and share stories of the immigrant experiences with your students.

By The Immigrant Learning Center

Books About Immigration for PreK-12 Classrooms

Diversify your classroom library or summer reading list with books about immigration! We’ve curated this list of books about immigration that are good reads and represent many facets of the immigrant experience, with an emphasis on books by authors who are immigrants themselves. Your immigrant students will appreciate seeing themselves and their cultures reflected in classroom texts, and all students will benefit by gaining insight on a variety of cultures and experiences. We’ve divided our selections by age groups into picture books, elementary and middle grade books, and young adult books.

For even more recommendations, including books about immigration for adults, check out Best 47 Books About Immigrants and Immigration for All Ages. 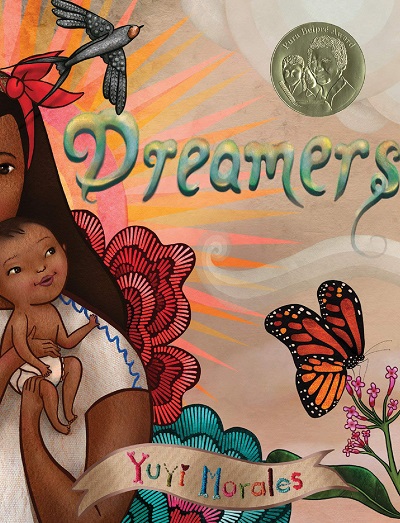 Dreamers; by Yuyi Morales
Prose | Nonfiction | Autobiography
Dreamers is a great story for reluctant readers. The book beautifully depicts how Morales and her son see a world of opportunities appear for them when they find a library near their new home. The story is told from the mother’s perspective but is still accessible to a child. 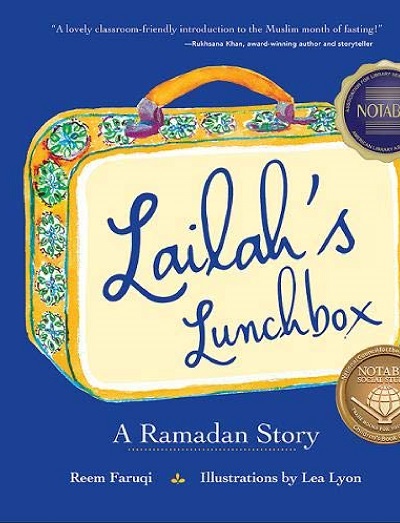 Lailah’s Lunchbox: A Ramadan Story; by Reem Faruqi and Lea Lyon
Prose | Fiction
Faruqi based this book on her own childhood experiences navigating Ramadan as a new immigrant to the United States from India. Lailah is fasting for Ramadan for the first time, but she doesn’t know how to explain it to her friends or avoid food in the cafeteria. She learns that adults can be more helpful, and peers can be more accepting than Lailah expects. 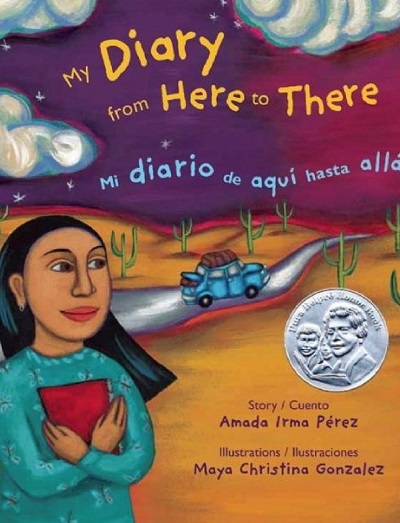 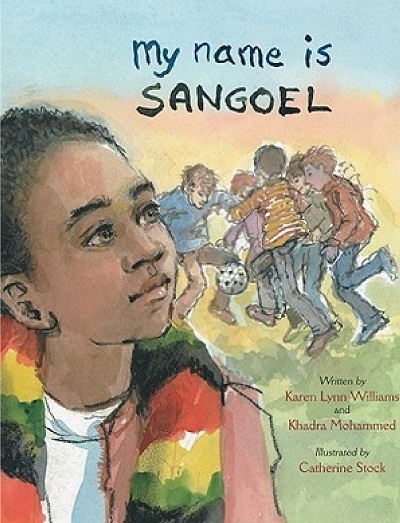 My Name Is Sangoel; by Karen Lynn Williams, Khadra Mohammed and Catherine Stock
Prose | Fiction
My Name Is Sangoel follows a Sudanese war refugee child as he adapts to a new life in the United States. Young Sangoel is proud of his name but struggles to get his classmates to pronounce it correctly. The story can gently introduce children to the concept of refugees while steering clear of any heavy, explicit discussions of violence or conflict. 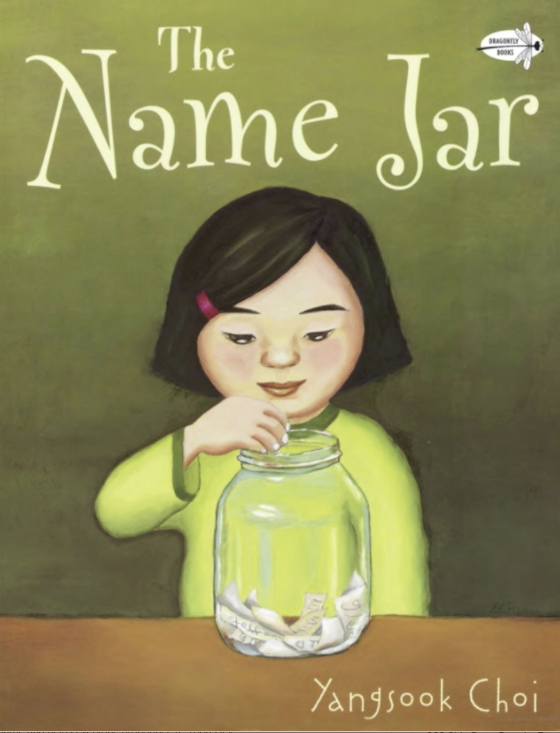 The Name Jar; by Yangsook Choi
Prose | Fiction
In this sweet book by a Korean immigrant, a Korean child wrestles with her “foreign” name in a United States classroom. Her well-meaning classmates encourage her to pick a new name, prompting a journey toward self-acceptance and embracing her culture. 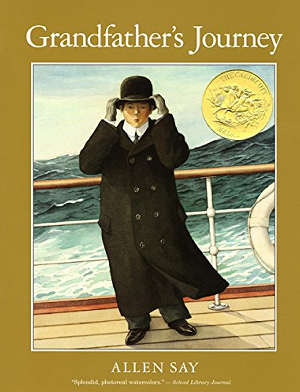 Grandfather’s Journey; by Allen Say
Prose | Fiction
This Caldecott Medal-winning book tells the true story of the author’s grandfather. Grandfather’s Journey bucks convention by giving its main character, a Japanese immigrant, wanderlust and a yearning to return to Japan. This story could introduce children to a more complicated immigrant narrative. 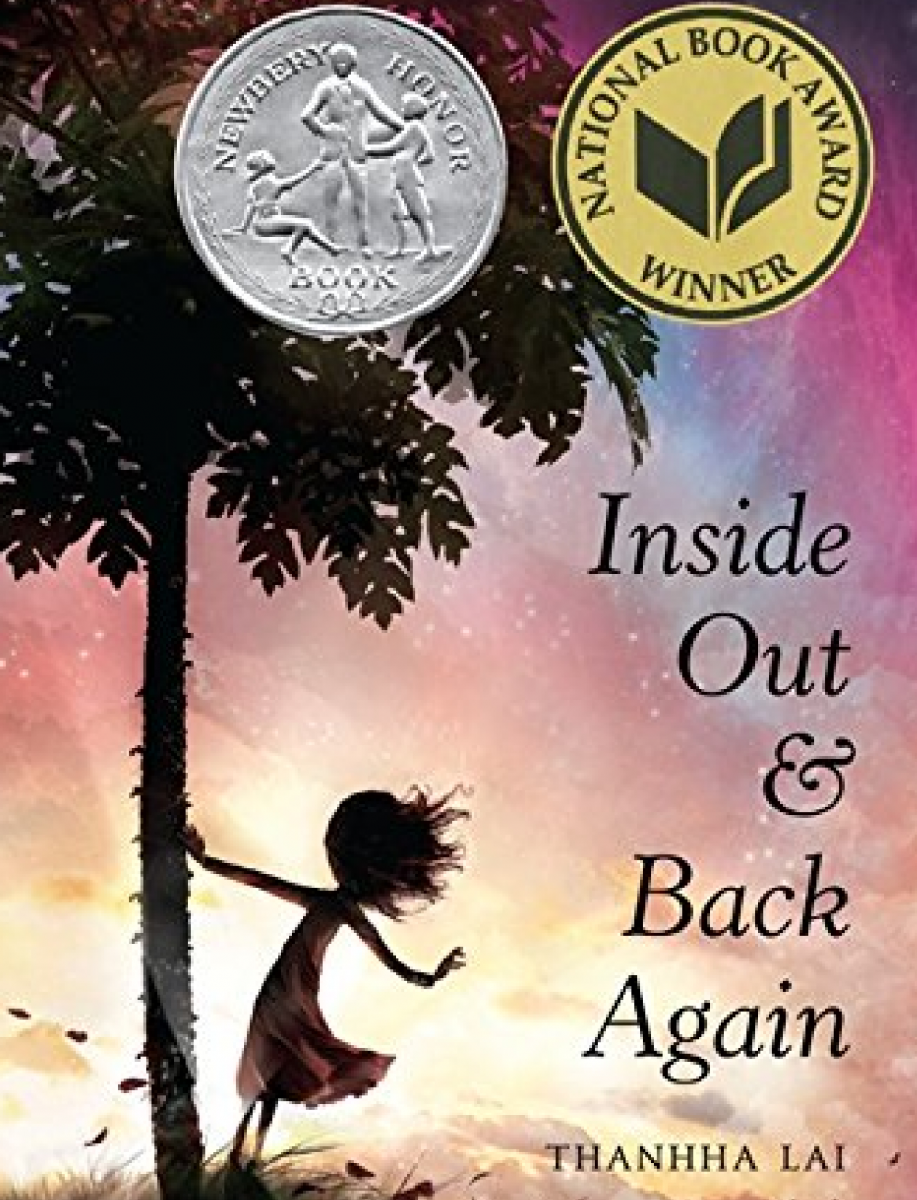 Inside Out & Back Again; by Thanhha Lai
Poetry | Fiction
Lai fictionalizes her own childhood as a Vietnamese immigrant to the southern United States to create this novel in free verse. Her poignant depiction of a Vietnamese girl growing up in the South won her a Newbery Honor and National Book Award. 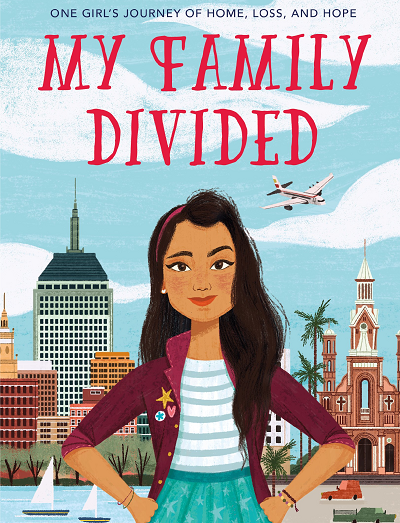 My Family Divided; by Diane Guerrero with Erica Moroz
Prose | Nonfiction | Autobiography
Diane Guerrero, best known for her roles on Orange Is the New Black and Jane the Virgin, turned her successful acting career into a platform to speak about immigration reform. She draws on her own experience as the daughter of two undocumented immigrants who were deported when Guerrero was just 14 years old. My Family Divided is a child-friendly version of her memoir In the Country We Love: My Family Divided. 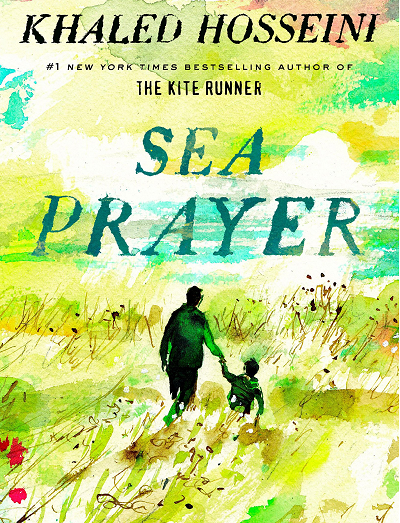 Sea Prayer; by Khaled Hosseini
Prose | Fiction
Hosseini is best known for his books on the Afghani and Afghan American experience for adults, but he was inspired to write an illustrated book that would be accessible to children after the tragic drowning of Syrian refugee Alan Kurdi in 2015. The story is written as a letter from a father to a son, focused on their shared hopes for the future. 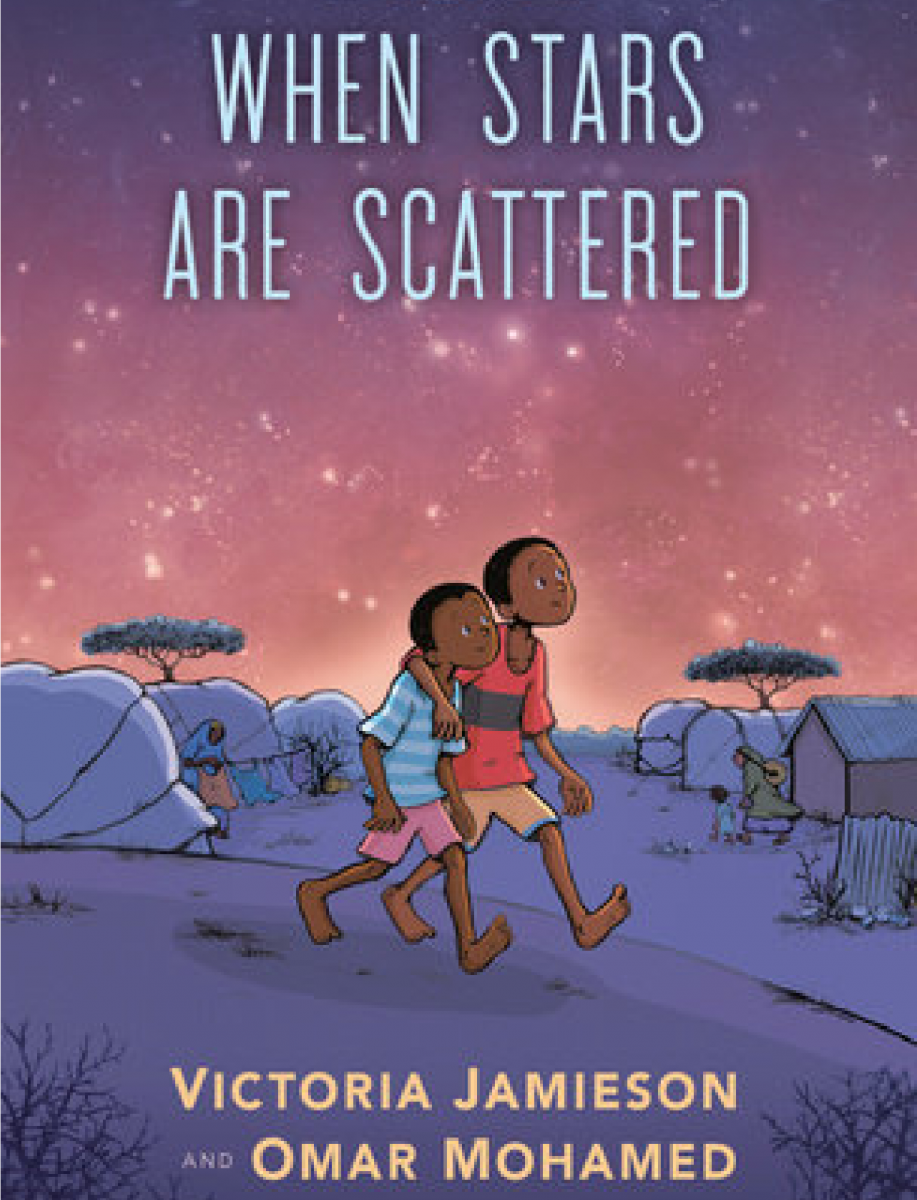 When Stars Are Scattered; by Omar Mohamed and Victoria Jamieson
Prose | Nonfiction | Autobiography
Jamieson tells Mohamed’s story of caring for his little brother in a Somali refugee camp with vivid, colorful illustrations. Telling the story visually could help young people imagine themselves in Mohamed’s shoes. 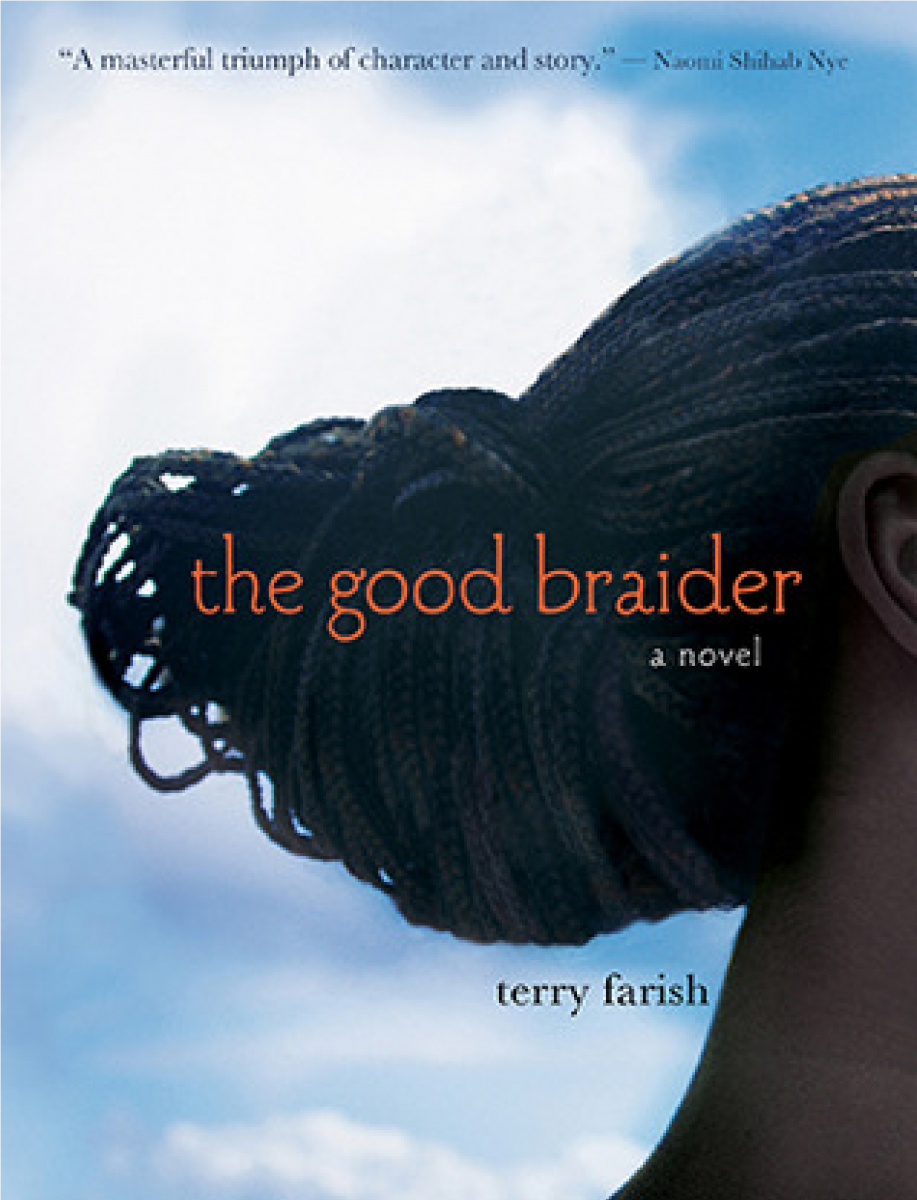 The Good Braider; by Terry Farish
Poetry | Fiction
Farish uses free voice poetry to tell the story of Viola, the teen daughter of a family of Sudanese refugees. Her close-knit community of Sudanese Americans in the United States is both supportive and stifling, a conflict that many young people, both foreign-born and U.S.-born, might relate to. 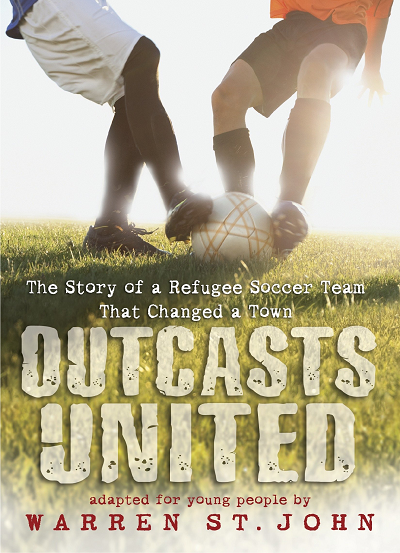 Outcasts United: The Story of a Refugee Soccer Team That Changed a Town; by Warren St. John
Prose | Nonfiction
This is a great option for young adults interested in a nonfiction immigration narrative. Clarkston, Ga., made headlines for resettling many refugees from all over the world, some of whom formed a soccer team called the Fugees. Outcasts United follows them and their coach as they adapt to their new lives. 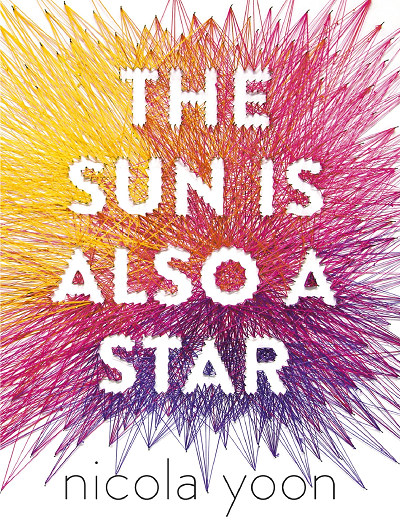 The Sun Is Also a Star; by Nicola Yoon
Prose | Fiction
New York Times-bestselling author Nicola Yoon writes the story of Natasha Kingsley, who meets a boy and starts to fall in love with him a day before she’s scheduled to be deported to Jamaica. The book follows the two teens over a single, meaningful day. To learn more about the movie adaptation, check out our list of films and TV shows about immigration. 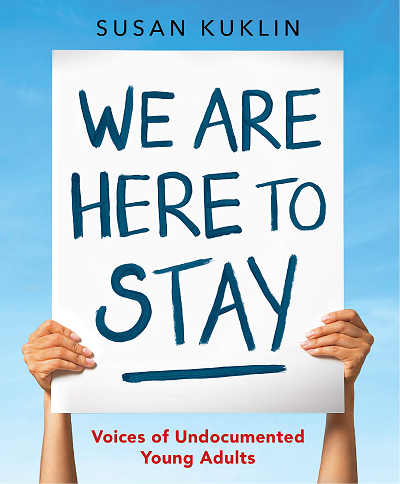 We Are Here to Stay: Voices of Undocumented Young Adults; by Susan Kuklin
Prose | Nonfiction | Autobiography
Anonymous young writers share their stories of being undocumented. The collection features people from a variety of countries, including Korea, Colombia and Ghana. These stories can reflect the experiences of undocumented teens or build empathy in citizen and authorized immigrant teens alike. 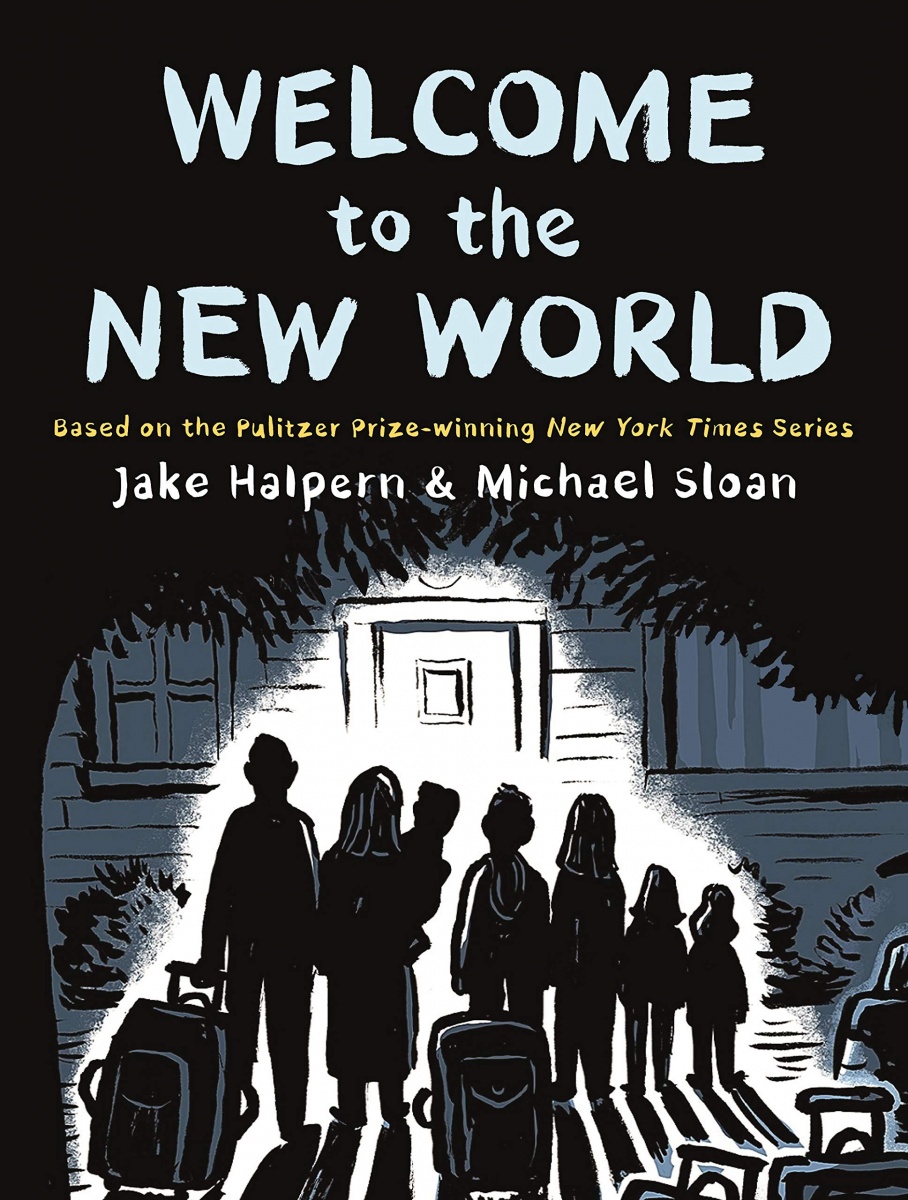 Welcome to the New World; by Jake Halpern and Michael Sloan
Prose | Nonfiction

Jake Halpern met the Aldabaan family after they fled Syria and came to the United States as refugees. He visited and interviewed the family for years, chronicling their refugee story in a New York Times comics series in collaboration with illustrator Michael Sloan, which they later expanded into the book Welcome to the New World. The ILC has created a free curriculum based on the novel for social studies and English teachers of grades 7-11. Explore it here.

The Immigrant Learning Center is a not-for-profit organization that provides free English classes for adults, conducts research with George Mason University on the contributions of immigrants, and informs Americans about those contributions. Learn more on Twitter at @ilctr and at www.ilctr.org.

The Teaching Immigration series equips teachers with tested, contemporary tools and strategies to incorporate immigration across the curriculum, teach English to Speakers of Other Languages (ESOL), create more welcoming classrooms, foster understanding and empathy, and center the immigrant voice in