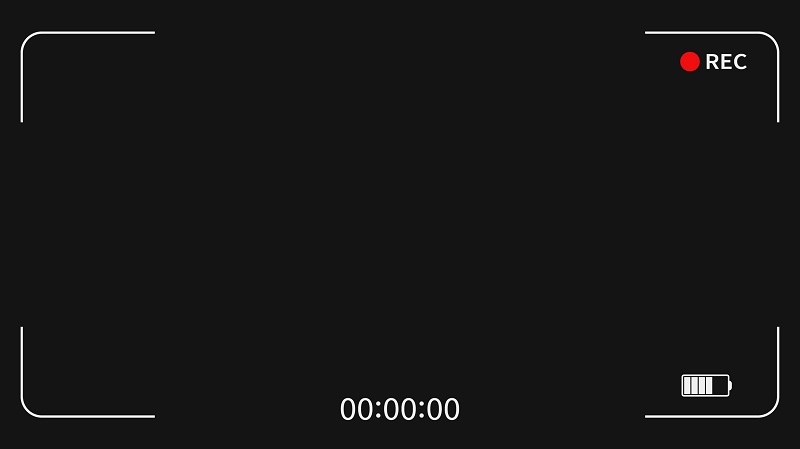 Note: Some of the words that follow may be as uncomfortable to read as they were to write.

Tired at An Early Age

He had fiery red freckles to match his carrot-top stringy mullet, wore Wrangler jeans that were one inch too high above his ankles, cinched too tightly around his waist, and were often stained from either yesterday’s third-base slide or some other terrain-meets-6-year-old activity. I will never forget his name; he’s probably still alive, and if karma is indeed real, he’s the grandfather of several biracial children whom he either denies or adores. It was the third week of school, and by then he had already solidified the archetypal role of class bully. He’d pushed me out of the swing during recess on this particular day and I did what any other first-grader who had been wronged would do: With a bloodied knee, scuffed Mary Janes and dusty socks, I ran to my teacher in tears.

“Ms. C! Ms. C! (and for the sake of the story and polite company, I shall name him Buck)—Buck pushed me! He pushed me out of the swing, and then he called me a dirty little nig--r and told me he was first, and I had to go to the back of the line!”

Ms. C leans over, with her fiery red beehive, smelling of an equally toxic mixture of rose water, Ivory soap, and cornstarch powder, thin, pink lips barely concealing her tobacco-stained teeth, and certainly not her venomous snarl, and she politely states, “But hon, you are a dirty little nig--r, and he will always be first!” The sights and sounds of that exchange remain etched in my memory.

My elementary school was one of the last schools in the buckle of the Bible Belt to become integrated, and while it may seem unconscionable that a first-grade teacher would speak to her student in such a way, it was the South, in 1976. This would be the first of many injustices at the hand of the likes of Ms. C. I would be denied a seat at the venerable “Red Bird” table, the highest-level reading group, despite already bored with Sendak, Lionni, Blume, and could not get a copy of Roll of Thunder, Hear My Cry because there were only the bootleg copies among the remaining all-Black schools; being relegated to the Yellow Birds, the lowest-level reading group, until the reading specialist spoke up after I burst into tears after being handed a sight-word scramble while glimpsing across the room at fair and ginger-haired peers struggle through the glossy picture books I was being denied access to. I would later spend Friday mornings taking spelling tests in the office with the school secretary and math tests with the school nurse in the afternoons because, “The only way she could get those scores was if she was cheating!” By Thanksgiving, both the school secretary and nurse had grown tired, perhaps, dare I believe, convinced that this skinny little brown girl was not a “serial cheater” and was indeed capable of consistently scoring higher if not perfectly than her White peers.

"Oral traditions in most communities consist of passing along stories, family or historical folklore. For the African American, it’s more about survival. In my family, like many others, it’s the unwritten rules to keep you alive, out of harms’ way, off the radar of “mean White-folk,” “bad teachers” or “those who can cause you problems.”

Yes, my mother was involved and complained to the extent that she could to those who would pretend to listen. At best, she was reminded to be grateful that her child was fortunate enough to be “bused” into a better school and to “not cause trouble.” The frequency of headaches, the separation anxiety that had to be tamped down because that was not a “thing” for black children fearful of being isolated or separated from caring, nurturing adults would emerge by fourth grade--children of color and people of color did not acknowledge or address expressions of anxiety. I was too young to understand that the reach and shadow of racism was beginning to exact its toll on my young soul.

By the time I reached middle school, I had firmly established a reputation as an academically astute student with a knack for writing and a mind for science. In the buckle of the Bible Belt, with the ink of the integration orders barely dry, I and others like me, were an unwelcomed anomaly. My mother made the decision to keep me in my neighborhood school for middle school and through the lens of time and knowledge, it was a decision that saved my life. It was there among post civil-rights-era Black teachers, first-generation Black teachers, who were proud of their calling to the profession and had marched, many with Martin Luther King Jr. himself, sat-in, and endured the likes of Gov. George Wallace, Jim Crow, the Southern Manifesto and segregated schools and all of their accoutrements to teach us, to operationalize Dr. King’s then fairly young dream.

Our books were more than a decade old, or there were not enough of them; our lab equipment was broken or we didn’t have enough specimens for experiments. It just never seemed to be enough. While our athletes were far more superior—we dominated in school and recreational leagues; our uniforms and sports equipment were often paid for by church fundraisers, yard sales, cookie and cake sales. Otherwise, we would have come up short. There were occasions when our creative community moms, aunties and others simply made our uniforms—cheerleading, basketball, track, you name it—they could sew them, without a pattern. But the shadow. … The shadows of inequitable distribution, of not the same, different across town, not enough, were ever present, especially in the labs where I wanted to be, where my mind wanted to grow and needed to be nurtured. I became even more weary. I became tired at an early age.

Oral traditions in most communities consist of passing along stories, family or historical folklore. For the African American, it’s more about survival. In my family, like many others, it’s the unwritten rules to keep you alive, out of harms’ way, off the radar of “mean White-folk,” “bad teachers” or “those who can cause you problems.” My Uncle Charles told my then 12- and 14-year-old cousins:

My grandfather told my Uncle Charles when he was 10:

The shadow became flesh in 1981 when Michael Donald was found lynched 15 minutes from where we lived. The stories of racist boogeymen; the abuses our forefathers and mothers had suffered at the hands of the Klan; the machinations of oppression that had led to property loss through practices like redlining and home equity theft of family members; or finally understanding why there were clunkers in the back of some houses because lemon laws did not exist yet and a bad car deal for a Black person was a one-sided coin. The conviction of the men who killed Michael Donald was a lengthy process, and during that period of time, our community was terrorized, often afraid, and had to fight through every conceivable barrier to get justice. I am a tired teenager.

"Like the generation before me, I’ve had to pass down the rules. It’s not the rite of passage or the oral legacy I want to hang on to."

My high school years parallel trials and mistrials of officers involved in shootings, civil cases against the Klan. Then along came the video camera, and it was capturing everything—those milestone moments, surfing squirrels, piano-playing cats, first birthdays, proposals, retirement parties, and eventually the now infamous Rodney King tape. Surely, there will be a conviction! Surely this is an affirmation of what Black men have been experiencing on sideroads and in Black communities for decades in America; now, it’s captured on camera. While King’s brutal beating was not the first example of police misconduct captured on camera, it did help dispel some of the notion that Blacks were “making up” stories about police brutality. Yet, despite the 90-second evidence that played out before them, a criminal jury exonerated the four officers who beat Rodney King within an inch of his life. I am a tired college student.

Being beaten by law enforcement officers is not a brutalization relegated only to African American men. Fannie Lou Hamer, legendary civil rights Icon walked with a limp because she had been beaten by the police in a Mississippi jail, put it best when she said, “We are sick and tired of being sick and tired. For so many years, the Negroes have suffered in the state of Mississippi. We are tired of people saying we are satisfied, because we are anything but satisfied.”

Like the generation before me, I’ve had to pass down the rules. It’s not the rite of passage or the oral legacy I want to hang on to. There’s currently a viral TikTok of an African American young man, whose mother had to “give him the rules.” Preparing children on how to engage with the police was not a part of What to Expect When You Are Expecting, but it could be, or at least until police reform and accountability is codified! In 2017, The Cut produced a video series that caught on camera the oral tradition that our Black parents, grandparents, taught us on how to engage the police. It. Is. Heart-wrenching. It is exhausting ,and it is three years old! The oral tradition in my family alone is now almost 70 years old! Why?

Educators who return to school this year will find schools ravaged by pandemic mitigation and the glare of inequitable and systemic underfunding of segregated school communities, which simply can no longer be ignored. Far too many African American and Latino children attend schools reminiscent of the ones I attended in my youth. I hope you will feel as uncomfortable as that little 6-year-old me felt when a first-grade teacher called me the N-word. I hope the fact that three-hour lines for food at your neighborhood schools during the pandemic and school closures make you so angry that you will demand accountability of your elected officials on bailouts and education tax cuts. I hope you will be uncomfortable enough to reclaim and delegate the duties of school discipline and climate to educators, principals and counselors— not cops.

Most important during this time, listen, learn, then delve into the generational and historical fatigue of the many generations of African American men, women and children, whose lived experiences, whose oral traditional have been more about survival. And try to understand just how tired we are of having to fight for what is given so freely to people whose skin does not look like mine.

The deaths of George Floyd and Ahmaud Arbery were caught on camera. How many others were not?