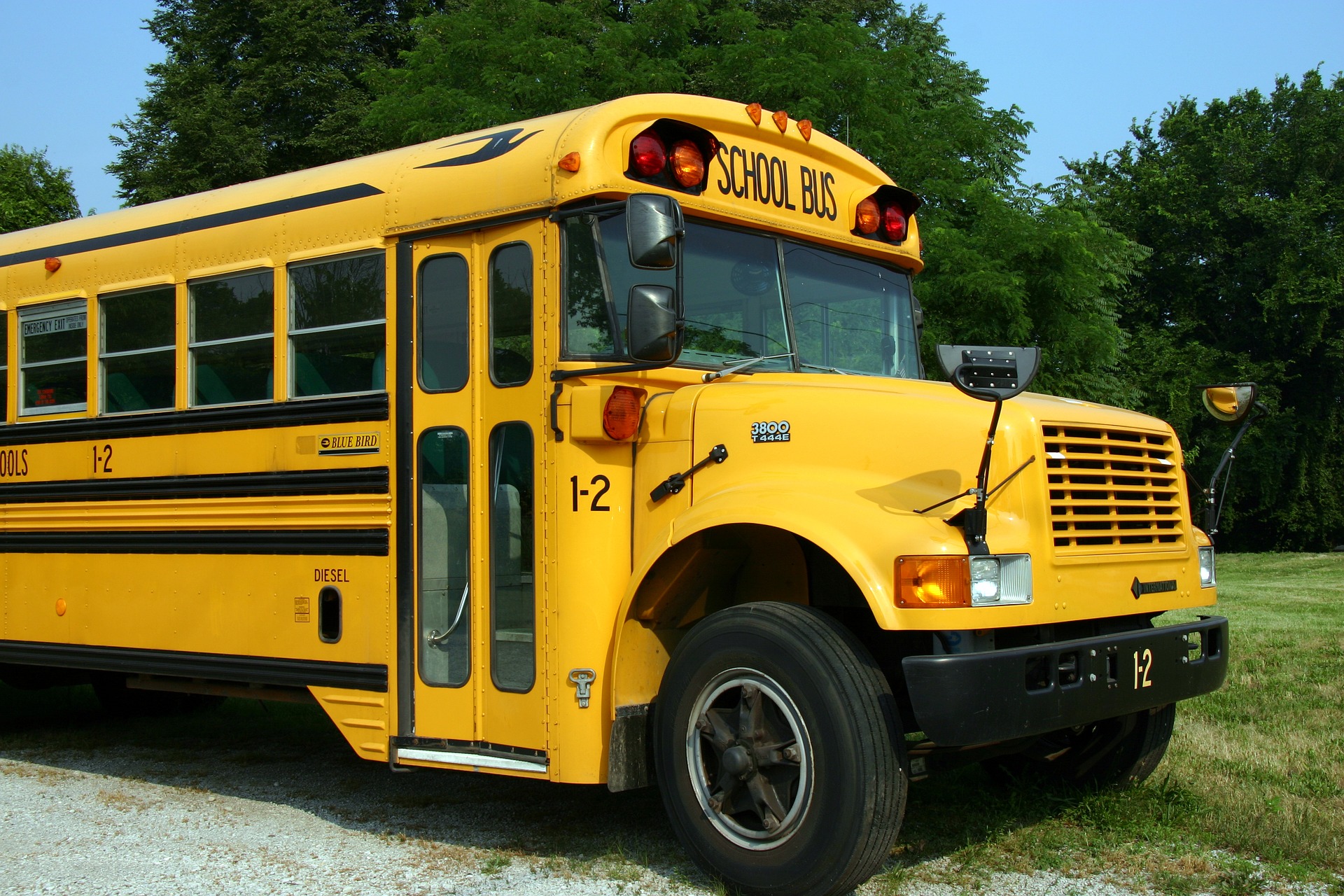 Orlando Green, a school bus driver and member of the St. Tammany (La.) Federation of Teachers and School Employees, maneuvers his bus through the steamy summer heat every August. Through about a dozen stops to pick up children on each of his three routes, the bus stops and goes, never pushing enough fresh air through its windows and vents to create much airflow. With temperatures in the 90s and the infamous humidity of Louisiana, the heat index inside his bus can exceed 100 degrees.

With that kind of heat, some students get antsy. Some nap. Especially over the past two years and especially in the afternoon, it gets so hot that Green doesn’t know if his riders are napping or have passed out.

“There is no air conditioning on the bus,” Green says in a new report from the Natural Resources Defense Council. “Even with all the windows down and the top hatches open, the heat can become unbearable. With all 40 kids crowded inside, their little faces become flushed red, and they start yelling, ‘Mr. Green, it’s too hot in here!’ One child has diabetes, and his mother has told me the extreme heat can be really dangerous for him. I don’t think it’s conducive to the children’s health, good behavior or learning.”

This AFT member’s story is just one of 14 firsthand accounts cataloguing health threats workers face in the dual public health crises posed by climate change and the coronavirus pandemic. The NRDC report, published in collaboration with the AFT and several other unions, also offers policy solutions needed to protect workers and the essential services they provide.

On the Front Lines: Climate Change Threatens the Health of America’s Workers, released July 28, calls on the federal government to update health and safety laws to safeguard essential workers. NRDC is an environmental group with more than 3 million members and activists. Along with the AFT, the Communications Workers of America, Service Employees International Union and the BlueGreen Alliance contributed to the report.

“AFT’s members—our bus drivers, nurses, custodians and researchers, to name a few—are the frontline workers who see and live the impacts of the climate crisis on a daily basis and see how it impacts directly an entire generation of students, as well as our communities overall,” says AFT President Randi Weingarten.

As the climate warms, extreme weather becomes more frequent and workers are being exposed to increasingly dangerous heat, toxic air and water, infectious diseases and stresses on their mental health. AFT members are seeing more mold in Baltimore and Philadelphia public buildings, extreme weather in California and the Midwest and destructive storms in the Gulf states, New York and Puerto Rico.

The COVID-19 pandemic is adding another level of danger to workers threatened by climate change. This includes AFT members staffing drive-through test sites in stifling heat, and school employees who may be returning to in-person instruction in just a few weeks.

The dual public health crises of COVID-19 and climate change highlight the need for more robust health protections. Rapid changes in our climate and recent rollbacks of occupational safeguards are outstripping the ability of state and federal agencies to hold employers accountable for unsafe and unhealthy work practices. Protecting worker health is fully within our grasp—but will only get harder the longer we wait to act. That’s why it is absolutely vital for Congress to pass the HEROES Act and for states and local governments to restore funding for public services.

Among its key recommendations, the NRDC report calls for:

Last but not least, legislators at all levels of government must honor the right of workers to safe and healthy workplaces by strengthening legal protections for unionization and collective bargaining.

“I hear stories just like Orlando’s, of people who have been subjected to unbearable working conditions due to the disastrous effects of climate change, as well as tales of students going to school on flood plains, or patients being treated for debilitating diseases due to living in waste hot spots, all because the right-wing corporate lobby wants to deny climate science and refuses to invest in climate preparedness,” Weingarten says. “Today, unfortunately, tackling the climate crisis has largely taken place along party lines. But safeguarding the environment is not a partisan matter—protecting the lives of workers, their families, and their communities shouldn’t have two sides.”

As an experienced school bus driver, Green thinks every bus ought to be equipped with air conditioning, especially in states like Florida, Louisiana and Texas.

“I’ve actually gotten into the habit, the last couple years, to check the weather report before my routes—because in Louisiana it gets really hot, up to 104,” he says. “Air conditioning would take care of that. But bus drivers experience a little bit of what all public workers experience, which is underfunding.”

Offering as an example his wife, Debbie Green, who is a teacher and president of the St. Tammany local, Orlando says: “I’ve seen her go into her own money for supplies for her classroom. Over the years, where education is not funded or is underfunded, it’s taken its toll.”

Then there’s the coronavirus pandemic, which has recently brought Louisiana up to 2,000 new cases a day. Healthcare workers are exhausted, Green says, and at the same time, the state is in Phase 2 of reopening.

“Thank God for the AFT and Randi Weingarten, because back in April they came out with a report on school reopening,” he says. “But right now, with our numbers going up and an infection rate of more than 10 percent, we’d be in a real bad situation if we had to go back into the classroom.”

If President Trump can bail out of his party’s convention in Florida because it’s unsafe, “but you’re bringing kids into this school environment, that’s not right, it’s not fair for the children—it’s dangerous,” Green says. He points to a recent debacle in which a summer camp shut down because, despite precautions, 80 campers came down with COVID-19.

Green is no stranger to hazardous working conditions. He worked for 27 years in a chemical plant with high levels of ammonia and carbon dioxide. Now carbon dioxide is threatening the whole planet.

“What I learned is that you want to put as many barriers as possible between you and the dangerous thing: gloves, gas masks, safety glasses, chemical suits, whatever you can use,” he says.

Green agrees with delaying the start of in-person schooling, and making up that time later. “I am not comfortable at all, as a caring human being, putting children in a known dangerous environment,” he says. “Even with the social distancing, even with the masks, even with the hand-washing—that’s the bare minimum.”

Preschoolers, he observes, like to lick the windows and seatbacks of school buses. “And kids love to hug you,” he says. Older kids like to fist-bump. We have to be patient with this thing, do what the medical people say, and sooner or later we’ll knock it down.”

Republished with permission from the American Federation of Teachers.