I Am Forever Changed: Reflecting on the Emotional Trauma from Parkland 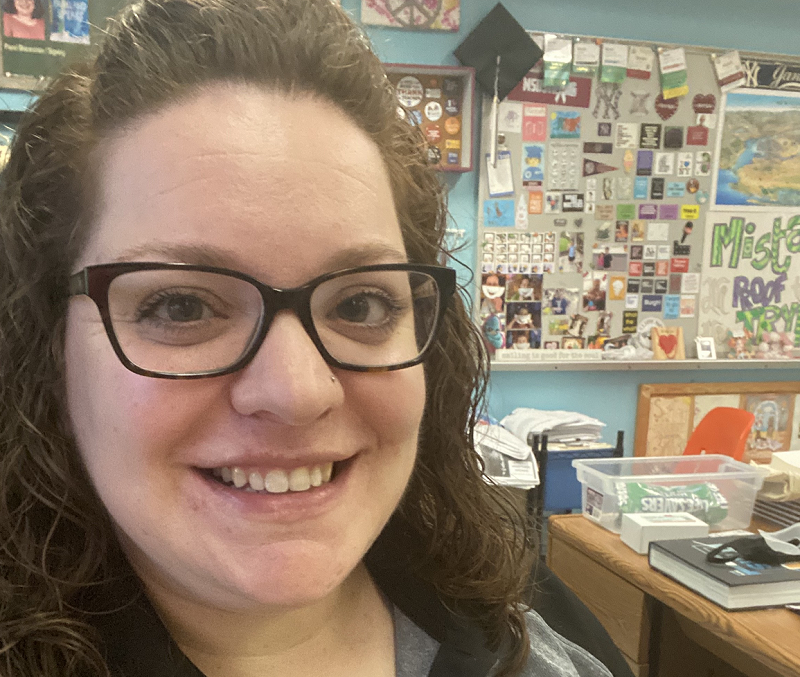 Sarah in her classroom.

Reflecting on Emotional Trauma from Parkland

It has been three years since the shooting at my school.

My name is Sarah Lerner. I am a teacher at Marjory Stoneman Douglas High School in Parkland, Fla. I kept 15 students safe on Feb. 14, 2018, as a gunman terrorized my school.

From my classroom, I can still see “the building.” I see it every time I open the door. There are others on campus who can avoid it, walking a different way or because their classroom is in a different part of the campus. I don’t have that luxury.

The first year after the incident (2018-19) was a terrible school year. We were all still so deep in trauma. Every day was a blur. I was hanging on by a wing and a prayer. I felt like I was just going through the motions. How could I not? My seniors, who were juniors on 2/14, were hurting like I was.

In November 2018, the district took away three administrators and our security specialist immediately after we returned from Thanksgiving. We were blindsided. We were broken. Any time there was a faculty meeting for the remainder of the year, scheduled or not, there was a knot in our collective stomach. At the end of the year, we found out that our beloved principal, Ty Thompson, was leaving the nest. I cried leaving campus after that news.

The second year after the incident (2019-20) was better. Well, until March, anyway. We started the year with a new principal and new administrators. There were new teachers, and the student body was split: Half had been on campus on 2/14, and the other half had not. It wasn’t an “us vs. them” situation, but there was a sense that a percentage of the population on campus didn’t fully comprehend our daily emotional trauma. Those of us who were there that day banded together and made sure that we were OK. The students seemed to be receptive to learning, which we hadn’t truly seen in quite some time. Things were moving along, and then COVID-19 arrived.

March 13, 2020, would end up being our last day on campus for the school year. The juniors and seniors who had already gone through so much were now thrust into quarantine and uncertainty as a pandemic took over our lives. We spent the last marking period online. There wasn’t real teaching. There wasn’t real learning. There were a series of Hail Mary plays to get through to the end of the year. It was all too reminiscent of the end of the 2017-18 school year. 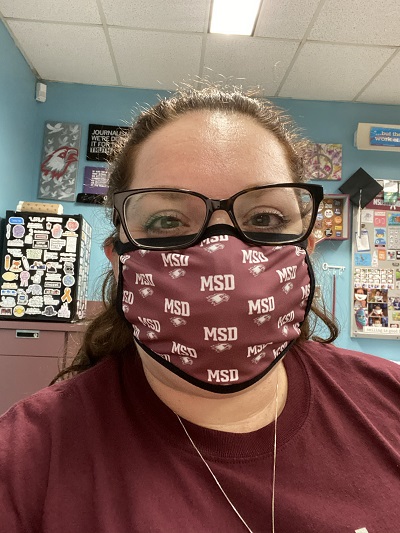 The Weight of Emotional Trauma and COVID-19

In the midst of COVID-19, we had to finish the 2020 yearbook. I had already made an incredibly difficult book in 2018, and was now suddenly tasked with doing it again. The 2018 book was extremely tough emotionally, but I had the students with me. I would “yearbook” for 12 hours a day for six weeks. The kids were with me. We ate meals together, stayed until the custodial staff kicked us out, and crossed off completed pages in unison. The 2020 yearbook was so drastically different. The students were all working from home. Some had yearbook laptops, some didn’t. Some really stepped up and exceeded my expectations, others fell off the face of the earth. The 2020 book was a struggle at the end, but we did it. 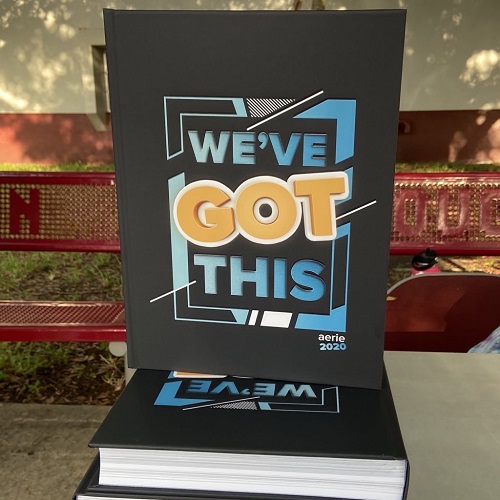 For the class of 2020, there wasn’t a prom. There wasn’t a formal graduation. There wasn’t any of the “normal” end-of-high-school experiences that every senior looks forward to. It was all gone. I held Zoom calls with any of my seniors who wanted to join; these calls weren’t anything other than my heart breaking for them, and I wanted to make sure that they were OK. I don’t think I was OK, but I wanted to support them. Again, this was just like the final months of the 2017-18 school year

The 2020-21 school year began in quarantine. I “met” my students on the first day as initial bubbles on Teams. I had to create an open house video. I lost count of how many times I asked if they could hear me or see my screen. I was teaching to a computer monitor. I taught from home until we were forced to return to campus in October. I remained on campus until coming down with COVID-19 myself in mid-December; per the district, I wasn’t allowed to come back to campus until I had a negative test, so my first day back since Dec. 10 was Jan. 25. The entire time I was out due to COVID-19, I was teaching from home.

I teach senior English, as I have since 2016. I love teaching seniors, and I love the relationships I’m able to build with them. I don’t have that this year. I really don’t know my students at all. I hate that. I hate it for the obvious COVID-19-related reasons, but I also hate it because these seniors were freshmen on 2/14. Their entire high school experience has been ripped to shreds. I hate that I most likely won’t ever see 90 percent of my students in person. I hate that this has been their high school experience. I hate that they’ve had their senior year taken away from them, like they had the end of their freshman year taken away. I hate all of it.

As we make the trudge through February once again, the emotional trauma comes flooding back. There’s always the uncertainty of what these weeks will hold. It was going well, relatively speaking, until Fri., Jan. 29. Someone called the middle school next to MSD and said that there was someone on campus with weapons. The middle school immediately went on Code Red; we were also placed on Code Red. I shared the following excerpt that day on my blog, Life Long Lerner:

Around 9:30 a.m., an AP came over the speakers and called a Code Red. He sounded out of breath. He didn’t say it was a drill. I froze for a second.

I was in sixth-period Journalism 1. I had six students in the room and about 30 on a Teams call. I immediately put the cover over the small window in my classroom door and got the kids to the safe area in my classroom. I muted myself on the Teams call and told those at home to sit tight, that I didn’t know what was going on.

I stood in the middle of my room near where my students were gathered. I tried my best to keep them socially distanced. They were silent.

I had to hold it together for the kids, but I know it was written all over my face. I began to text my teacher friends to find out what was going on. I texted my mom and my husband. I texted my son who was in a different classroom on campus. I texted my daughter who was at the middle school next door.

My daughter’s school was on a Code Red, too.

It all came flooding back. This was too similar to what happened almost three years ago. This time I had my own kid on campus. This time I had two kids to worry about. Were they OK? Were they scared? How can I calm them down when I was freaking out?

After some time (I honestly don’t remember how long), we were downgraded to a Code Yellow. That meant we could go back to our seats and resume working. I unmuted myself and explained what was happening on campus to those at home. I told them to finish the assignment they were working on, and we’d do the second part of the lesson next class. I let them leave the Teams call when they finished. I asked the kids in the room if they were OK. They all seemed more concerned with me and how I was doing.

I kept hearing helicopters. It sounded like dozens, but I think there were only two. I could see them from my window, just like three years ago.

At some point, I decided that I was going to go home when the period ended. I sent a text to my principal. I explained my situation to her, and she was completely fine with it. I just had to get out of there.

As soon as the bell rang, I packed up my things. My son came to my classroom and hugged me as soon as I opened the door. He was visibly shaken and upset. I told him we were OK.

I think back to the weeks and months after 2/14. The hours I spent at school working on the yearbook. The traumatized students who sat in front of me day after day. How did I have the strength and energy to go to work? How could I help my students and listen to their experiences from the incident without having my disbelief written all over my face? How did I actually finish the book? I don’t know. I just did. I had to.

In the weeks and months immediately following the events at MSD, I began working on a book. I edited and contributed two pieces to Parkland Speaks, which was published by Random House and released in January 2019. I can say with great certainty that Parkland Speaks helped me move through my emotional trauma. It filled in gaps I didn’t know I had, and shed light on the experiences of others. It’s strange—we all went through the same situation, but it wasn’t the same at all. The stories, art and photography contained within those pages are the most honest, raw and intimate pieces of writing I’ve ever read. I’m honored and humbled that the contributors trusted me with something so personal to them.

The community is still healing three years later. I waited with those 15 students for three hours until we were released by the SWAT team. I live with this every day. I see a psychologist and have been diagnosed with PTSD. I become very nervous in a crowded space. I don’t like surprises. I don’t like loud noises. I don’t like fireworks. I don’t sleep well. I go to work at MSD every day because I know that’s what I have to do—for me, for the students, for the community.

I have gotten through the past three years with the help of my family and friends. I have a wonderful support system, and I know I’m fortunate in that. Outside my immediate circle, I have also formed a lifelong friendship and gun violence survivor bond with Abbey Clements, a teacher from Sandy Hook Elementary School. It’s helpful to have people around you who love you and support you unconditionally, but it’s even more helpful to have people in your life who have been through something like you have, someone who truly “gets it.” 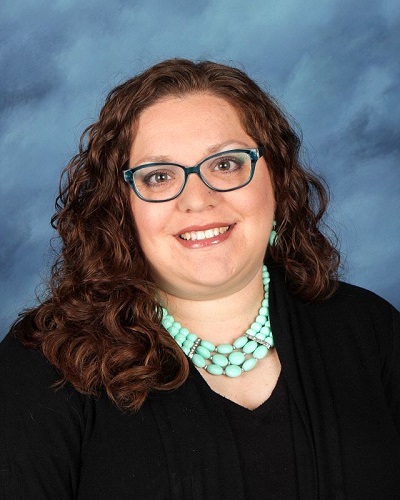 Sarah Lerner has been teaching since 2002 in Broward County, Florida. She has been a teacher at Marjory Stoneman Douglas High School since 2014. Lerner advises the nationally award-winning Aerie yearbook, and also teaches senior English & Intro to Journalism. She was the 2014 Sun-Sentinel High School Journalism Teacher of the Year, 2019 CSPA Gold Key recipient and 2020 Special Recognition Adviser from CSPA (Columbia Scholastic Press Association), as well as the 2019 Woman of Distinction from national sorority Alpha Xi Delta. Lerner was the editor of and a contributing writer for "Parkland Speaks," published by Random House and released in Jan. 2019. She has been married since 2004 and has two children, ages 15 and almost 12.

You can follow her on Twitter at @mrs_lerner, @aerieyearbook, @parklandspeaks; read her blog, Life Long Lerner; and explore her book, "Parkland Speaks."