Focusing on the Total Child Leads to School Success 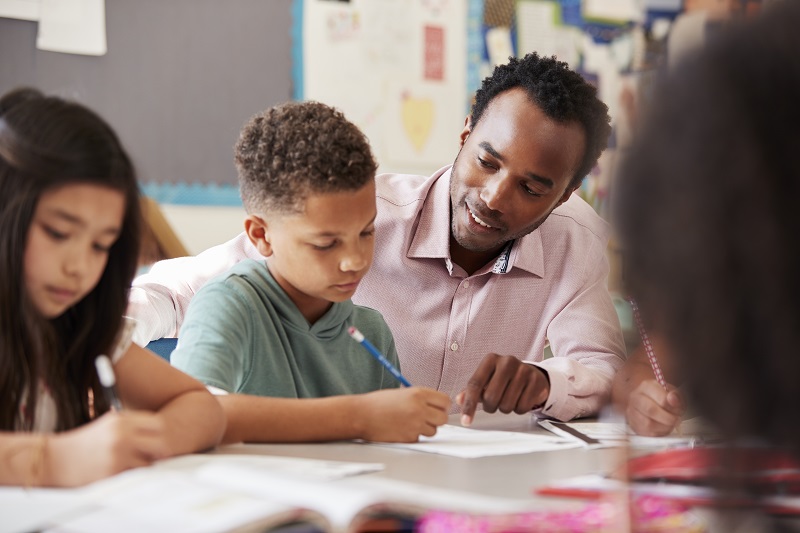 I once visited a school on the Navajo. It focused on the total child before the term was coined, and it took a lot of hard work by a wide range of professionals. This school also paid attention to the needs of kids who weren’t in crisis, or weren’t high flyers—they were just the kids in the middle whose lives were changed by being touched by that staff. I left wishing that my kids went to this school.

And, like many other schools, it didn’t happen by chance.

First, the principal and the teachers focused on a simple statement: Everything in the building worked. If, for example,  a chair was broken, it was fixed that day or taken out of the classroom. And, if a student needed help, the child got attention that day. In this building, the chair as a metaphor was as real as the child in trouble. Second, students were always under the watchful eye of various staff members. This meant that students weren’t left alone for problems to arise. Third, daily data were reported. It wasn’t extra work for the teachers; the information was collected by paraprofessionals and entered into a database, and the principal looked over the data every day at 1 p.m.

The interesting part is what was collected—things like quiz grades, absences, reports of any kind; information that teachers collect on an ongoing basis was used. This process would uncover If a student needed help, then it was reported and the teacher would get information from the counselor or one of the other professionals. They found that by paying attention to the little stuff they could make a big difference in the long run. And sometimes they uncovered big stuff.

One key element In the Learning First Alliance’s Elements of Success is “Focus on the Total Child.” But this, like so many terms, means something different in each school. Adaption of good ideas is the hallmark of the most effective schools. In another school in West Virginia that serves many families living below the poverty line, the school day begins with students using the gym’s showers and laundry room if they don’t have access so such facilities at home. This wasn’t viewed as an add-on assignment for the teachers. The support staff was included in the process and outreach. The teachers in this school deeply cared for their students, and were able to maintain their emphasis on teaching. This was done in much the same way as the cafeteria staff focused on feeding the students: Everybody worked with the idea of impacting the total child.

How did these schools do it? First the faculty and staff realized that to be effective, they needed to address a wide range of student needs. In the school on the Navajo, the principal was able to engage with the teachers and other staff members on the idea that they didn’t need to do additional work; instead, information that was already available was collected. Yet, it wasn’t just about having the information; the teachers made sure that action was taken to bring in new outreach to the kids in need. And, again, it wasn’t just the extremes. It was catching the students early on and getting them help that prevented bigger problems. The kid who had slipped on two quizzes may have simply needed extra help or to revisit the material. But it could also mean that the student hadn’t slept in two nights because the child’s family had an emergency. Each required an intervention, but different interventions. Students were not left on their own, and neither was the teacher.

These schools also found out about the varied and unique interest of each child. While interventions are frequently the purview of the crisis, in these schools it also was used to find out what motivated students. When a student’s passion was discovered, a staff member might encourage the child through customized lessons or library books.

Schools across the country are approaching education like the school I described on the Navajo and the school in West Virginia. Many call it a community schools approach, which is defined by a commitment to the whole child. In these schools, a child’s needs—whether it’s for extra tutoring or for glasses to see the whiteboard—are met through a network of community partnerships. A team of teachers, administrators and a community school coordinator are consistently reviewing data to make sure that student needs are being met. The school becomes a hub for the community, where families and community partners are engaged and where additional learning opportunities—like a financial literacy class for families or after-school programming for kids—are available. Please learn more about this approach by checking out the Community Schools Playbook, the American Federation of Teachers, and the Coalition for Community Schools.

In schools that focus on the total child ,it isn’t simply a matter of tracking kids’ pluses and minuses, or telling a teacher to do this or that. These schools are organized to adapt to each student’s needs. They do it by paying attention, noting what is being seen, and acting on what is changing.