"Hidden Children of the Holocaust" Open Up About Border Situation, Say Policy Separating Migrant Children From Parents Is Unconscionable 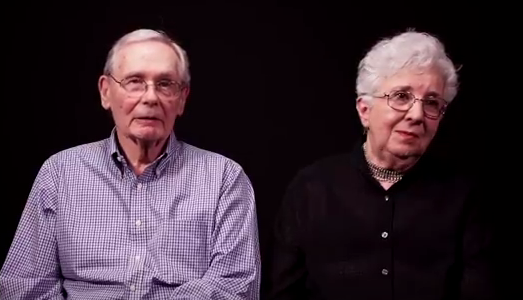 New York, NY, June 19, 2018 … The Anti-Defamation League (ADL) today issued a statement on behalf of a group of hidden children of the Holocaust who felt strongly compelled to oppose the Trump Administration’s expanded “zero tolerance” policy for migrants seeking to cross the border, which has led to thousands of children being separated from their parents.

The hidden children, many separated from their parents at the beginning of World War II, are recalling the severe and lasting trauma they experienced as a consequence of their forced separation. Now aged in their 70s and 80s, the Holocaust survivors are reacting to what is happening along America’s southern borders with a mix of anger and disbelief, calling the practice of separating families with young children inhumane and unconscionable.

According to news reports, nearly 2,500 children have been separated from their parents under the new policy. Such practices have the effect of causing unnecessary trauma to the children – many of whom have already suffered significant traumatic experiences – negatively impacting their physical and mental health and increasing their risk of early death.

In a video testimonial released today, Rachelle Goldstein, co-director of the Hidden Child Foundation, a New York-based organization which represents Jewish Holocaust survivors who were hidden during the war, spoke to the lifelong pain she -- and -- others have endured as a consequence of being separated from their parents at a very young age. Rachelle was just under 3-years-old when she was separated from her parents in Belgium. The video also includes her husband, Jack Goldstein, who was separated from his parents when he was 9-years-old. The video closes by urging viewers to sign an ADL petition calling on the Attorney General to stop this practice now.

As former Hidden Children of the Holocaust, we know that the trauma of separation from parents lasts a lifetime.  Now in our late 70s and 80s, we still ache from the losses we suffered as a result of this separation.  It is very difficult for us to see such inhumanity taking place today at our southern border.  Let’s be clear: We are not comparing what is happening today to the Holocaust. But forcibly separating children from their parents is an act of cruelty under all circumstances.

When speaking about the fate of such children, White House Chief of Staff John Kelly said recently: “The children will be taken care of — put into foster care or whatever.” That “whatever” mostly means institutional warehousing. For a child, this is a wrenching experience even under the best conditions. We, who were placed in orphanages and convents during World War II, know that it takes more than a clean bed and three meals a day to endure being severed from one’s parents.

Children can bear all sorts of adversities and cruelties as long as they are with a parent.  A mother or father’s presence assures the child that he or she will be cared for even under the direst circumstances.

All Hidden Children suffered lifelong anxieties that resulted from that early separation. The youngest, particularly, worried about their parents’ “disappearance.” All wondered if they would ever be reunited.

These migrant children are surely longing for their parents – as we did.  We feel compelled to raise our voices for them.

The Hidden Child Foundation represents the youngest survivors of the Holocaust. With a worldwide membership of more than 6,000, the organization has a mission to educate all people about the consequences of bigotry and hatred so that never again will anyone suffer the atrocity, the injustice and the agony of genocide.

This article was originally published on June 19, 2018 on the Anti-Defamation League website and can be found here.