Wispy threads of centuries-old family history may be tenuous — and upsetting in how they diminish living people to chattel. But they are part of a growing fabric of knowledge about the lives of enslaved people otherwise lost to history.

“On the 27th day of November 1799 was born a female Black Child named Persilla of the Body of a Negro Woman my slave.”

“Samuel Underhill, Oyster Bay: Purchased Jinny in a slave market off of a slave ship in New York.”

The accounts come from the Northeast Slavery Records Index, an online repository of information created at the John Jay College of Criminal Justice by two AFT faculty members. They are remarkable because such records are normally scattered across countless catalogues, lists and jurisdictions, inaccessible to all but the most devoted researchers. This database of 64,000 records and growing brings them all together, and it is free, open to the public and easy to use.

The names themselves are significant. So many have vanished through time, leaving only the number of enslaved people transferred in a will or a bill of sale. But here are even more details: One might imagine this “well-looking” Primus, clever enough to learn to read at a time it was forbidden to enslaved people and bold enough to risk trying to escape.

“For some people, we have complete histories,” says Judy-Lynne Peters, a professor of public management at John Jay, a member of the Professional Staff Congress faculty union there and the co-director of the Northeast Slavery Records Index, or NESRI. Uncovering family members who have been enslaved, bought and sold like inanimate objects can be painful, she says, but the investigations are worth it. “I feel like we’re giving people identities back.”

Along with bills of sale and advertisements for runaways are wills transferring property, including enslaved people; cemetery records; accounts of slave ship “cargo”; and census records. There are documents of emancipation and accounts of the underground railroad, too. We know that behind these documents are separated families, desperate risks, unnecessary deaths and, in some cases, freedom.

The seed for NESRI was planted in Mamaroneck, N.Y., where Warren “Ned” Benton, a professor of public management at John Jay, member of the PSC and co-director of NESRI, was writing about his community’s history for the local newspaper. When he started looking for material on the Revolutionary War, “suddenly I encountered stuff about slavery,” he says. “That just really surprised me.” 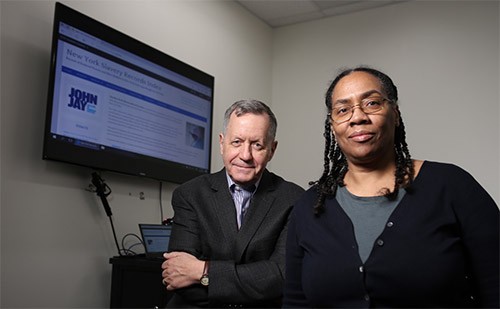 It’s a common misconception that slavery was something that only took place in the South, but the Northern states were full of enslavers. Benton wound up publishing a newspaper story commemorating the names of enslaved people in the area, each year adding more as they surfaced.

When Benton described his passion project to colleague Judy-Lynne Peters, she suggested he expand the records to include New York City, and it grew from there — first to New York state, then to the northeast, including Connecticut, Maine, Massachusetts, New Hampshire, New Jersey, Rhode Island and Vermont.

Benton and Peters run the project with other professors and graduate students in public management, administration and policy. The history embedded in the index constantly intersects with the public administration field through the work of past comptrollers, city clerks, port authorities and customs officials involved in public transactions, law and policy.

When Peters and Benton first shared their findings with students in a one-off lecture about the 1790 census, many were learning for the first time that slavery was an integral part of New York’s history. They were visibly moved. The city streets they traversed were named for slave traders: Beekman Street, Clarkson Street, DeLancey. Their school was named for a man who not only enslaved people, but whose father invested in slave ships. Yet John Jay also fought for abolition. The family’s story is one of many that are fleshed out in the “articles” section of the index.

Four years after that first lecture, students are now a big part of the project, with several assigned to participate in NESRI research each semester.

One forensic accounting student, Valencia McMillan, dug into the practice of “abandoning” children born to enslaved women. When New York was transitioning out of slavery, around 1799, enslavers no longer automatically “owned” the infants of the mothers they enslaved — but the children were still their servants, until age 25 or 28. Enslavers, however, could choose to abandon these babies, presumably so they would not bear the cost of raising them. In these cases, the babies were separated from their mothers and became wards of the state, given to white families who were paid $3.50 a month to raise them. 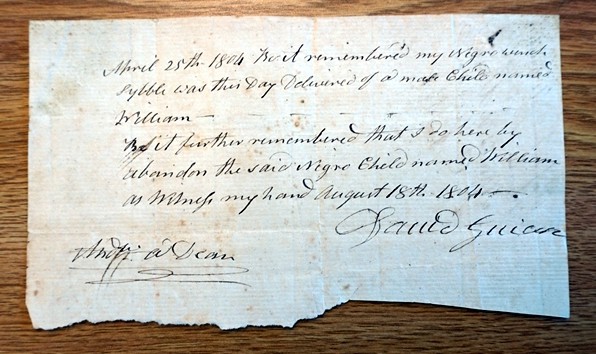 McMillan found all the abandonment records because the children had to be registered by the town clerk. “She was gobsmacked about how routine it was to pay somebody two or three dollars a month to take on this baby,” says Peters.

Another case highlights how a customs collector in New Hampshire helped an enslaved woman after her escape from a Southern-based enslaver. She was able to marry, have children and though forever a fugitive, live a long life far from her enslaver. The shocking part of the story? The enslaver was George Washington.

Many people know the Oney Judge story; among other accounts, there is Erica Armstrong Dunbar’s book, Never Caught: The Washingtons’ Relentless Pursuit of Their Runaway Slave, Ona Judge. But one detail is particularly relevant to John Jay students: Portsmouth customs collector Joseph Whipple played an integral role in Judge’s freedom by refusing to ship her back to President Washington. “If you want to teach about ethics and moral and conflicting duties, this guy’s perfect,” says Benton.

“Our school slogan is ‘fierce advocates for justice,’” says Peters. “People come to this school not just because they want to be cops and firefighters and corrections officers. People come because they look at those institutions as problematic and want to make them better, and they want to engage in social justice.”

Understanding slavery, she adds, helps us understand race in America today — a big piece of the social justice landscape. “There are [many] states that won’t allow us to talk about Black history,” she says, referring to legislation limiting any education involving race. “It’s absurd.” According to Chalkbeat, 36 states have passed legislation that restricts teaching about race or racism; many include colleges and universities in the ban.

Others are embracing resources like NESRI. Peters and Benton spoke with members of St. Mark’s Church on the Bowery in New York City, for example, as the church tries to make reparations to the descendants of people enslaved by the church or its members. Using NESRI to do the research, the church publicly acknowledged and named prominent parishioners who were slaveholders: “All the prominent people who sat in the front pews,” says Peters.

These steps are important, but Peters is also interested in the connections the descendants of enslaved people can make. “The best thing out of this entire project is I can name people,” she says. “Their families can connect with them. Some family knows that there was a Mary Jones, and we can tell them who Mary Jones was.”

“People who were faceless and nameless in history are suddenly found.”

This article was written by AFT communications specialist Virginia Myers.

How Pennsylvania’s Midterm Races Impact the Future of Politics