How Is It Possible the Constitution Does Not Provide the Right to Vote? 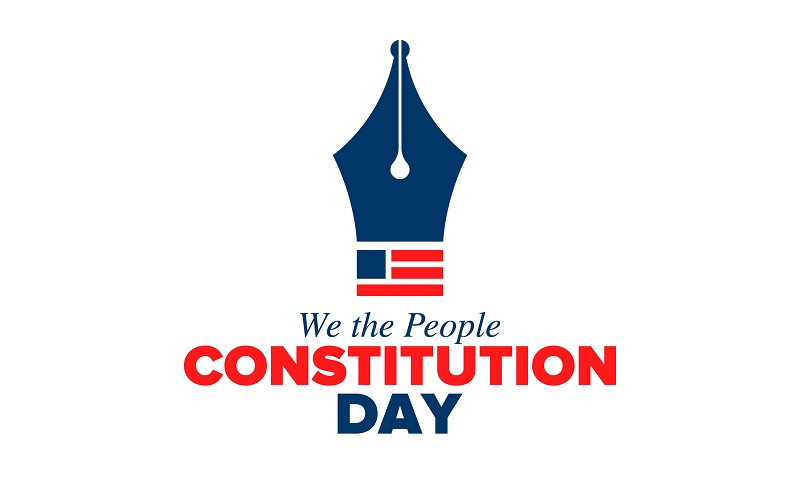 September 17, 2020 marks the 233rd anniversary of the signing of the U.S. Constitution on Sept. 17, 1787. We celebrate this occasion as Constitution Day, and teachers and students across the country use this annual civic holiday as an opportunity to carefully study the Constitution. In a major presidential election year, a lot of attention is justifiably on the right to vote.

You may be surprised to learn that the Constitution does not explicitly provide for the right to vote. How is this possible? The framers of the Constitution wrestled not only with questions of constitutional design, but also with the political realities of getting the new government they were creating approved (or ratified) by the people. James Madison described the problem facing the framers in 1787:

"The right of suffrage is a fundamental Article in Republican Constitutions. The regulation of it is, at the same time, a task of peculiar delicacy. Allow the right exclusively to property, and the rights of persons may be oppressed. The feudal polity alone sufficiently proves it. Extend it equally to all, and the rights of property or the claims of justice may be overruled by a majority without property, or interested in measures of injustice. Of this abundant proof is afforded by other popular Govts."1

Property ownership as a qualification for voting was the central concern at the time, with some framers favoring making it a qualification for voting and others, like Benjamin Franklin, reminding his fellow delegates that many people who did not own property had joined the fight for independence. A uniform suffrage requirement was ultimately rejected. The compromise was to leave it to the states. Article I, Section 4, of the Constitution says:

"The times, places and manner of holding elections for Senators and Representatives, shall be prescribed in each state by the legislature thereof; but the Congress may at any time by law make or alter such regulations."

This compromise allowed roughly two-thirds of white men—but very few others—to vote. In the decades that followed, the states moved quickly toward adopting universal suffrage for white men. By 1860, most white men without property were able to vote. For Blacks, women, Native Americans and younger Americans between the ages of 18 and 21, the fight for the franchise would be much longer and more fraught.

Register for a free webinar from iCivics:
Power to the Students: A Non-Partisan Guide for Empowering Youth to Engage in Elections 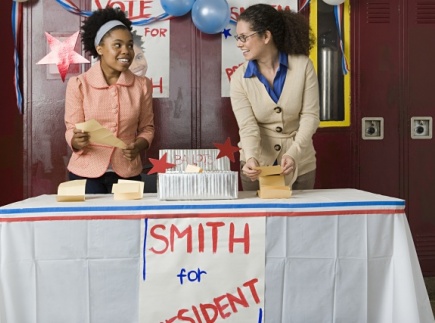 Expanding the Right to Vote: Blacks

Despite this broad language, states still found ways to prevent Blacks from voting through mechanisms like poll taxes, literacy tests, fraud and intimidation. The fight for Black suffrage continued on for decades. Poll taxes would not be outlawed until the 24th Amendment was passed by Congress in 1962, and ratified by the states in 1964. It reads:

In 1965, Congress passed the Voting Rights Act. It directed the U.S. attorney general to enforce the right to vote for Blacks, and prohibited the use of literacy tests and other methods of excluding Blacks from voting.2 By the end of 1965, a quarter of a million new Black voters had been registered to vote. The Voting Rights Act was reauthorized in 1970, 1975, 1982 and 2006.3

In 2013, the U.S. Supreme Court, in the 5-4 decision of Shelby County v. Holder, held that Section 4 of the Voting Rights Act was unconstitutional, finding that the burdens imposed on the states by that legislation are no longer responsive to the current conditions in the voting districts covered by the legislation. The court also held that the formula for determining whether changes to a state’s voting procedures should mandate federal review is now outdated. To date, despite significant political pressure, Congress has not passed an amendment to the Voting Rights Act addressing the Supreme Court’s holding in Shelby County.

Expanding the Right to Vote: Women

This year, we celebrate the 100th anniversary of the 19th Amendment and the long-fought battle for universal women’s suffrage; 144 years after Abigail Adams urged her husband, John, to “remember the ladies,” the 19th Amendment was ratified in 1920:

The road to the 19th Amendment is a long and important one. You can visit the Constitution Center to learn more.

Section 2 of the 14th Amendment, enacted after the Civil War, protects the right to vote for the “male inhabitants of [each] state, being twenty-one years of age, and citizens of the United States.” While states could lower the voting age, should they choose to, they were not required to do so. During the Vietnam War, with so many young men between 18 and 20 involuntarily drafted to fight, there was substantial political pressure to expand the franchise to all people between the ages of 18 and 21. The ultimate result was the passage of the 26th Amendment:

Issues of voting rights still prevail today. Contemporary topics include the restoration of the right to vote to convicted felons, voter ID requirements, gerrymandering, access to polling stations and, this year, the use of wide-scale mail-in ballots.

To help your students become more informed voters, be sure to explore iCivics’ Politics and Public Policy Unit that offers infographics, lesson plans, WebQuests and our popular election simulation games, Cast Your Vote and Win the White House.

Julie Silverbrook is senior director of Growth Initiatives at iCivics. Silverbrook served as executive director of the Constitutional Sources Project (ConSource) in Washington, D.C., from 2012-20. She regularly writes and lectures on the U.S. Constitution and its history, as well as the importance of civic education to the health of the American republic. She holds a J.D. from the William & Mary Law School, where she received the National Association of Women Lawyers Award and the Thurgood Marshall Award and served as a senior articles editor on the William & Mary Bill of Rights Journal. She graduated summa cum laude, Phi Beta Kappa from the George Washington University with a B.A. in political science. Upon graduation, she was awarded the GWU Columbian College of Arts and Sciences Distinguished Scholar Award, the highest academic award given to a student in the arts and sciences college.