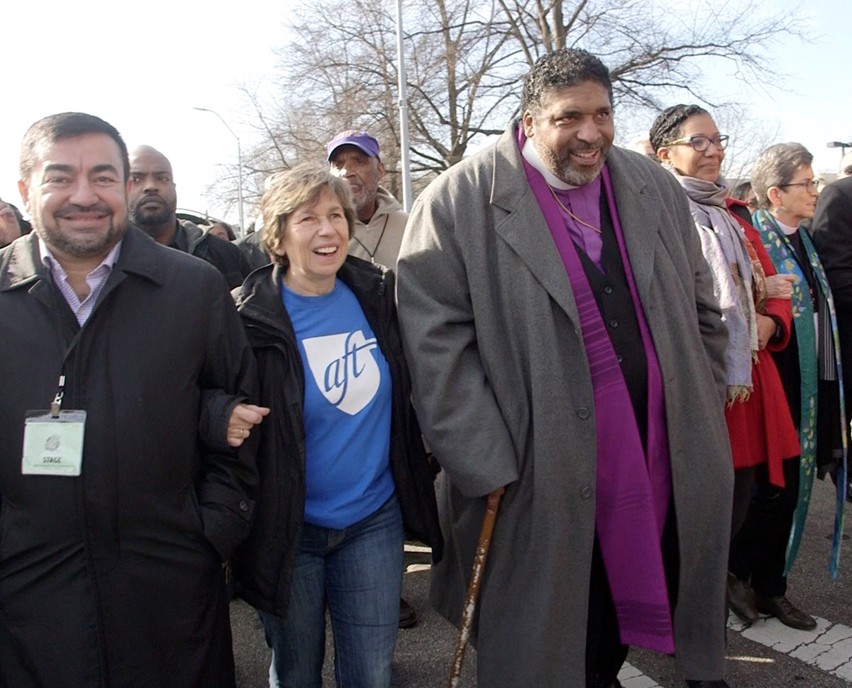 When a person gasps “I can’t breathe,” it is incomprehensible that there would not be a rush to help. Yet this was the lived experience of George Floyd, Eric Garner and so many Black men before them. Black people have endured unending grief, fear, anger and trauma caused by racism and racial violence. They are tired of trying to convince others that these murders were not isolated incidents by bad cops but examples of the systemic racism deeply rooted in America. This is a moment to really listen. But it is also a moment of reckoning that requires us — all of us — to act.

Cellphone videos showing Black Americans being murdered are often viewed thousands and even millions of times. But even visual proof of these horrendous acts has not resulted in sufficient action to address racial terror, revealing a shameful indifference to the value of Black lives.

We live in a world in which neither George Floyd’s murderer nor his colleague accomplices seemed concerned they were killing him, even when bystanders filmed them and pleaded with them to stop. A world in which the president of the United States stokes racial divisions and planned to launch his re-election campaign on Juneteenth in Tulsa, Okla., the site of one of America’s worst racial massacres nearly a century ago.

But we also live in a world in which the demand for change, evident in weeks of overwhelmingly peaceful protests against racial injustice in all 50 states and across the globe, is leading to results. A world in which Black people — many of them young people — are leading these protests, joined by people of every race, age, creed and walk of life. Leaders of the American Federation of Teachers and the National Education Association sent a letter to America’s students, reinforcing our message that racial equity is the great unfinished work of this country.

I Can't Breathe: Signs of Progress

Look at what happened in just the first weeks of sustained protests against the wrongful killings of Black Americans:

And this week, congressional Democrats introduced the Justice in Policing Act of 2020, which would ban police departments from using chokeholds, develop a national standard for use of force, establish a national police misconduct registry and limit qualified immunity, which protects officers from lawsuits over alleged misconduct.

Communities are reconsidering how to make schools safer, both in response to the coronavirus and in response to the need to ensure all students feel welcome. Many are looking to add guidance counselors, cultural competency and cultural bias training, and mediation and restorative justice programs and to end zero tolerance programs that disproportionately punish youth of color.

This week, my union passed a resolution renewing our commitment to end systemic racism in America, laying out 19 commitments to combat racism and violence against Black people, including the separation of school safety from policing.

Criminal justice must change. There must be more pathways to opportunity. But more must be done. Even if we are LGBTQ or a religious minority, most white people can move through the world unmindful and unworried about race. Even those of us who are determined to be allies and to do the work of being anti-racist — to read and inform ourselves; attend protests; and examine, question, challenge and wrestle with our biases — can compartmentalize that part of our lives. But we must acknowledge the emotional labor of being Black in America, and that simply living can be wrenching and exhausting. White people must do real soul-searching about the depths of their support for racial equality, which necessarily requires giving up some of their privilege and changing the power dynamic between Black and white people. Otherwise our claims to support true equality are platitudes.

It should not have taken a video of Derek Chauvin nonchalantly murdering George Floyd to spur more of us to demand an end to racial violence and terror. But now that we have seen it, we cannot look away. We must look, we must listen, and we must act with urgency like never before.