Music Education: Why The Beatles’ Message of Love Never Fails Me 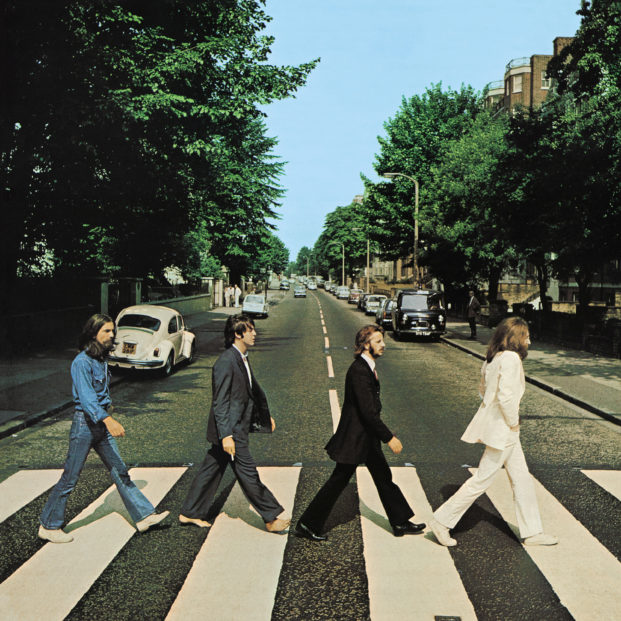 Music Education and Why the Beatles are More Relevant than Ever

This school principal is nervous and scared. It’s only a few hours until the homework I had given myself and the school leadership team is due.

Fifty years ago on the same day of the assignment, four friends gathered on a warm London afternoon to cross the street. Little did they know they were capturing a moment in time that would serve as an iconic work of art. Fans have been traveling from all over the world for a brief, fab moment to imitate of the famous image of The Beatles walking across Abbey Road. There is even a live feed of Abbey Road where you can spot fans braving ongoing traffic for a quick photograph.

Did The Beatles know that the Abbey Road album cover would become a beacon of pilgrimage for thousands of fans on the exact same day 50 years later?

The Beatles never fail me. They have been a source of solace for me during troubling times, and I am grateful for their enduring message of love and positivity that have sustained me and countless others.

As much as I would like to take off my shoes like Paul McCartney did on the Abbey Road cover and join fellow Beatle people, this week marks another exciting moment for me, my start as the new principal of Moore Magnet Elementary School in Winston-Salem, North Carolina. Even though I have worked as a school administrator for many years, I felt as nervous as anything. I wanted to make a positive first impression and decided to ask my colleagues to bring in their “Walk-Up Song,” the song that is played when an athlete enters his or her respective arena and serves as an anthem of sorts.

I had been struggling with a response to model for my teammates. I wanted to pick the right song and this self-proclaimed “music geek” was coming up empty-handed. The morning of our retreat, I was still bereft of ideas. As I scanned through my various social media channels, I noticed the hashtag #AbbeyRoad was trending. A quick visit to the hashtag reminded me that Aug. 8th was the 50th anniversary of photographer Iain Macmillan capturing the Fab Four in the now-famous album cover.

The epiphany was there for me as clear as Paul McCartney’s bare feet. I would take a risk and put my extreme Beatle geekiness out there for my new colleagues. My “Walk-Up” Song was to be “Here Comes the Sun” which kicks off Side 2 of the album.

The Beatles never fail me. They have been a source of solace for me during troubling times, and I am grateful for their enduring message of love and positivity that have sustained me and countless others.

In fact, I was so inspired by The Beatles that I wrote a book about them. Writing a book had been a lifelong dream of mine and I wanted to share how their lessons inspired me as an educator and school leader. Sharing my book, The Pepper Effect, would not have happened without the love-filled legacy of The Beatles. Their music prompted me to create the hashtag #CelebrateMonday as a way to shift the paradigm that comes with the start of the work week. #CelebrateMonday allows for messages of uplift for our kids and teachers. It took off, I’m proud to say. 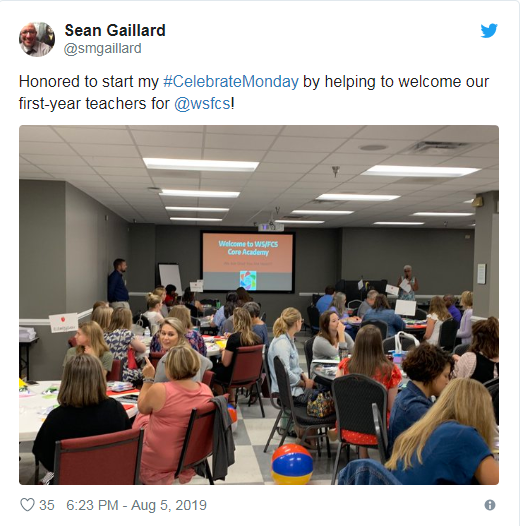 Music Education: The Beatles and the Message of Love

The Beatles’ universal message of love has ignited positivity, social justice action and inspiration for generations. The recent film, “Yesterday,” depicts a world where The Beatles never existed. As an unabashed fan of The Beatles, I cannot fathom the desolation of a world where a parent doesn’t get to lullaby their baby to sleep with the dulcet tones of “Blackbird.” It’s hard for me to realize a world where a teenager isn’t streaming “Revolution” as they begin to question the absurdity of the status quo.

The images of smiling fans gathering around a well-worn Abbey Road crosswalk in celebration of a pop band photograph serve as a stark contrast to the senseless tragedies in Ohio and Texas. The immeasurable sadness of our grieving neighbors in Dayton and El Paso is hard to capture in words. I can only hope that the families and community members find some solace in knowing that their loved ones were part of what makes our world good.

As an unabashed fan of The Beatles, I cannot fathom the desolation of a world where a parent doesn’t get to lullaby their baby to sleep with the dulcet tones of “Blackbird.”

How to Harness the Beatles and Music Education

We need to tune into the beautiful gifts that we all have to stop the senseless hatred and promote positivity through music education. When hatred seems to be the default mode for so many, I, too, can sometimes feel abandoned in my quest for positivity and sincere connection. When those moments occur, I drop the turntable needle on Side 2 of “Abbey Road” and wait for the musical reassurance that is “Here Comes the Sun.” 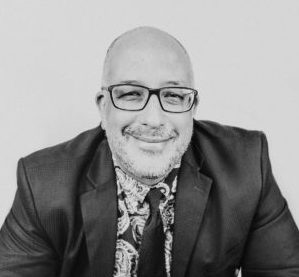 Sean Gaillard is the principal of Moore Magnet Elementary School in Winston-Salem, North Carolina. He is the author of The Pepper Effect: Tap into the Magic of Creativity, Collaboration, and Innovation (June 2018, Dave Burgess Consulting, Inc.). Follow Sean on Twitter @smgaillard and podcast at https://anchor.fm/sean-gaillard.