Rep. Mary Peltola (D-AK) is sworn in by House Speaker Nancy Pelosi, as her family looks on.

This election received national attention for multiple reasons. First, Palin is a well-known figure in national politics and was the 2008 vice-presidential nominee for her party. Second, a Democrat winning in Alaska is often newsworthy. However, what most captured public attention in this special election was Alaska’s use of ranked-choice voting.

What is Ranked-Choice Voting?

In the Alaska special election, Peltola secured the most first-place votes (39.7 percent), but not enough to win an outright victory. Palin came in second (30.9 percent), so the first-place votes of Begich and those who had opted for a write-in candidate were eliminated. While most Begich voters ranked Palin as their second choice, enough of them put Peltola as second to put her over the 50-percent threshold.[4]

However, there are also arguments against ranked choice voting. Critics argue that ranked-choice voting is confusing and that voters are overwhelmed by the task of ranking all candidates rather than just choosing one. For example, Senator Tom Cotton (R-Ark.) wrote on Twitter: “Ranked-choice voting is a scam to rig elections. 60% of Alaska voters voted for a Republican, but thanks to a convoluted process and ballot exhaustion—which disenfranchises voters—a Democrat ‘won.'”[9]

Advocates, who are often a mixture of centrists and far-left progressives who dislike the mainstream Democratic Party,[11] also argue that ranked-choice voting might lessen the impact of dark money and corporate spending on elections. In Alaska, Palin outspent Peltola by 400 percent and Begich outspent both of them, only to come in third.[12]

Lawmakers in 29 states are now considering ranked-choice voting.[13] Andrew Yang, a former presidential candidate and the founder of the Forward Party, argues that ”ranked choice voting ensures the most accurate allocation of delegates based on voters’ true preferences.”[14] Ranked-choice voting is the central focus of the new party that Yang and others launched recently. 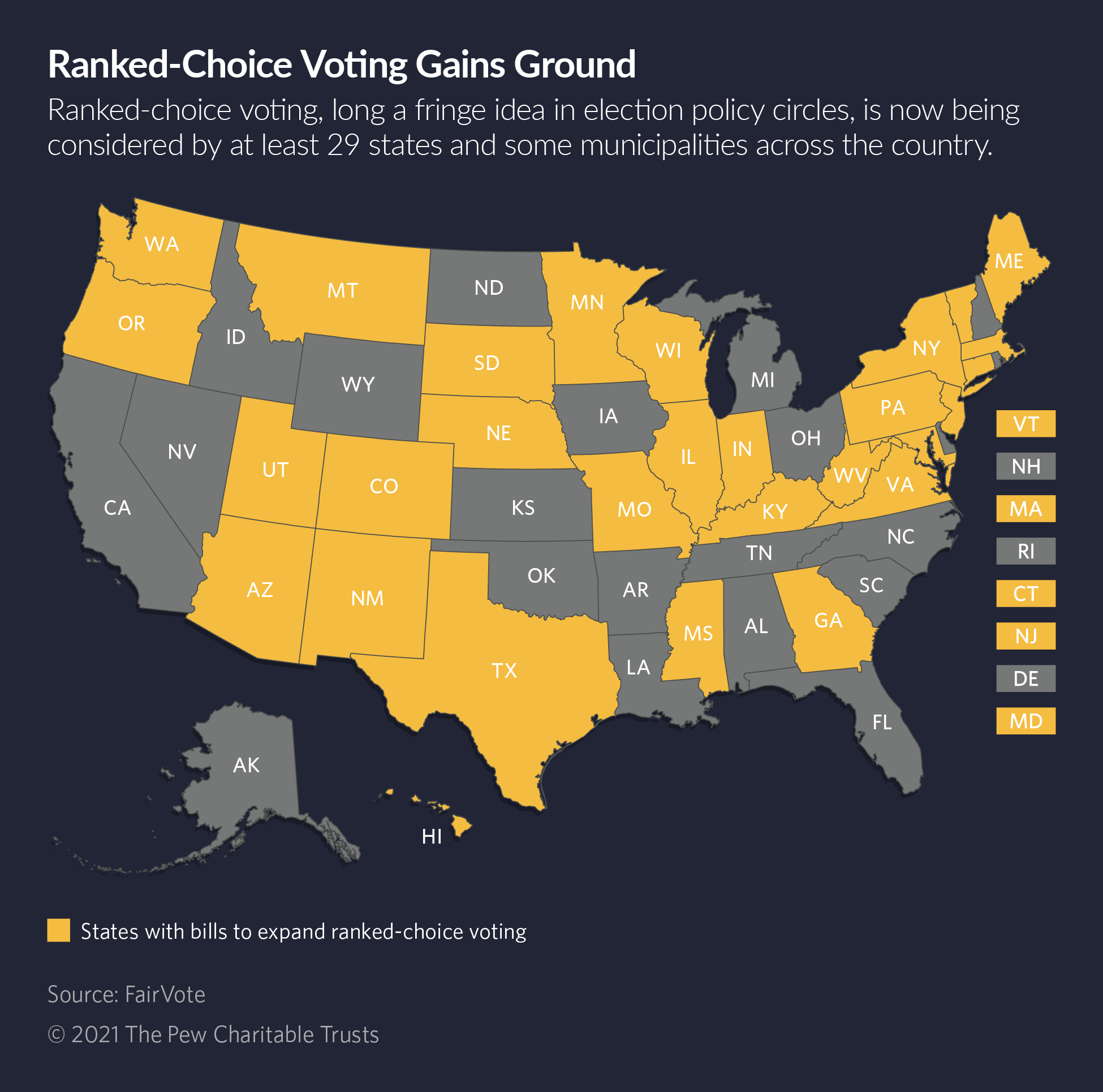 In recent election cycles, voters and candidates have focused on the political and electoral process almost as much as the issues themselves. There have been arguments about voter ID laws, mail-in voting, the Electoral College, and campaign finance laws, to name just a few issues. It is possible that reforms in elections such as ranked-choice voting will continue to be prominent in U.S. political debates for some time.

It's election season in the United States and a good time to teach students about the election process and why local, state and federal elections matter. Explore topics covering election fundamentals, election law and security, youth engagement, famous U.S. elections and more.