Ask students: What have you heard about the new labor movement? Do you think that income inequality is a significant problem in the United States?

The year 2022 has seen a historic surge in labor organizing and union activity. While union organizing at Starbucks and Amazon has garnered the most media attention, the labor movement has also been active on university campuses, at newspapers and other publishers, and in the high-tech industry at Google, Microsoft, Apple, and other companies. This is occurring after almost 70 years of steady union decline.[1] 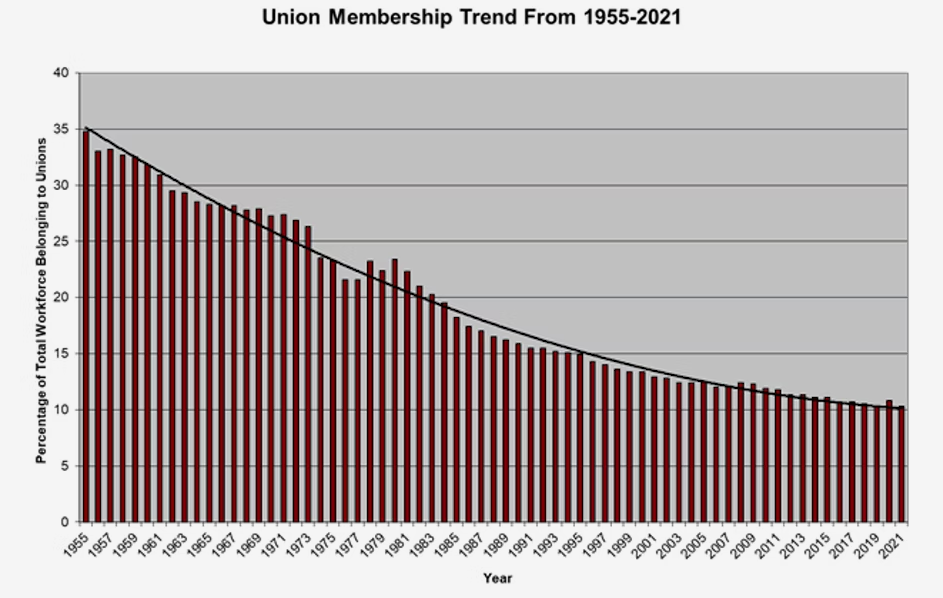 Why is the Labor Movement Gaining Ground Now?

At the end of 2021, two major U.S. companies—Kellogg’s and John Deere—reached newly negotiated contracts with their unions after protracted, public disputes to bring formal strikes to a close.[2] Since then, there has been significant union activity. Employees at more than 200 Starbucks locations have unionized and there have been unionization efforts at many Amazon locations, including one successful effort in Staten Island, New York.[3] 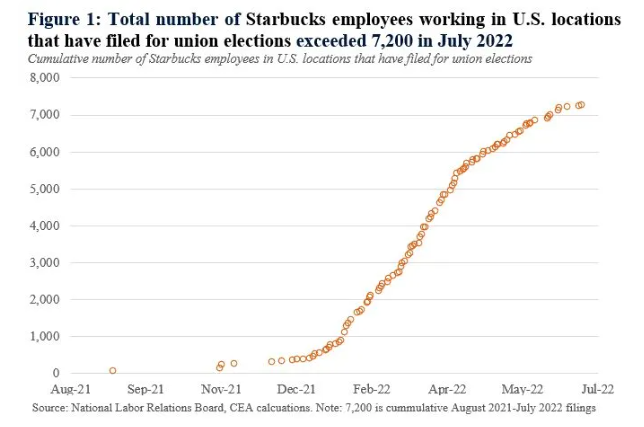 This represents the most significant union activity since the 1930s.[4] So, why is this occurring now? Observers offer several reasons, including the following: 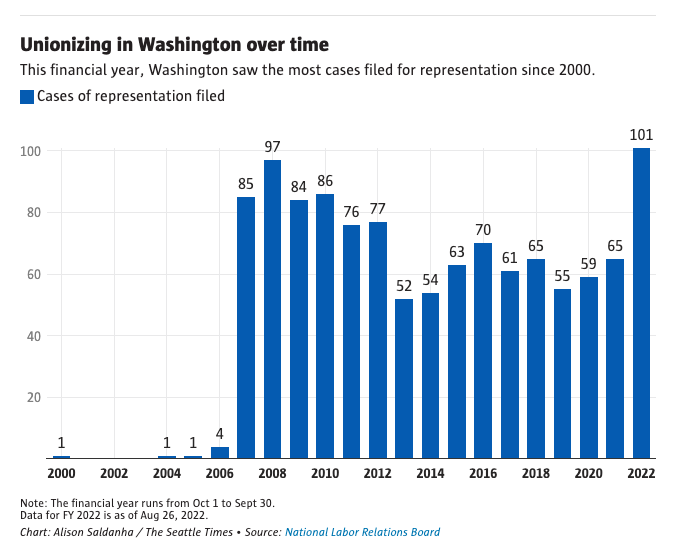 Should Congress Pass Legislation to Protect Workers’ Rights to Organize?

Throughout this new labor movement, organizers have complained that companies are using underhanded, potentially illegal tactics to intimidate workers and block unionization efforts. The NLRB, which enforces laws protecting unions, issued a complaint on Friday accusing Starbucks of 29 unfair labor practices that included over 200 violations of the National Labor Relations Act just in Buffalo, New York.[9] In Seattle, the NLRB says Starbucks is violating U.S. labor law by withholding pay hikes and other benefits from stores that have voted to unionize.[10] The same has happened in other regions and cities around the country, including Chicago.[11] The government has also alleged that Amazon has violated labor laws in several instances.[12]

In this context, some lawmakers are considering strengthening labor protections. One bill, the Protecting the Right to Organize (PRO) Act of 2021, would protect workers’ rights to strike, weaken “right-to-work” laws that currently exist in 27 states, and declare “it an unfair labor practice to require or coerce employees to attend employer meetings designed to discourage union membership.”[13]

Opponents of the law, such as the U.S. Chamber of Commerce, argue that the bill “would undermine worker rights, ensnare employers in unrelated labor disputes, disrupt the economy, and force individual Americans to pay union dues regardless of their wishes.” And the Senate Republican Policy Committee alleges that the bill would “sabotage the economic recovery just as businesses are trying to make it past the pandemic,” as well as “curb workers’ choices, threaten jobs, and increase costs on employers” by “overriding state right-to-work laws, limiting Americans’ freedom to work as independent contractors, and allowing boycotts at businesses not involved in a labor dispute.”[14]

There are also laws being considered in many states that relate to the ongoing labor movement. Some of these laws are to strengthen the protections for organized labor while others are intended to slow the growth of unions and protect employers and small businesses.